Construction is an industry ripe for tech disruption 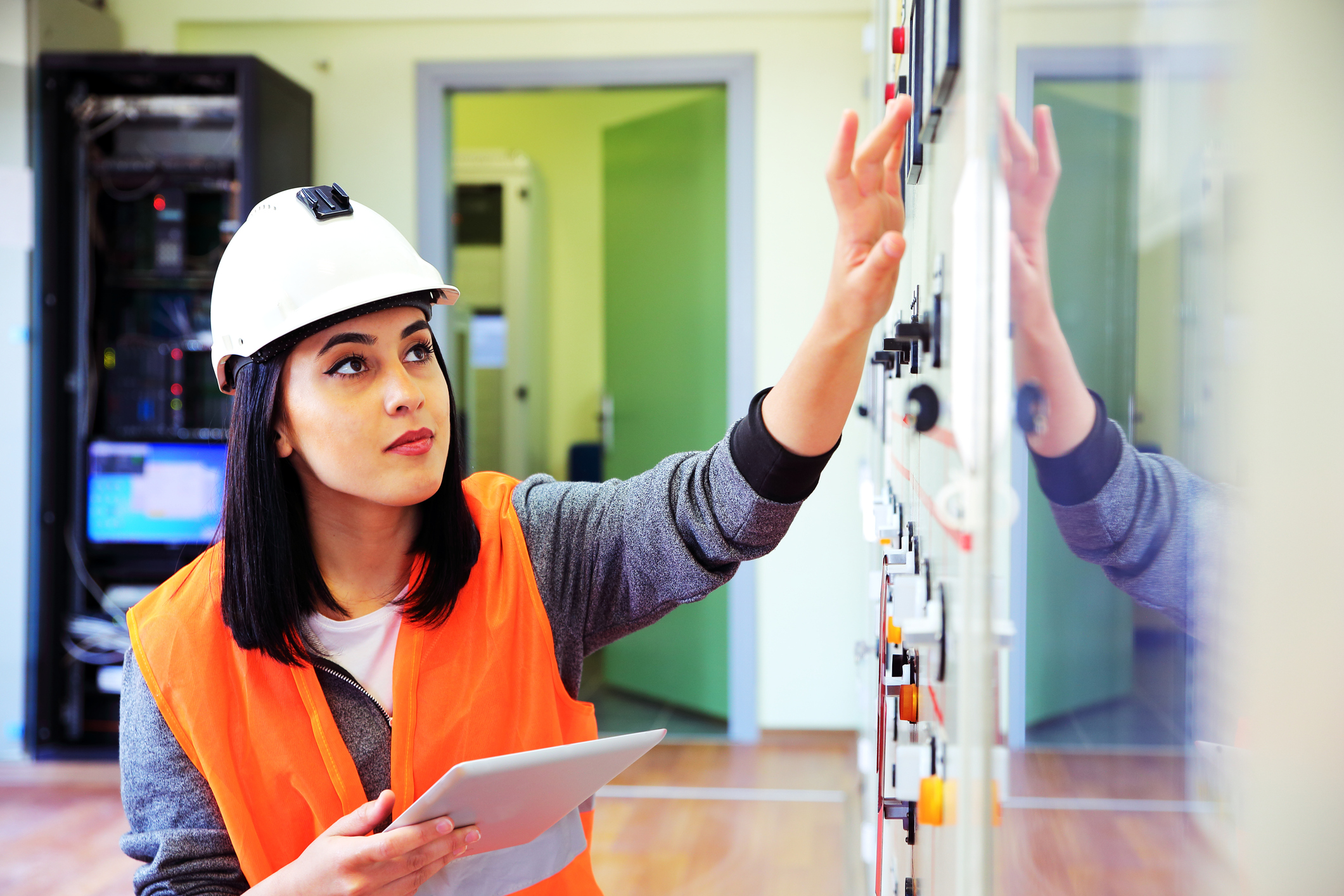 Despite some reticence, the construction industry is on the cusp of a technology revolution which will reshape its future

Innate conservatism are words that are used to describe the construction industry. While the retail and automotive sectors are the proverbial hares when it comes to implementing technology, those who plan our built environment are the tortoises.

“We’re a low-margin industry, which has led to a lack of investment in research and development over recent decades, especially when compared to other industries,” explains Sam Stacey, director of innovation, industrialisation and business improvement at Skanska UK.

However, there’s now a groundswell of professionals who realise technology can disrupt this sector, boosting flat-lined productivity and changing the way the industry works for ever.

“It’s the change in mindset that’s always proven to be the biggest challenge,” says Tim Chapman, director at Arup. “There are still many practitioners who want to protect the established ways of doing things, but the evidence from other industries where technology has taken hold is that soon it will be too big a draw to ignore.”

It doesn’t help that the industry is highly segregated between disciplines making the adoption of unified workflows difficult. Many projects are also bespoke rather than iterations of previous designs. This means the technological applications are more complicated. There’s also been a lack of investment in tools and training.

“Design is heavily rooted in past experience and the latest technologies are viewed as risky and priced accordingly,” explains Mathew Riley, managing director of Ramboll UK. “Construction earns its money on a series of individual, mostly unrelated, projects with no incentive to invest in new ways of working.”

It doesn’t help that clients don’t want to be guinea pigs, testing out new technology, especially if the project has a multi-million-pound price tag, yet there are companies shaking things up. “The amount of disruptive technologies emerging for smarter construction in ‘pursuit of a better way’ is astonishing,” says Jon Harris, director of digital technology at Mace. 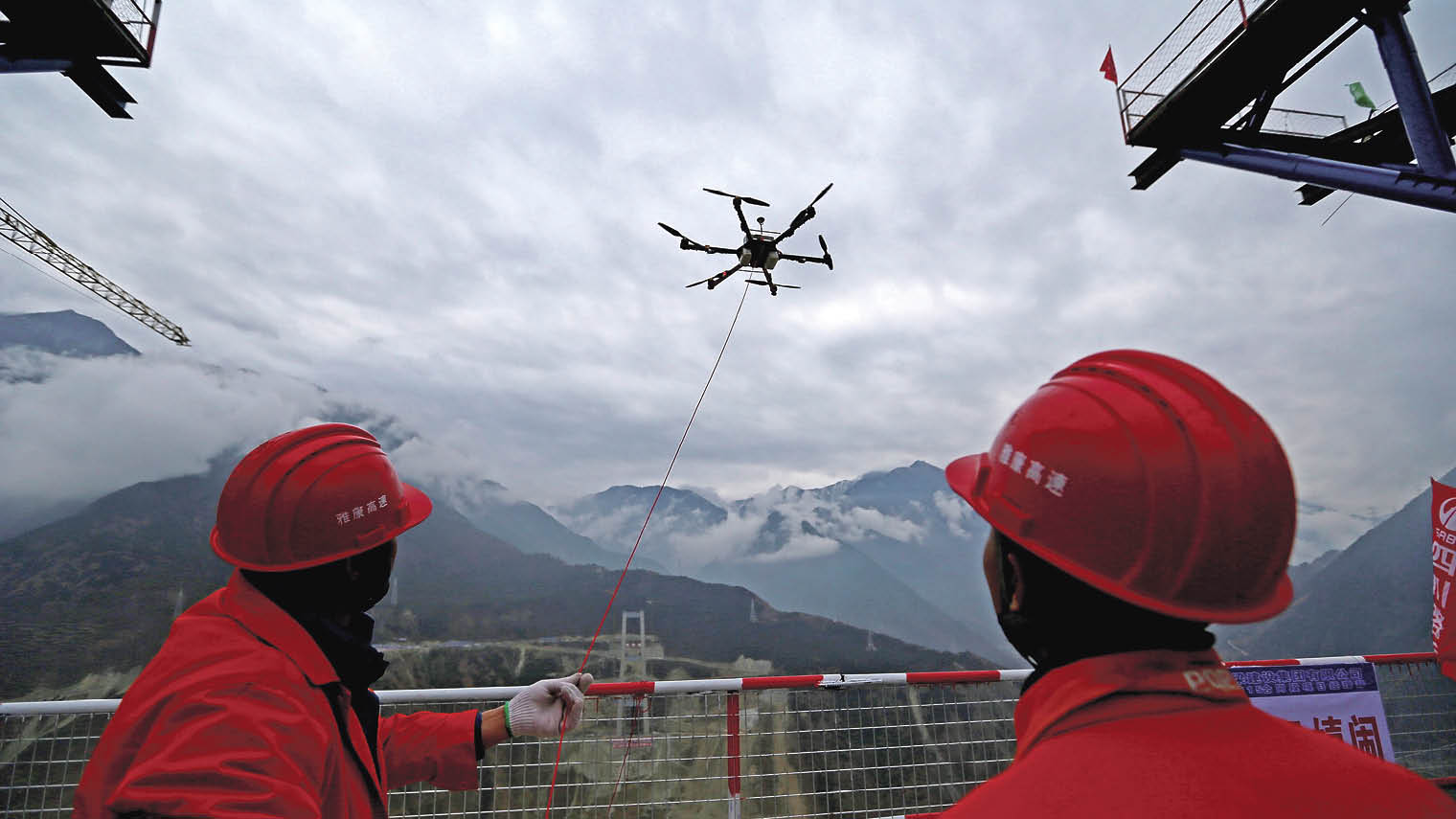 [A drone towing a cable over the Dadu River in the construction of a 1.1km bridge in Ya’an, Sichuan Province, China]

“Adoption is the key to overcoming barriers in the construction industry and will require broad-thinking clients who actively encourage a better way of working for the overall benefit of their project and end-users,” says Paul Westbury, group technical director at Laing O’Rourke.

“It also offers us the single biggest opportunity to mitigate the risk against a skills shortage across the industry, whether accessing a broader skillset in design or reducing the dependency for on-site labour,” says Mr Riley.

Drones are now used to perform surveys, scans and inspections, saving on the cost of employing a well-trained engineer on-site. It also reduces the need for safety equipment and risk assessments since drones can work in dangerous areas.

Health and safety is a big concern for the industry, driving technology adoption and reticence at the same time. “We’re finding that clients are still hesitant about processes automated by computers, as many large building projects involve operating heavy machinery,” explains Mr Chapman.

Some believe it’s time the industry developed a “technology roadmap” where there’s a mutual understanding of the key challenges which need to be overcome and the supporting technologies that will enable this to happen. The Infrastructure Industry Innovation Platform (i3P) is one answer to this.

“Many organisations have experimented with some of these technologies, but to achieve widespread adoption it requires a commitment to collaborative innovation,” Nick Sumption, industry innovation lead for i3P at Thames Tideway Tunnel, concludes. 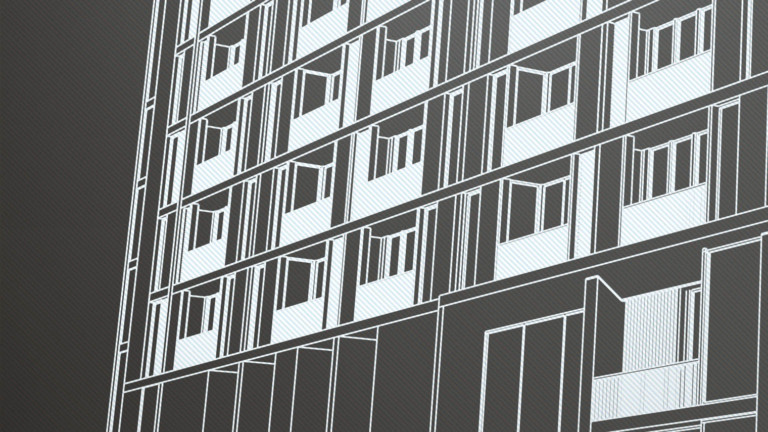 It will transform the way we build; eventually it will be used to design bridges and tunnels, for example, as well as other standard features. Soon we will be able to drag and drop a rail bridge on to a computer model of, say, the High Speed 2 rail link for BIM software to calculate all the parameters.

The software is slowly becoming more sophisticated, so it won’t be long before this will happen. “AI still needs to evolve. BIM is still in its early days. When you look at average BIM data, this becomes clear. AI works with a very complex dataset. Construction cannot yet inform AI, but it will in the future,” says Malcolm Stagg, director of digital engineering at Skanska UK.

Machine-learning will also allow design tools to provide rapid feedback on how to maximise the value of each building site in terms of the best configurations.

“AI will allow greater knowledge-sharing, making sure there is a central brain that learns from experience,” says Mr Chapman. Machine-learning should also free up professionals to spend more time doing creative thinking.

“There is now demand for supply to be cheaper as the global need to construct new infrastructure increases. Applying AI will lead to reduced prices, better safety, and more accurate and rapid assembly,” he explains.

Retrieved from "https://www.designingbuildings.co.uk/wiki/Construction_is_an_industry_ripe_for_tech_disruption"
Create an article