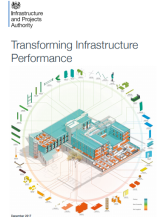 This followed a series of other significant announcements for the industry:

Transforming Infrastructure Performance (TIP) is a long-term change programme with a ten year horizon to tackle systemic problems with the performance of UK infrastructure. It also describes the immediate priorities for the IPA, and was revealed alongside a revised National Infrastructure and Construction Pipeline which sets out £600 billion of public and private infrastructure investment over the next ten years.

The programme explains out how the government will ensure pipeline projects are delivered quickly and efficiently, using the government’s influence to drive modern methods of construction, as well as addressing how lessons learned will be applied to efficiency and productivity in transport. Government spending accounts for a quarter of all construction projects, and this purchasing power can be used to drive innovation and encourage investment in methods such as off-site manufacturing, which they suggest could reduce waste by 90% and speed up delivery times by 60%.

The TIP programme will be led by the IPA and is intended to improve the ways in which infrastructure is planned, procured and delivered, focussing on the whole life performance of systems, rather than the capital efficiency of individual projects.

It defines the core issues as:

The report is set out in four sections:

The immediate priorities for the first two years are:

In addition, a Transport Infrastructure Efficiency Strategy has been produced by Crossrail, Highways England, HS2 Ltd, Network Rail, Transport for London, and the Department for Transport. The Strategy sets out seven core challenges to boost efficiency and productivity. Andrew Wolstenholme, (then CEO of Crossrail and co-chair of the Construction Leadership Council (CLC)) will chair a Transport Infrastructure Efficiency Taskforce (TIET) to oversee delivery of the TIP programme and the TIES, alongside the IPA and CLC. For more information see: Transport infrastructure efficiency strategy.

Tony Meggs, Chief Executive of the IPA, said; “Publishing our Transforming Infrastructure Performance (TIP) programme today demonstrates our commitment to tackling the annual £15 billion productivity gap in construction. The IPA has a significant role to play in helping to create a more productive and innovative sector. We want to maintain confidence in the sector and will work alongside industry, using our purchasing power to drive the adoption of modern methods of construction in both new and existing infrastructure.”

Andrew Wolstenholme said; “The Transforming Infrastructure Performance programme presents a huge opportunity for the industry and government to reap the economic gains from improving productivity during the delivery of the UK’s £600 billion infrastructure pipeline."

In September 2018, the Prime Minister announced a shortlist of 10 city regions that will benefit from £840 million to upgrade public transport links. The shortlist marks the next stage of the £1.7bn Transforming Cities Fund.

The local authorities that will bid for a share of the funding are Derby and Nottingham, Leicester City, the North East, Norwich, Plymouth, Portsmouth, Southampton, Sheffield, Stoke-on-Trent, and West Yorkshire. These regions will each receive an initial £50,000 before decisions are made as to the relative strength of each bid.

The allocation of new funding over the next four years is intended to improve transport links in city regions, giving better access to jobs and helping businesses with better infrastructure such as; new bus routes between residential areas and major employment hubs, congestion-tackling smart technology, docking stations for electric bikes, and so on.

Prime Minister Theresa May said; "These improvements to vital infrastructure will help spread growth beyond London and empower local businesses to create more, better-paying jobs – opening up more opportunities to help people get on in life and be rewarded for their hard work."

In the introduction, Nick Smallwood (Chief Executive Officer of the Infrastructure and Projects Authority and Head of Government's Project Delivery Function) states:

"TIP’s Roadmap to 2030 describes a vision for the future in which we collectively prioritise the societal outcomes we need, and use modern digital approaches and technologies, alongside improved delivery models to achieve them. Achieving that vision requires a system for designing, constructing and operating in the built environment that is more resilient, adaptive and sustainable, and that can better withstand the inevitable shifts and changes we will see in the coming decades."

"The Roadmap builds on the progress we have made since the launch of TIP in 2017, and the landmark publication of the National Infrastructure Strategy in November 2020 and the 25 Year Environment Plan in 2018."

It includes a built environment model that: "...a envisages a new approach to decision making that is founded on an understanding of the interlinked nature of our infrastructure systems." 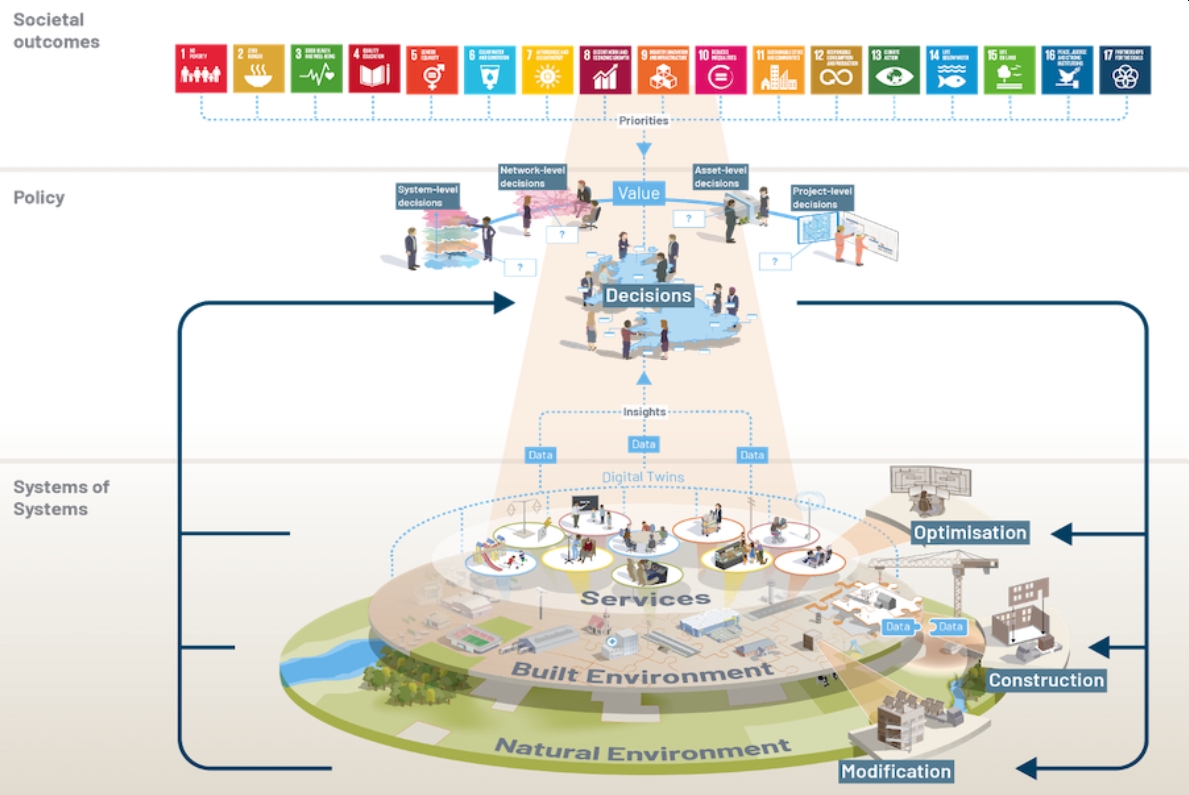 It also includes an Information Management Mandate which replaces the Level 2 BIM mandate announced in 2011.

Retrieved from "https://www.designingbuildings.co.uk/wiki/Transforming_Infrastructure_Performance"
Create an article