The testing of construction materials can be:

Testing may be necessary:

Materials from suppliers will generally have been rigorously tested to the suppliers own standards, will generally comply with the minimum recommendations of the appropriate British Standards, and may have third party accreditation to demonstrate their quality.

Therefore, when they arrive on site, the usual tests that are required are those that check the quantity received against the amount stated on the delivery note, ensuring quality is as ordered, and a visual inspection so that any damage can be flagged up straight away. 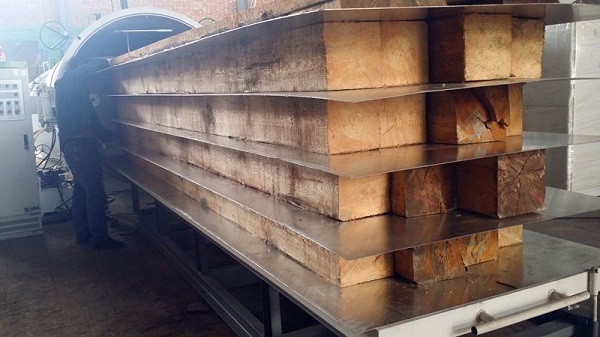 UK national product standards typically recommend that at the time of installation the moisture content should be:

There are two common methods for measuring the moisture content:

This involves drying timber to a relatively constant weight in a ventilated oven at 102-105°C. It is possible to establish a very accurate original moisture content percentage (%MC) by drying a piece of timber in an oven for several hours, and testing it at regular intervals until its weight stops changing.

While this method is accurate, it is a slow process which can, if rushed, burn the timber or render it unusable because of deformations. It is also necessary to have the right kind of ventilated oven, which means it is impractical in many instances.

Moisture meters for timber come in a variety of types but can be divided into two general categories by the method of measurement: 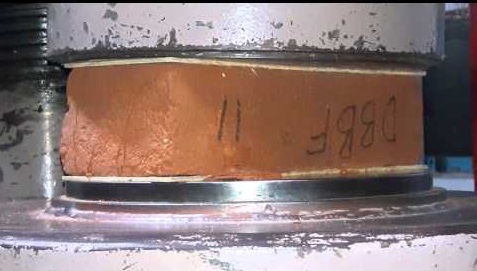 There are several different ways to test bricks, including:

A sample brick is placed on a compression testing machine and pressure is applied until it fails. The ‘ultimate pressure’ level is recorded. Generally, five bricks are tested one at a time, with the average ultimate pressure level being taken as the compressive strength of the bricks.

Bricks are weighed in their normal dry condition and then immersed in fresh water for 24 hours. They are then weighed again. The difference between the weights indicates the amount of water that has been absorbed by the brick. The less water is absorbed the greater the quality. The amount should not exceed 20% of the dry weight.

Efflorescence is a crystalline, salty deposit that can occur on the surfaces of bricks. It is generally a white or off-white colour with a powdery appearance. To test for alkalis that may cause efflorescense, a brick is immersed in fresh water for 24 hours and then left to dry.

If the whitish layer is not visible on the surface then it demonstrates an absence of alkalis in the brick. The ranges that should be followed are:

The brick surface is scratched. If no impression is left then it is of good quality.

Twenty bricks chosen at random are stacked lengthwise, width-wise and height-wise, and inspected for uniformity of shape, size and colour.

Two bricks are held in each hand and struck together. They should not break and a clear metallic ringing sound should be made if they are good quality.

A sample brick is broken and carefully inspected. If it is good quality there should be no flows, cracks or holes on the broken face.

The percentage of bulking can then be calculated as follows:

Therefore, the volume of sand should be increased by 21% over that quoted in the specification.

This test is used to measure the cleanliness of a sand sample by establishing the percentage of silt present. This is important as too much silt will weaken the concrete.

This can be used to ensure that subsequent concrete mixes are of the same consistency.

A steel slump cone should be filled to a quarter depth and tamped 25 times with a tamping rod. The filling and tamping should be repeated three more times until the cone is full and the top levelled off. The cone is then removed and the resulting slump measured. If the mix is consistent, the slump should remain the same for all the samples that are tested. The usual slump specification is 50-75 mm. 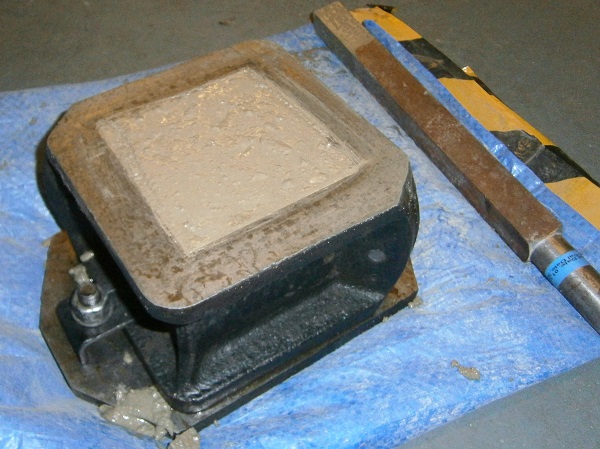 These can be made and crushed in a laboratory to check that the cured concrete has obtained the required design strength. A standard 150 x 150 x 150 mm steel test cube mould is used, thinly coated inside with mould oil. A concrete sample is taken from the discharge outlet of mixer or from the point of placing on site. The mould is filled in three equal layers (50 mm each), each layer being well tamped with at least 35 strokes.

The cubes are generally tested at 7 and 28 days, using a calibrated compression machine. The cubes are tested on the face perpendicular to the casting face. A constant progressing force is exerted until the cubes fail. The reading at the failure is the maximum compressive strength of the concrete.

A Schmidt hammer (also known as a Swiss or rebound hammer) is used to measure the elastic properties or strength of concrete. The varying surface densities will affect the impact and propagation of stress waves which can be recorded on a numerical scale known as rebound numbers. These rebound numbers can be graphically plotted to correspond with compressive strength.

Also known as the Windsor probe test, this is a measure of the penetration of a steel alloy rod, fired by a predetermined amount of energy, into a concrete sample. The depth of penetration is inversely proportional to the concrete’s compressive strength.

A number of circular bars of steel with enlarged ends are cast into a concrete sample. At the appropriate time, the bar and a piece of concrete are pulled out using a tension jack. Although the concrete fails in tension and shear, the pull out force can be correlated to the compressive strength of the concrete.

This uses an ultrasonic pulse to measure vibrations through a concrete sample. The readings can then be used to correlate compressive strength.

Retrieved from "https://www.designingbuildings.co.uk/wiki/Testing_construction_materials"
Create an article