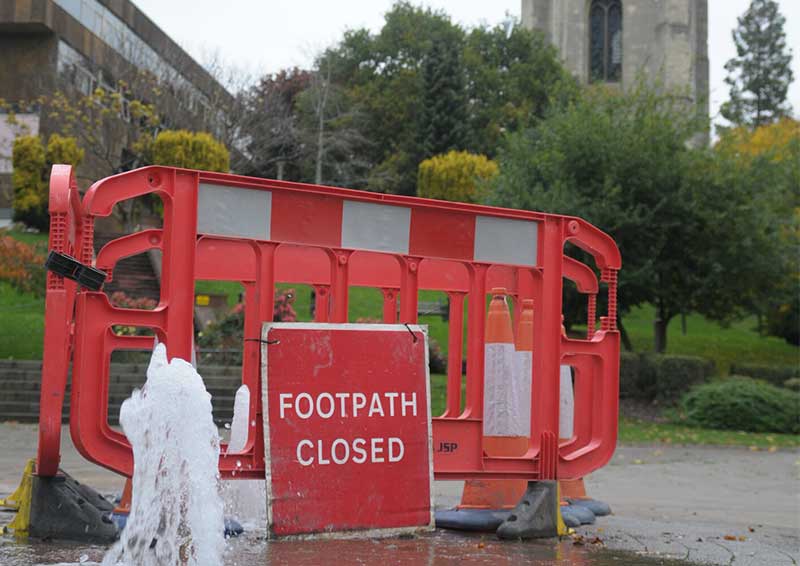 Despite appearing to be a dangerous distraction to some, temporary flood defences are a credible contribution to the increasing challenge of flood risk.

Visible deployment of temporary flood defences during the December 2015 floods in the north of England was widely reported in the media and greatly appreciated by those who were saved from flooding, because flooding causes immense personal misery, physical devastation and significant economic costs.

The Government's National Flood Resilience Review (NFRR) was published in September 2016 in response to flooding and promoted the wider use of temporary flood defences by utilities and the Environment Agency.

Many countries have used such systems successfully for many years, but is this a credible contribution to flood risk management in England?

Temporary flood defences (which might include metal or plastic barriers, water or sand filled containers, pumps and sandbags) are systems that are brought to a site to provide a flood defence for a limited period.

They are then removed until required again at the same or a different location. They have no fixed foundation other than the ground on which they are based with perhaps minor pre-prepared modifications to ensure proper stability or performance of the equipment.

Recent Environment Agency experience shows that these systems can provide a relatively quick and easy means to protect locations against floodwater in some situations. Safe and robust deployment requires reliable flood forecasts far enough ahead to provide sufficient lead time for deployment.

The best option in any specific situation depends on a range of variables (including location, ground conditions, flood scenario, water depth, flow rate, duration) as well as operational factors such as site access and availability of resources, including suitable skilled staff and installation equipment.

With over 100 pre-planned deployment sites, the Environment Agency has built-up experience on what needs to be done before, during and after the flood. Deployments implemented for the east coast surge in mid-January 2017 illustrated how streamlined early forecasting and well organised logistics can readily deliver protection for sites with pre-prepared plans.

Temporary barriers will not provide the same level of protection as permanent defences and typically have failure rates of 20-30%, although these can be reduced by good advanced planning. Generally they cannot withstand large wave action. All systems leak to a certain extent and therefore need to be accompanied by pumps.

Once installed, temporary systems require additional support including security (to protect barriers, and in some cases the protected installation, from theft and vandalism) and health and safety measures such as lighting.

[edit] Temporary flood defences as part of the mix

Many utilities are investing in such systems to complement the 40 km of barrier and over 250 pumps now held by the Environment Agency. Therefore, temporary flood defences are now a key part of England's capacity to fight floods. Nonetheless, the limitations of temporary flood defences should not be overlooked, and relative to permanent defences their benefit will be marginal.

However, if a home is protected by them or essential services maintained, then they are seen as vital. Environment Agency experience in winter 2013/14 and winter 2015 is that the expectation of at risk communities is that the public services must make every effort to fight floods, including through the use of temporary defences, to protect property and essential services.

This article was originally published here on 13 Mar 2017 by ICE. It was written by Craig Woolhouse, Deputy Director, Environment Agency.

Retrieved from "https://www.designingbuildings.co.uk/wiki/Temporary_flood_defences"
Create an article