More homes and businesses are at risk from surface water flooding than from any other kind of flood and the problem is increasing with growing urbanisation and development. 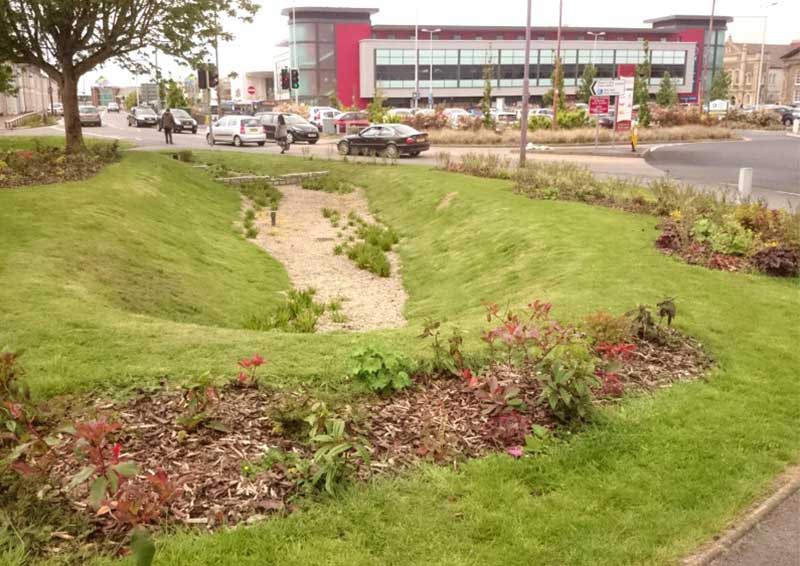 In January 2017, the Government’s own risk assessment presented compelling evidence that climate change is likely to lead to increases in heavy rainfall and significantly increase the risks from fluvial and surface water flooding by mid-century.

It is right that then, that as we look to significantly increase our housing stock, we consider if it will be resilient for years to come. It’s been two years since planning policies on sustainable drainage systems (SuDS) were changed and data on the effectiveness is sparse: There is no requirement for local authorities to report on SuDS uptake, nor monitor whether they are actually implemented or effective.

Following the Lords’ valiant efforts at seeking amendments to the Housing and Planning Act last year, there is now a requirement for the Secretary of State to carry out a review of planning legislation and planning policies for sustainable drainage in England during 2017.

In anticipation of this review, Chartered Institution of Water and Environmental Management (CIWEM) and a range of partners, including ICE, decided to get together the evidence from professionals across the sector.

Last summer they launched the Big SuDS Survey and the request was disseminated widely by a range of professional bodies. The survey generated almost 540 responses, which is believed to be the largest independent survey on SuDS in the UK to date.

They uncovered compelling evidence that suggests action is needed to address some real problems on SuDS and surface water management:

In February 2017, CIWEM launched its latest report on sustainable drainage, reviewing the findings of the survey, at an event in the House of Lords. Members from each of the main political parties, including the Shadow Housing Minister, spoke passionately on the subject of SuDS and in support of the report’s recommendations.

The report concludes that the main barriers to widespread SuDS uptake in England are not from cost or practicality but from policy and institutional barriers.

But CIWEM are trying to be realistic. They know the government doesn’t want to remove the automatic right to connect and we know that the government is rightly concerned about the pace and scale of housebuilding required.

CIWEM are not asking for reams of regulation: sorting SuDS doesn’t need to delay house-building. What’s needed is clarity on some key fundamentals.

The survey reveals a clear call for national consistency in approach. So CIWEM would like to see:

In its review, the government should also look to learn from the devolved administrations.

The different approaches have been outlined in the report: Wales has much broader standards and is looking again at enacting Schedule 3 (of the Flood and Water Management Act); Northern Ireland has ended the automatic right for new development to connect to the sewer; and Scotland has had SuDS as a general requirement for some time. England really is lagging behind.

And finally, it is not enough to just look at new developments, the government needs to look seriously at how SuDS can be retrofitted into existing developments too. After all, it is in our existing streets that most people live and work, where most surface water flooding occurs and where water quality, amenity and biodiversity improvement is equally important.

What is really needed is not a box-ticking exercise. A real review is required that will consider updating policy and standards to ensure that everyone can benefit from the protection and amenity offered by SuDS.

Together these represent over a million members.

The report can be read in full at CIWEM’s website.

This article was originally published here by ICE on 3 Feb 2017. It was written by Laura Grant, CIWEM Policy Advisor.

Retrieved from "https://www.designingbuildings.co.uk/wiki/SuDS_survey"
Create an article