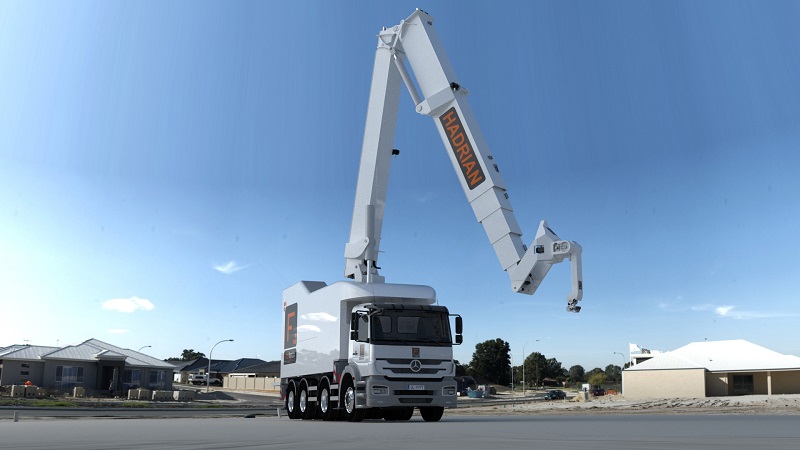 Developed by Fastbrick Robotics Ltd., an Australian robotic technology company, Hadrian X handles the automatic loading, cutting, routing and placement of all bricks, following a computer-aided design, to complete the end-to-end bricklaying of a house in up to 3 days.

Delivery of the first commercial prototype is due later in 2017, following a successful proof-of-concept with the Hadrian 105 technology demonstrator in 2015. 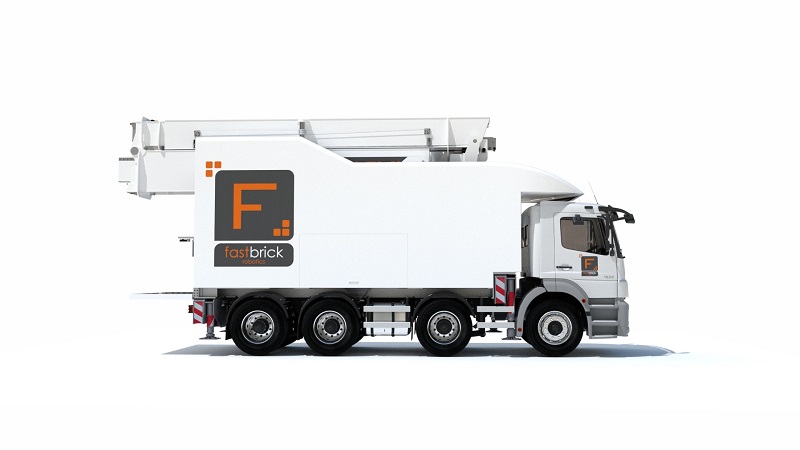 The Hadrian X is built from steel, aluminium and carbon fibre composites. It is controlled by a network of computers, robot vision cameras, servo motors and a laser tracker that monitors its laying position.

According to current performance estimates, the Hadrian X will be able to lay approximately 1,000 bricks per hour, compared to the 300-400 bricks a day that a human bricklayer can place. This, in conjunction with its ability to work 24/7 in any conditions without the need for a break, means that a standard house can be completely built in as little as two or three days.

The machine uses an industrial adhesive instead of traditional mortar, which increases the strength of the structure by four to five times, increases the thermal and acoustic efficiency of the building by up to 70%, and further decreases the build time as there are no delays in waiting for the mortar to set.

The Hadrian X boasts state-of-the-art compensation systems, which means that despite the movement of the 30 m-long boom and external factors such as wind and vibration, the component that actually places the brick stays perfectly still – allowing a high degree of accuracy.

The Hadrian X has been designed to handle a universal range of products up to 500mm x 250mm x 250mm in size.

Using bespoke software, we generate a 3D model of the home, feed the data into Hadrian X and the machine prints the structure course-by-course just like a 3D printer, including all cutting and routing of the bricks for electrical and plumbing services so the finished structure is ready for first fixing within days. No human hands need to touch a brick during the loading, cutting and laying process.

Yes, all these factors have been included in the Hadrian X machine and system. Door and window frames are lowered in from the top once the height has been reached, or fitted as split frames after the build process is complete. Completed walls will also have the channels routed to accept electrical wiring and plumbing which is completed in a dust and noise suppressed section of the machine prior to laying. 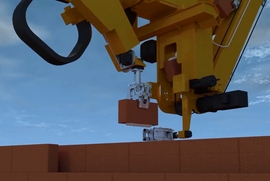 This technology is the next evolution for bricklayers, enabling them to transition from laborious and unsafe practices to being machine operators and site quality supervisors providing a physically sustainable career path.

Fastbrick will endeavour to employ qualified bricklayers for site operations and we have built a network of current Bricklayers that will transition over to this method as the machines enter service. Bricklaying is not viewed as a popular career choice for 21st century school leavers and this was a major factor in the development of the technology.

Fastbrick Robotics will be commissioning the first Hadrian X machines in Australia. The global demand for the machines would indicate that a number of different business models will be pursued to ensure that our Patented 3D automated construction system enters the mainstream in as many countries as possible. Further information about business opportunities will be released in due course.

The Hadrian X will cost approximately AUD $2 million per unit.

The technology is comprehensively patent protected in the USA, China, Australia, Canada, UK, and EU.