Long criticised for being slow to adapt to technology, the built environment sector is quite often accused of building homes too slowly and of poor quality. The pressure is already on to build more homes for the growing population - a population that is set to increase from 67 million to 72 million by 2041. That is a significant number of extra people to be housed.

In 2020, the Government target to build 300,000 new homes a year is not being met. Developers are being encouraged to embrace more innovative ways of building new homes in order to meet demand. Adopting new practices may well be the answer.

In the summer of 2019, three architecture practices came together with Graphisoft UK, the company behind the BIM software solution, ARCHICAD, for the premiere of Habitation: Reinventing Housing for the Urban Age. The film looks at issues such as urban density, affordable homes and sustainability, and outlines how each architecture practice has offered a solution to these challenges.

To view the film, visit this link.

Designed by Waugh Thistleton, Watts Grove is an affordable modular scheme of 65 homes for Swan Housing in East London. The project is set to be constructed with cross laminated timber (CLT) panels produced at Swan’s factory in Basildon.

After making the decision to go modular, Swan commissioned Waugh Thistleton to develop its initial outline scheme based on the designer’s previous experience with CLT schemes. 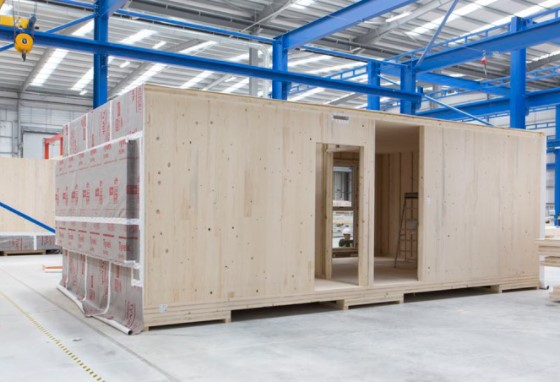 “One of the reasons Swan has looked towards offsite manufacture is because they want to control their supply chain,” says Kieran Walker, associate at Waugh Thistleton. “The important thing to understand about offsite modular construction is that it’s really about repeatable processes and customisable products.”

In this way, he adds, “we can get homes much quicker and more cost effectively, and onto more difficult sites.

“It’s a process that works well on traditional sites that were never intended for an offsite modular scheme. We can customise and adapt the design of the modules to fit.”

Engineered timber, such as CLT, is a versatile material that also offers sustainability benefits. In built up areas struggling to control pollution, like London, CLT can also help with offsetting carbon.

“It’s not about vanity or ego for us. We’re just trying to deliver homes that people need in a more sustainable way that doesn’t harm the planet.”

While Waugh Thistleton has turned to modular, offsite construction and engineered timber, Chris Bryant, partner at Alma-nac, has embraced a concept that he describes as ‘urban dentistry’.

Bryant explains: “You can look at this idea of urban dentistry as carefully picking apart or adding to what’s there with a sort of surgical precision.”

Alma-nac’s 2.3 metre-wide Slim House – a three-bed property built into an old South London stable passageway, which is narrower than a tube carriage – is an example of the firm’s approach.

“There was an existing house on the site that was very small. We knocked most of it down, apart from the façade, and were able to build this new three-storey home.

“The project showed that despite being such a narrow site, we can work with these spaces to achieve a quality of space and a delight of architecture that you could get in any other building.”

Alma-nac has now applied this approach to Paxton House, an office-to-residential conversion in Croydon, South London. Although initially conceived as a build-to-rent scheme, some tenants have since purchased their properties.

Bryant’s team has managed to avoid many of the pitfalls of this type of project by designing dual aspect flats, with living spaces oriented to the south and south west and an access gallery to the north side of the building.

“Most of our work happens in this highly complex urban environment – complex in terms of policy, in terms of the urban fabric, sustainability and the environment,” Bryant says. “All of these parameters together set up something where innovation really shines.”

“A lot of our housing need can be delivered on repurposed sites,” explains Alex Ely, principal at Mae.

However, this does not mean designing and delivering identikit housing devoid of character. Instead, the team at Mae designed the scheme to fit in and reflect the qualities of the surrounding area, while still delivering a dense residential scheme. 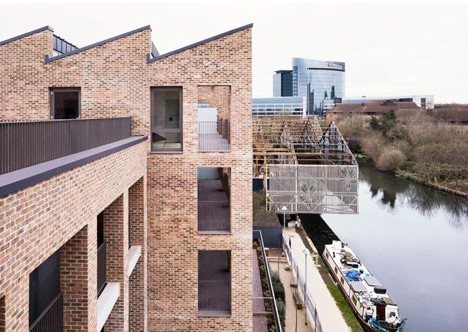 “It’s a mixture of responding to the industrial past and then trying to marry that with the human scale of a neighbouring conservation area,” says Helen Clark, architect at Mae.

This means not only creating a mix of dwelling types, such as townhouses and flats, but also integrating architectural features such as garden walls, front gardens and gable ends.

“We tried to innovate in the project [by developing] a new typology of villas connected by townhouses. The villa plan allows us to create a lot of dual aspect apartments with generous outdoor space and well-lit, generous internal spaces,” adds Ely.

In addition to creating homes with character, the broader moves of the master plan are to connect Brentford High Street, the canal and Brentford station. “Generally, the idea is to make an under used area of Brentford more connected,” says Clark.

[edit] Creating homes for all

The success of each of these schemes, in such a densely populated city, offers lessons and guidance for those grappling to deliver housing in major urban areas around the world. They powerfully demonstrate the creativity and ingenuity that is prevalent throughout our remarkable sector, showing that it is possible not just to build houses, but also to create homes for every human being on our planet.

This article originally appeared in the Architectural Technology Journal (at) issue 133 published by CIAT in Spring 2020. It was written by Liz Male Consultancy Ltd

Can you please add a link to the film?

It has been added! -Editor