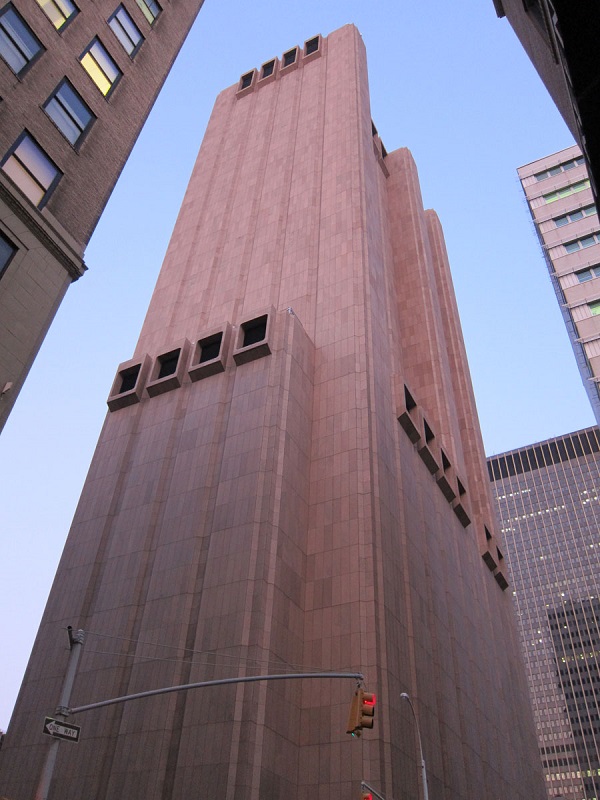 33 Thomas Street, also known as the ‘Long Lines Building’, is a heavily-fortified Brutalist skyscraper located in Lower Manhattan, New York. It was constructed between 1969 and 1974 to serve as a major telecommunications hub for the New York Telephone Company, a subsidiary of AT&T.

It has been a site of mystery to New Yorkers for many years because of the scant information available about its purpose or operations. All that was really known was that it was one of the most secure buildings in America, designed to be self-sufficient and protected from nuclear fallout for up to a fortnight following an attack.

In November 2016, The Intercept published an exclusive report, based on documents leaked by whistleblower Edward Snowden, which provided compelling evidence that the National Security Agency (NSA) has been using the skyscraper as a covert surveillance and electronic spying centre. 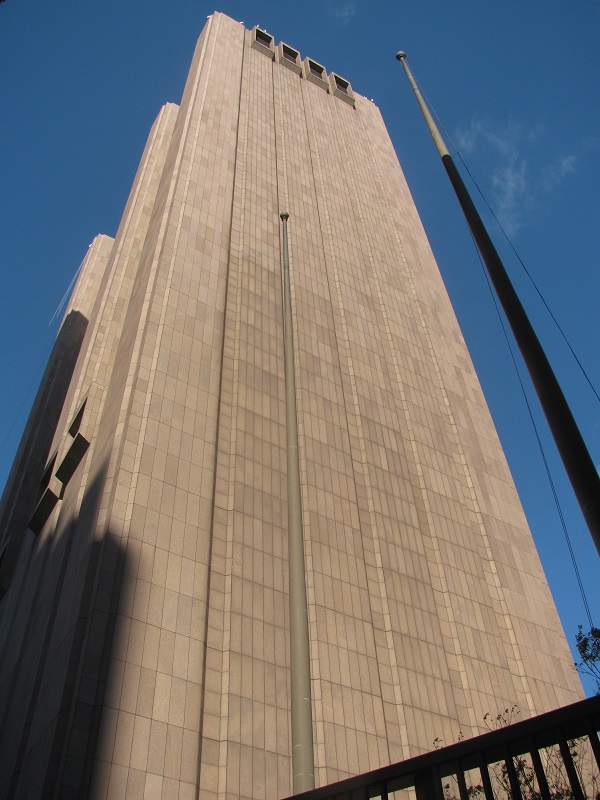 The ‘Long Lines Building’ was designed by the architectural practice John Carl Warnecke & Associates. Some of the original architectural drawings, seen by The Intercept, are labelled ‘Project X’. Warnecke’s brief was to design a ‘20th century fortress’, secure enough to withstand an atomic blast and fallout - a ‘skyscraper inhabited by machines’.

The 167.5 m (550 ft) tower is most unusual, even at first glance, as it has no windows, instead having exterior walls of precast concrete panels clad with pink-coloured granite. As per the original plans, the building is not illuminated, meaning that at night it becomes an enormous shadow in the sky.

From the rectangular base there are six large protusions housing air ducts, stairs and lifts. At the 10th and 29th floors there are a series of large ventilation openings. There are three below-ground levels, including a cable vault.

Another distinguishing design feature is the building’s high ceilings, with an average floor height of 5.5 m (18 ft). The floors are designed to bear unusually large live loads, 10-15 kPa or 200-300 pounds per sq. ft.

While it is unclear how many people work in the building, the original designs suggested 1,500 people would be provided with food, water and leisure facilities. To enable it to be self-sufficient in an emergency, 250,000 gallons of fuel are stored to power generators.

Since it was constructed, the building has been a curiosity to architecture fans, with its dystopian aesthetic contrasting so starkly with the more iconic structures of Manhattan. In 1982, the New York Times described it as being ‘one of the neighbourhood’s few pieces of good modern architecture… It blends into its surroundings more gracefully than does any other skyscraper in this area.” 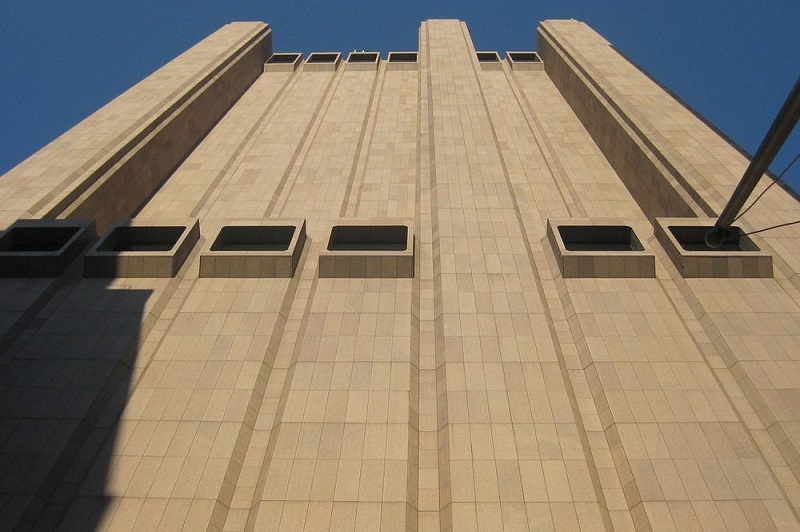 Numerous documents leaked by the whistleblower Edward Snowden in 2013 referred to a ‘core surveillance site’ known as TITANPOINTE, although its exact location was unclear.

According to a November 2016 investigation by The Intercept, 33 Thomas Street is TITANPOINTE, and has been used to tap into millions of phone calls, faxes, and emails each day.

Allegedly, a secure room – the ‘Sensitive Compartmented Information Facility’ – records calls and internet data from around the world, and has been used to target the communications of the United Nations, the International Monetary Fund, the World Bank, and at least 38 countries including Germany, Japan and France.

The Intercept were able to link TITANPOINTE to 33 Thomas Street by analysing secret travel guides. One guide revealed that TITANPOINTE is in New York City, while another revealed that a ‘partner’ called LITHIUM oversees building visits at the facility (‘LITHIUM’ is apparently the NSA’s code name for AT&T).

The NSA have apparently declined to comment on the story.

Retrieved from "https://www.designingbuildings.co.uk/wiki/33_Thomas_Street,_New_York"
Create an article