Treating data as part of infrastructure

In the State of the Nation: Digital Transformation report, ICE called for data to be planned, managed and valued the same as our physical infrastructure – echoed by the National Infrastructure Commission’s Data For The Public Good report. City data expert Jon Robertson explains what this could look like. 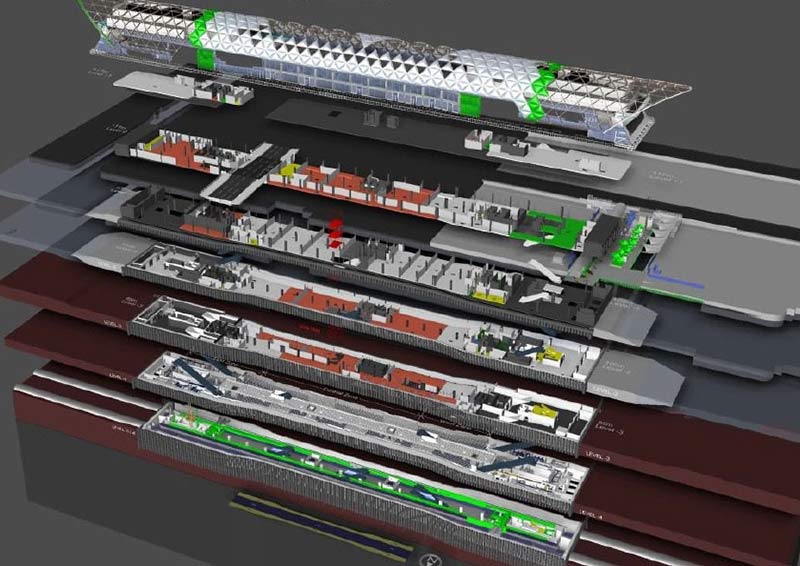 Data is infrastructure. Catchy, but what exactly does that mean?

In the same week, the NIC published Dr. Peter Kawalek’s paper and Ali Bayat’s paper titled ‘Data as Infrastructure’, which outlines a conceptual framework intended to guide government in its strategic decisions for planning and delivering data infrastructure. This is based on the premise that ‘data’ is now a type of infrastructure, like road, rail, or energy and has become such an important part of the national infrastructure that it 'must be managed for the best effect'.

Both reports are predicated on the growing consensus that we’ve hit a tipping point. Our national interest, individual well-being and way of living is hugely reliant on data because of the advanced developments in collection, storage, use and sharing over the past 20 years and its gradual integration into our lives through the products and services it enhances. 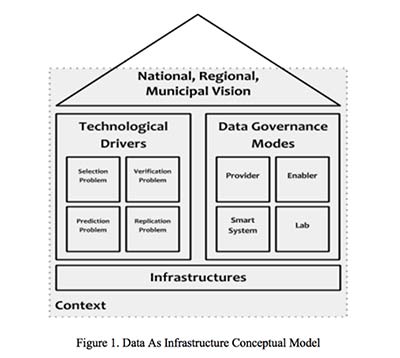 Data contributes significantly to national income and productivity. It’s become so important that we need a framework and appropriate interventions at all levels of government to ensure that data infrastructure is planned, delivered and managed appropriately.

So, if data should be classified as a ‘public good’ and be shepherded in the national interest, does that mean that all data should be opened up? No. But it does mean that government should play a role in stimulating data markets, in addition to the open data movement.

The ‘Data as Infrastructure Conceptual Framework’ proposed by Dr. Kawalek and Ali Bayat is fairly simple. It is designed to guide all levels of government in how it strategically responds to treating data as infrastructure. It suggests there are data technology drivers and data governance strategies that government may adopt in response.

Government at any level (national, regional, local) can adopt one of four roles when it comes to data governance. In fact, they should adopt a blend of the four depending on what they hope to achieve in a given situation. 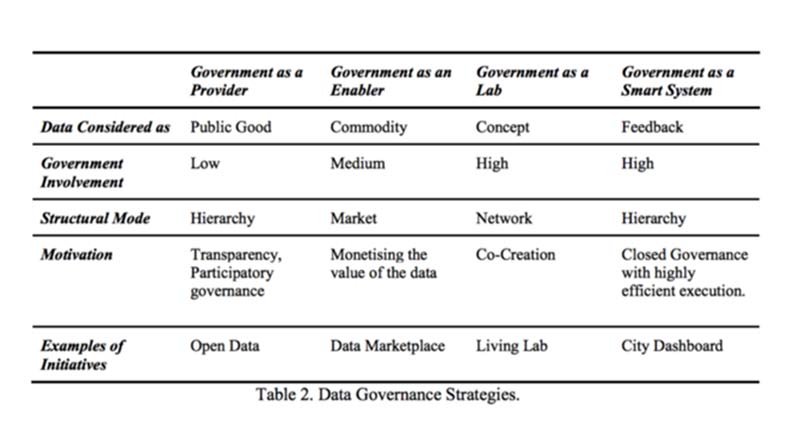 Data strategies that national, regional, and local government can choose to deploy depending on how it considers data and the outcomes it wants to achieve are reflected by Dr. Kawalek below:

“A data governance strategy gains value when it is placed in the broader national context and when it is aligned with the overall vision of the nation.”

The four data governance strategies highlighted in the report are the most critical for us to focus on. They are:

Government as a provider:

Government adopts a strategy focused on the provision of the data it holds to others by pursuing the 'Open' or 'Shared (restricted)' release of its data. This is so others can generate value from that data.’

Government as an enabler:

‘Government adopts a strategy that enables the creation of public and private data marketplaces. This strategy recognises that a lot of data is in the control of the private sector and third sector. Government designs a data marketplace so that there is an exchange among suppliers and users and the optimal value of the data is realised by participants in the market. Government controls access and use of data.’

Government as a lab:

‘Government seeks to develop a network of different data providers and users through a specific initiative. It may create a closed or semi-closed environment for data sharing. A lab allows government to bring data providers together in order to answer specific policy issues or questions and is pro-actively managed through formal governance. This strategy requires high government involvement in design and maintenance of the lab. It requires a high-level of actively managed collaborations and partnerships between public sector, private sectors and citizens.’

Government as a smart system:

‘Government develops highly automated and intelligent closed systems that support both the real-time working of the environment and an ongoing process of analysis/learning about the optimisation of this environment. The concept applies whenever the Internet of Things and other monitoring systems are brought into the whole-scale and real-time management of a facility or a geographical area.

Given that such a system is controlled by or on behalf of the government, it can be described as ‘Government as a Smart System.’ Smart systems will learn through Artificial Intelligence about any issue within their scope, e.g. the best movement of emergency vehicles, crop interventions, patterns of lighting or refuse collection. As data generates the behaviour of infrastructure, it can be said that data is also a hard infrastructure and that it needs to be maintained and managed through a formal approach, analogous to the way that physical infrastructure itself is managed.

This kind of system is closed for the reason that data quality is key, but the system will also support learning and can be integrated into an overall governance framework alongside other roles of government.’

[edit] How might these data governance strategies be implemented by stakeholder groups in the UK?

National government should be consulting on policy and legislation changes that might encourage open data, data sharing and data markets. This may include incentives and penalties for public and private organisations on publishing or withholding their data.

Departments, such as DCLG, should be encouraging city-regions to develop data strategies in their region, focused on unlocking the value to be gained from enhanced data infrastructure and ensuring that local government have frameworks for data agreements and procurements, where data is a large factor.

Combined authorities should be ensuring they have data infrastructure strategies across their city-regions. They should be the responsible authority for strategic decisions concerning ‘Data Labs’ and ‘Smart Systems’ across the local authorities they represent.

Local government should ensure that their data is stored and published in standard formats and that they procure solutions from IT vendors that give them more ease, control and automation on publishing and sharing data.

Software developers should be ensuring that their products are upgraded to incorporate best practices in data publishing. They should utilise APIs and incorporate ‘API Gateway’ technology, which would allow organisations to control and turn on/off the streams of data they choose to open or share with others from a dashboard.

Businesses should be considering what data of theirs can be opened in the national interest and what can be shared through an appropriate commercial arrangement.

Industry leaders and think tanks should be assisting government in informing and delivering their data governance strategies.

This article was originally published here on 2 February 2018 by ICE.

Retrieved from "https://www.designingbuildings.co.uk/wiki/Treating_data_as_part_of_infrastructure"
Create an article