Created at the Bartlett School of Architecture/Interactive Architecture, The Palimpsest uses 3D scanning and virtual reality to record urban spaces and the communities that live in them.

The project aims to question/test the implication if the past, present, and future city could exist in the same place, layering personal stories and local histories of the city at a 1:1 scale.

Designing Buildings Wiki put some questions to one of the key architects behind The Palimpsest, John Russell Beaumont. 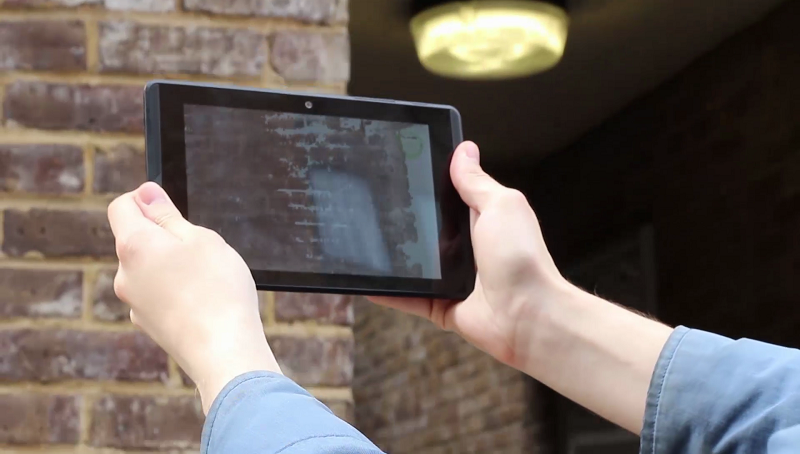 The project actually developed after a series of experiments that pushed us in many directions, primarily with new technologies in low-cost scanning and low-cost virtual reality (VR). As architects and designers, we immediately saw potential for it to become a powerful design tool.

We were particularly drawn to how accessible this new media is. When you see a space in VR, it feels like you are looking into a real, full-size space. Instead of relying on abstract plans and sections or heavily photoshopped renderings, people can explore un-built architecture at a 1:1 scale. I think it’s safe to say it will become a staple in architectural representation.

In this context, we tried to do something productive. Many speculative projects using VR warn about the potential harms -- detachment from reality, isolation, escapism, etc. We wanted to explore the positive. Instead of making us withdraw into cyberspace, could these emerging technologies help us shape our physical surroundings?

When we learned that the neighbourhood where our studio was located was slated for large scale demolitions to make way for the new High Speed Rail, we decided to focus the first iteration on that issue. It is a complex, controversial project, and we aimed to create something that could facilitate open, honest communication between the public, governments, and developers.

Palimpsest is a proposal for high-tech participatory urban development. It started with the idea that the public could use intuitive, low-cost 3D scanners to create 3D collages of their favourite public spaces. These could become proposals in a participatory design process.

As we developed this concept, we realised that it simultaneously creates a historical document of neighbourhoods, buildings, and the people that live in them. This is both important as a record for future generations as well as a tool for the community experiencing the change -- it exists as evidence of what once was, and can be a collective memory of sorts for revisiting important places that have disappeared.

At the same time that the public is uploading and discussing content, the government and developers can respond by showing their proposals in VR, allowing people to understand and participate in the design process. In this way, the Palimpsest essentially functions as a platform where past, present, and future versions of cities can exist simultaneously.

In our view, it is important for it to remain a neutral space where all parties involved - citizens, governments, and developers - can participate in urban development on equal terms.

Lots of trial and error, but with some guiding principles. First, we wanted to try to use low-cost, accessible technology whenever possible. This led us to use things like the Google Tango (a 3D scanner that works in a smart phone), Microsoft Kinect (an infrared scanner for gaming that can be hacked for a variety of uses), and Google Cardboard (a cardboard device that allows a phone to become a VR headset).

Second, we worked to create an aesthetic that was evocative and concrete while avoiding hyperreal graphics. Hyperreal renderings often give people the sense that design decisions have been made and are less flexible, as opposed slightly more abstract points that show the spatial qualities of a proposal without focusing on details like brick colour or window frames. 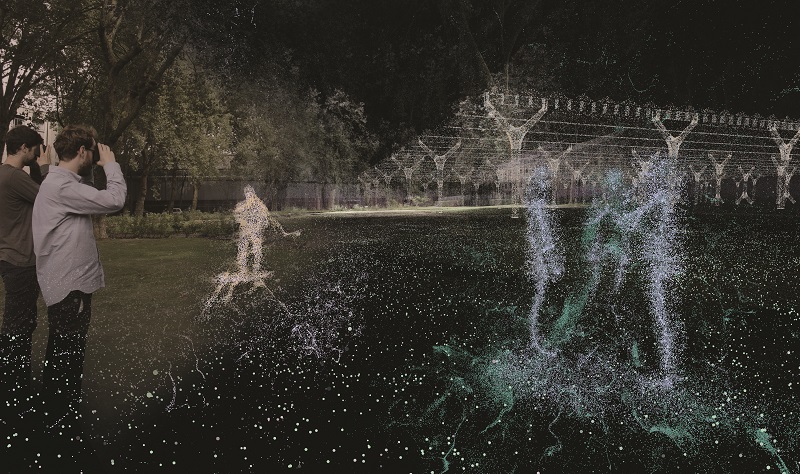 A lot of developers and governments advertise their willingness to listen to the voices of the public. Yet, in many large-scale developments, people say their voices are not genuinely considered, as was the case in many of the protests, interviews, and investigative reports published about High Speed Rail 2.

We would love for a platform like Palimpsest to be part of an urban design strategy from day one, as a way for people to get and share information, to participate in debates, and even collaborate in the design of their cities.

Research shows that VR is an effective way to communicate architectural proposals. It allows you to explore spaces at a 1:1 scale, instead of interpreting 2D abstractions. Because VR is a much more accessible medium, it is an essential tool for participatory urbanism. VR is already being used to sell architecture to clients and luxury real-estate to international investors.

If governments and corporations are serious about participatory urbanism, they should be using the most accessible forms of media to convey proposals and get feedback. At this point, that means using virtual reality. 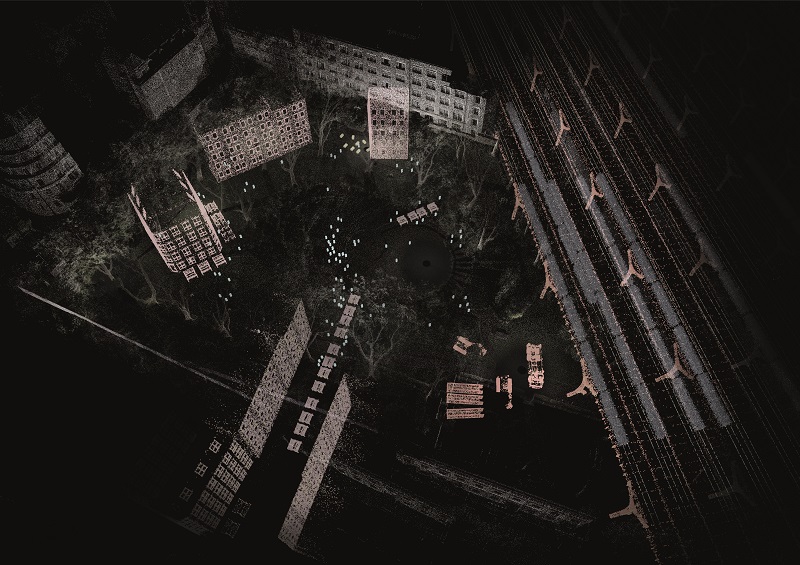 This is an interesting question -- I think it depends on how you define radical. Popular and vernacular architecture might look boring from the perspective of a 'starchitecture' firm or a design blog, but large-scale participatory design that enables communities to become involved in the physical shape of their communities is certainly a radical idea.

From what we saw, opposition to urban change comes from people who feeling like they are losing agency while their lives are being uprooted. Involving people in the process and letting them contribute their ideas is important part of moving forward with any developments, especially radical ones.

We are interested in doing an iteration on gentrification, and are looking at Hackney Wick in London as a possible location. We would also love the opportunity to work with developers interested in using technology to make participatory design more accessible.

Retrieved from "https://www.designingbuildings.co.uk/wiki/The_Palimpsest"
Create an article