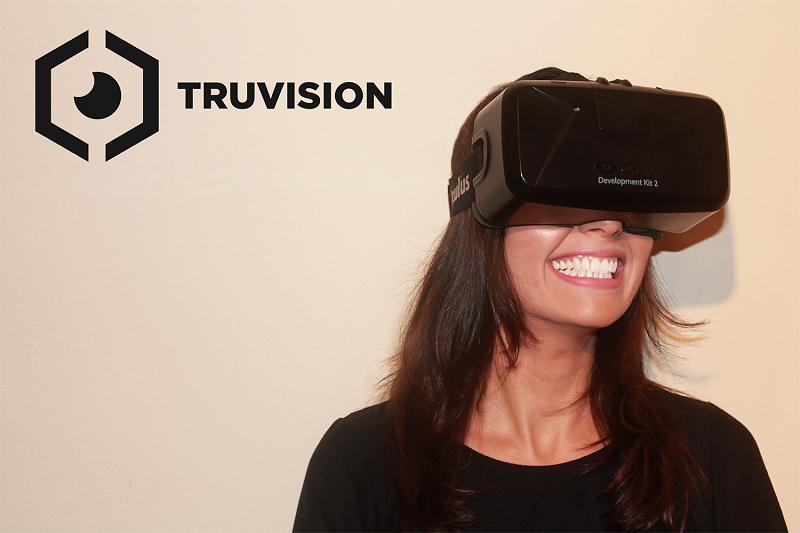 TruVision offers futuristic virtual reality for architecture experiences, allowing you to virtually walk around your new structure or environment prior to its construction. We take models and drawings created by architects and use state-of-the-art technology to create fully immersive architectural visualisations and environments designed to be used with virtual reality headsets.

Experiencing a structure in virtual reality allows you to grasp a sense of scale that a flat architectural blueprint or visualisation simply cannot provide. It also gives the opportunity to spot any issues with the structure before it's built, avoiding costly post-build alterations.

The company was founded in 2015 by four university graduates, Joe Taylor, Connor Handley-Collins, Lewis Goodall and Gary Roberson. During their time at university they were tasked with creating with a real business plan for a particular module in their final year. It was here that TruVision was born. Nearing the end of the year, the feedback, grades and research showed that the idea was certainly viable, with much potential for the future.

TruVision began shortly after their final piece of work in June 2015. At this stage in the virtual reality timeline, the Oculus Rift was still only at 'developer kit 2' and the HTC Vive developer editions had yet to be released, requiring TruVision to face the challenge of creating their own market. TruVision are still in their infancy as the virtual reality market continues to grow. 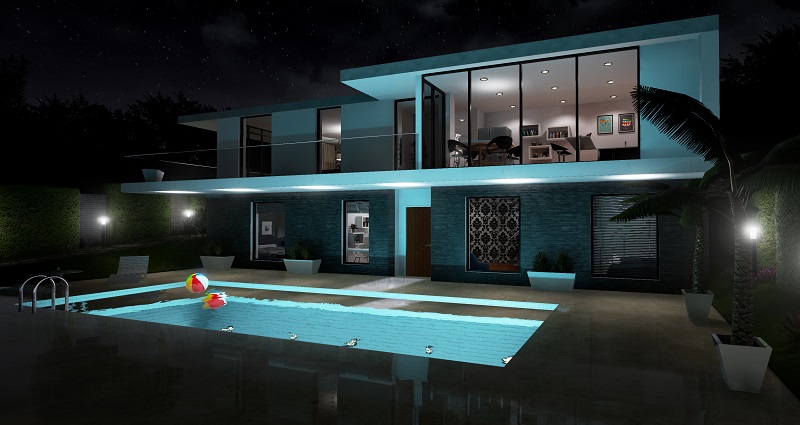 As claimed by the BBC, 2016 is set to be the year when virtual reality goes from niche to mainstream. With Oculus, who were recently acquired by Facebook for $2bn, among other industry big hitters such as HTC and Samsung releasing consumer versions of their respective virtual reality headsets this year, it is only a matter of time until one can be found in every living room. Recognising this, several industries are beginning to adapt to the new technology, particularly the construction industry.

Virtual reality takes a blueprint/drawing and transforms it into a 3D model that has life-like textures, animations, furniture and features, all of which work to trick the mind into thinking it is immersed within the space. Through involving a client in their designs with virtual reality, the industry will be able to demonstrate exactly how the structure will feel once built, something which is impossible through the use of 2D blueprints and flat image renderings. Being able to virtually experience a building and its surroundings also enables the industry and their clients to spot any potential issues pre-build, reducing the chance of any costly post-build alterations. 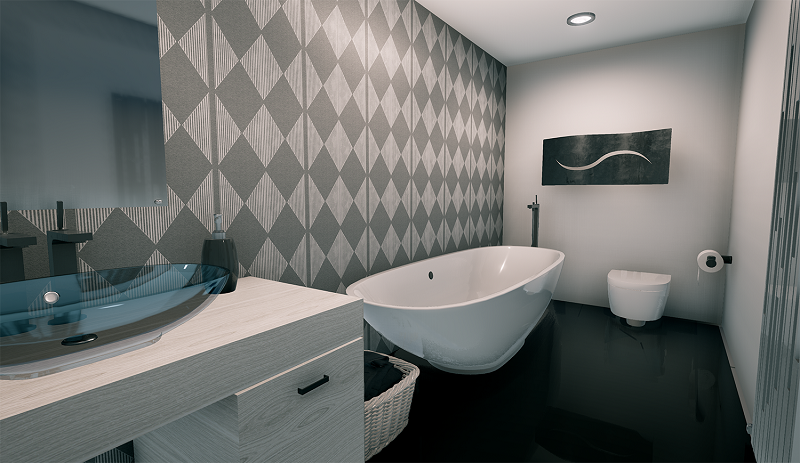 Using interactive technology like virtual reality leads to increased levels of interaction with designs. When walking through a building, users can open doors, turn on lights and even make stylistic changes to the interior.

At TruVision, our projects can be developed to allow users to change almost any aspect of the building's interior design, ranging from kitchen units, wallpaper styles, furniture and much more. Features such as day/night mode are also increasingly popular, allowing the user to experience the project in the day with natural sunlight or at night with artificial light.

Retrieved from "https://www.designingbuildings.co.uk/wiki/TruVision"
Create an article