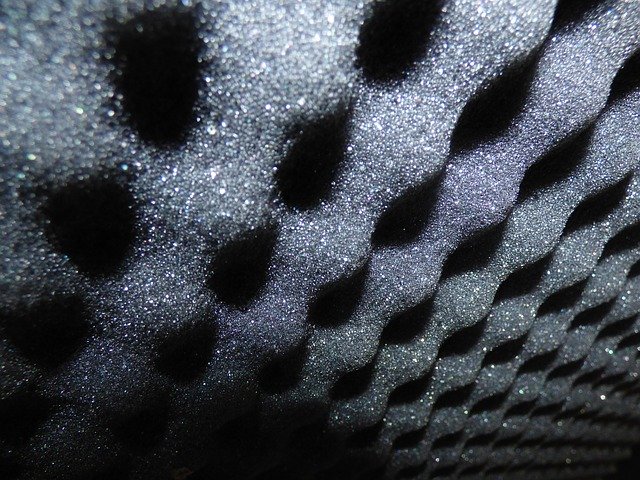 Acoustics is the science of controlling how noise moves in an enclosed area. This includes the minimisation of noise transmission from one area to another and the control of the characteristics of sound within spaces themselves.

BREEAM UK New Construction, Non-domestic Buildings (United Kingdom), Technical Manual, SD5078: BREEAM UK New Construction 2018 3.0, published by BRE Global Limited, defines room acoustics as: '...how sound behaves in an enclosed space in terms of the reverberation time (or degree of echo), overall noise levels and speech intelligibility. Room acoustics are influenced by room geometry and distribution of acoustic absorption either through the general room finishes or through the introduction of sound absorbing products.'

Acoustic characteristics are an important consideration in the design, operation and construction of most commercial and residential buildings and can have an impact on health and wellbeing, communication and productivity. They can be particularly significant in spaces such as concert halls, lecture theatres and so on, where the quality of sound and its intelligibility are very important. They can also play an essential role in residential settings where money and space have been dedicated to home entertainment systems or recording studios.

There are two main categories of sound: direct (which comes straight from the source) and indirect (which is reflected by a surface - before it is received).

Sound intensity is measured in Decibels (dB). This is a logarithmic scale in which an increase of 10 dB gives an apparent doubling of loudness.

Sound pitch is measured in Hertz (Hz), the standard unit of measurement for frequency. The audible range of sound for humans is typically from 20 Hz to 20,000 Hz, although, through ageing and exposure to loud sounds the upper limit will generally decrease.

As well as intensity and frequency, sound also transmits information. For example, music or speech transmit information which people may perceive differently from other sounds.

The acoustics of a room can be influenced by:

There are four frequency zones that have an impact on the way sound moves through a room. In a typical residential space, the second zone, also known as the Schroeder frequency (which ranges from 100 to 200 Hz) is the transitional or crossover zone where room resonances dominate until wavelengths adjust to the size of the room.

Sound insulation across a good conventional, lightweight, office to office construction is typically in the order of 45 dB Dw. This means that if the sound level in the source room is around 65 dB (a typical level for speech), the sound level in the adjacent room, the receiver room, will be approximately 20 dB (barely audible).

If sound levels are increased in the source room however, to 75 dB (raised voice), sound levels within the adjacent room will also increase to around 30 dB (audible). Sound insulation describes the level of sound lost across barrier such as a wall or partition.

Dw represents the sound insulation between rooms. Rw represents the lab tested sound insulation of an element making up a partition wall/floor type. Standards achieved in labs may not be possible on site because of the quality of workmanship and due to sound ‘flanking’ acoustic elements, that is, sound travelling around them rather than only directly through them as under lab conditions.

Room finishes and sound absorbing products can be selected based on the impact they will have on the room's acoustics.

For instance, a room with an abundance of hard, reflective surfaces (such as glass windows, mirrors and timber floors) can result in a space that is too “live”, resulting in unwanted echoes and other excessive noise. This may be unavoidable in rooms where sporting events take place, but it is less than ideal for performance spaces.

At the other end of the spectrum is a room filled with soft, sound absorbing surfaces like carpeting, fabric window coverings or large pieces of furniture. These materials act to deaden sound and remove reverberation, which can also sometimes have a negative impact on the experience produced in the room.

Absorption from some surfaces can be used to reduce sound reverberation and reflection, thus assisting in the balance between “live” and “dead” acoustics in the whole room or in different parts of the room, where necessary.

Approved Document E of the building regulations sets minimum standards for design and construction in relation to the resistance to the passage of sound.

Retrieved from "https://www.designingbuildings.co.uk/wiki/Room_acoustics"
Create an article