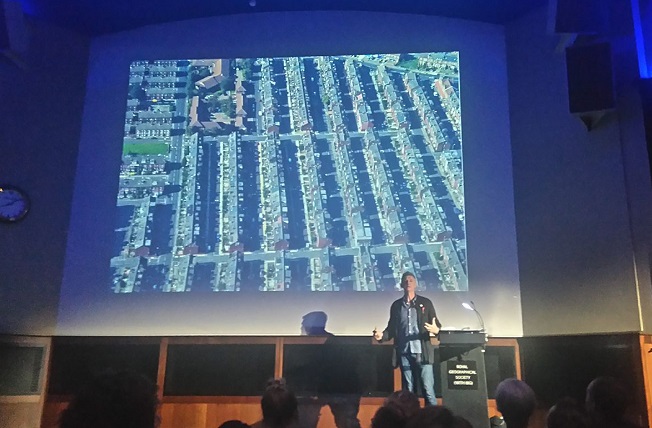 On 24 May 2017, Designing Buildings Wiki attended a lecture at the Royal Geographical Society in London by Peter Barber, the distinguished housing architect. Organised by the Architecture Foundation, the purpose of the lecture was to discuss the role of the street in shaping the public life of the city.

Barber’s relationship with the Architecture Foundation dates back to 2001, when he won their competition for a 40-unit housing development in east London. The Donnybrook Quarter marked a significant change in thinking about the density of development that might be acceptable in the city centre.

The very direct relationship between house and street encapsulated in the Donnybrook project has become a defining theme of Barber's career and has had a big impact on other architects. 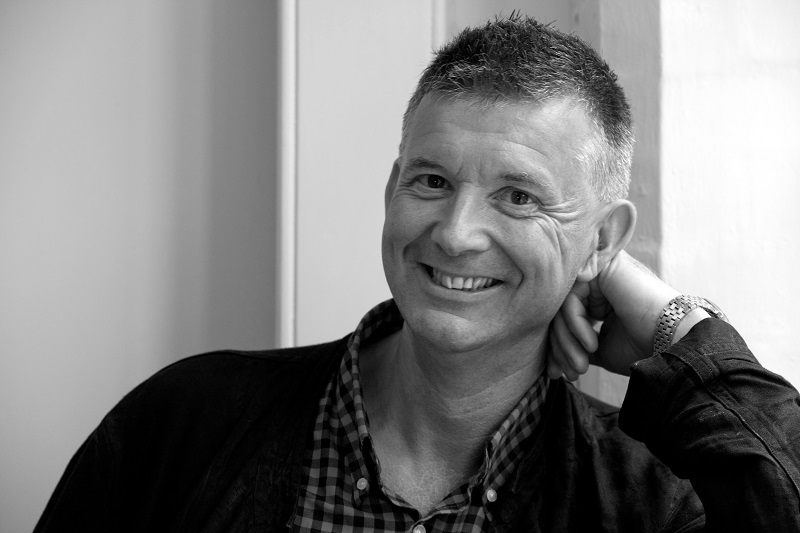 In our recent interview with critic and writer Tom Dyckhoff, he cited Barber as an example of someone tackling the pressing built environment issues of the day, “…and doing so in a beautiful manner”.

Barber began by decrying the “endemic homelessness in London” as a scandal, and quoted Crisis statistics suggesting there are 170,000 homeless people in the city. He said that “future generations will not judge us kindly”, as huge areas of the city such as Nine Elms, Old Street and Cricklewood are “ripped up for investment properties”.

According to Barber, solving the problem, and in the process perhaps “decommodifying the housing market”, could be achieved as follows:

Barber not-so-subtly pointed out that all three of these suggestions are in the Labour Party’s 2017 election manifesto. 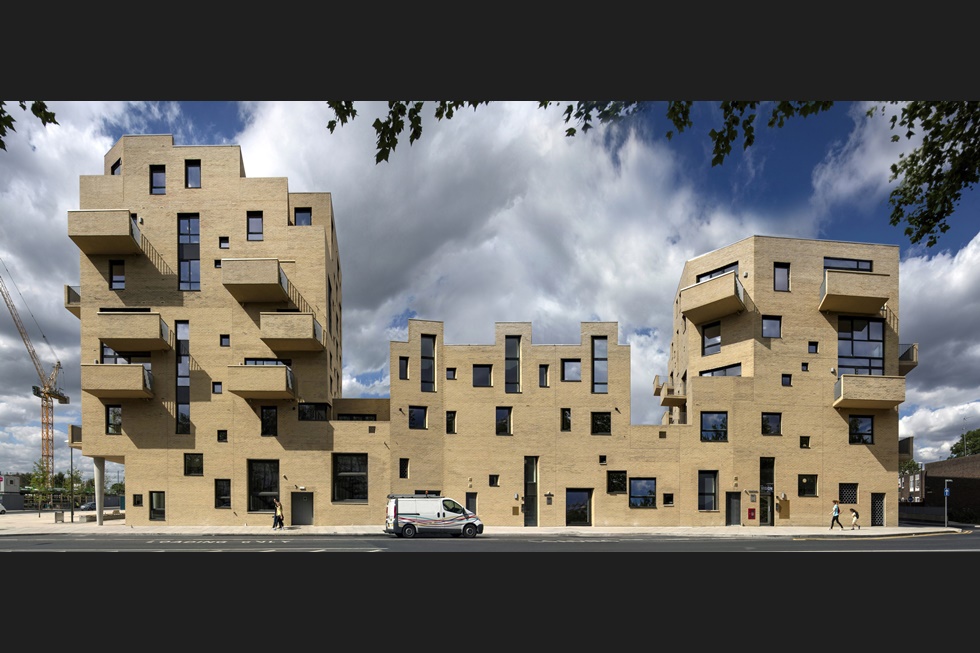 Moving on from the considerable social problems facing London, Barber expanded on his view of architecture as “nothing without the colour of people’s lives overlain on it”.

He declared himself an admirer of Jane Jacobs and said he loved the idea that public space “belongs to everyone and no one… it’s a place where people of all kinds can be visible to one another.” Accordingly he sang the praises of well-axialed grid of streets as the basic building blocks of every city, which compresses social activity into the same space - “it’s easy and it works”. 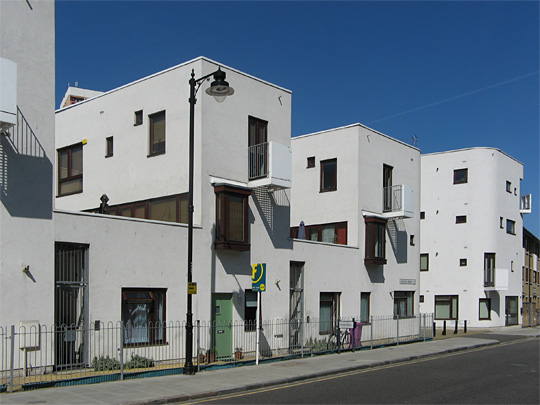 He spoke about the Donnybrook scheme in Tower Hamlets [above] which had been proposed as ‘a celebration of the public social life of the street’. He also touched on his Hannibal Road Gardens project in Stepney Green [below] which provided a successful dual aspect, notched terrace solution to a confined site, and bucked expectations with the use of Swiss-style timber shingles. 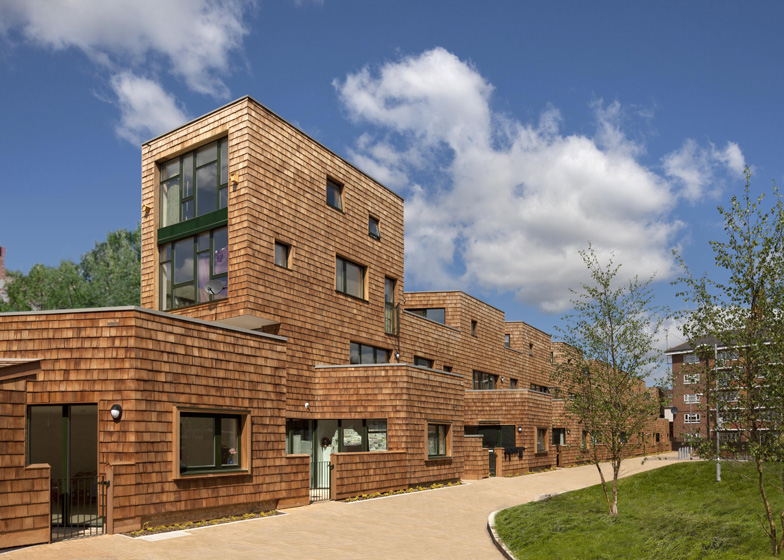 On an in-fill project in Stratford [below] he explained how he had placed the emphasis on the front brick arches and, in the absence of adequate gardens with access to sunlight, he had drawn inspiration from Deep South America stoops on which people sit out at the front of their houses. 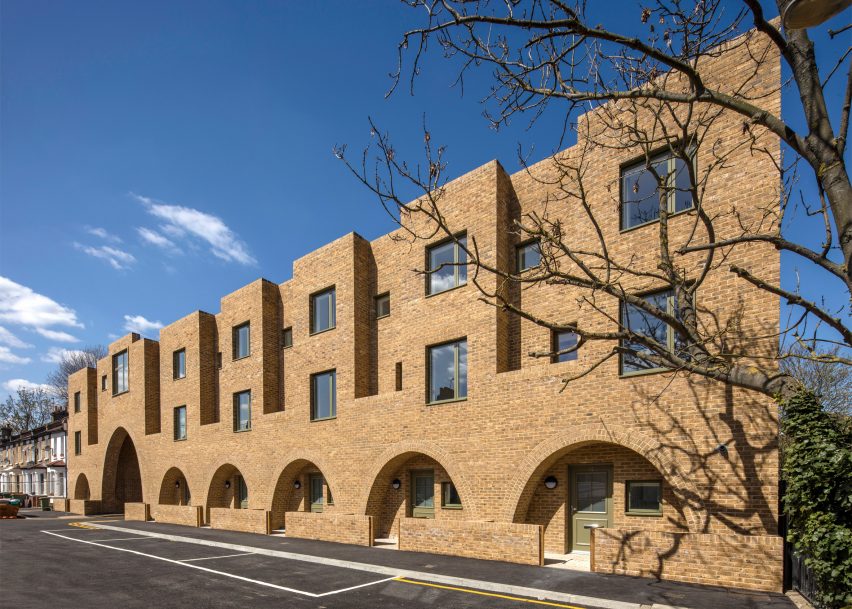 One of the main problems he identified with the kind of high-density housing typologies he favours is trying to approach Building Regulations and space standards from different angles to see where there is room for interpretation and manoeuvring. Although he said, in the words of Rem Koolhaas, “if you don’t like constraints, don’t become an architect”.

Barber raised the contentious issue of back-to-back housing, which by the late-19th century, had been ubiquitous in the north of England until legislation and slum clearances brought an end to it as a viable design solution. Barber said that “we should reconsider it as a high-density option”, since it could meet the characteristically British ‘need’ to own a private dwelling rather than live in rented flats, although he conceded it was “clearly the type of housing for people who like other people!”

Barber also spoke about ‘almshouse’-style homeless accommodation in Camden which will include a community garden and allotment [below]. 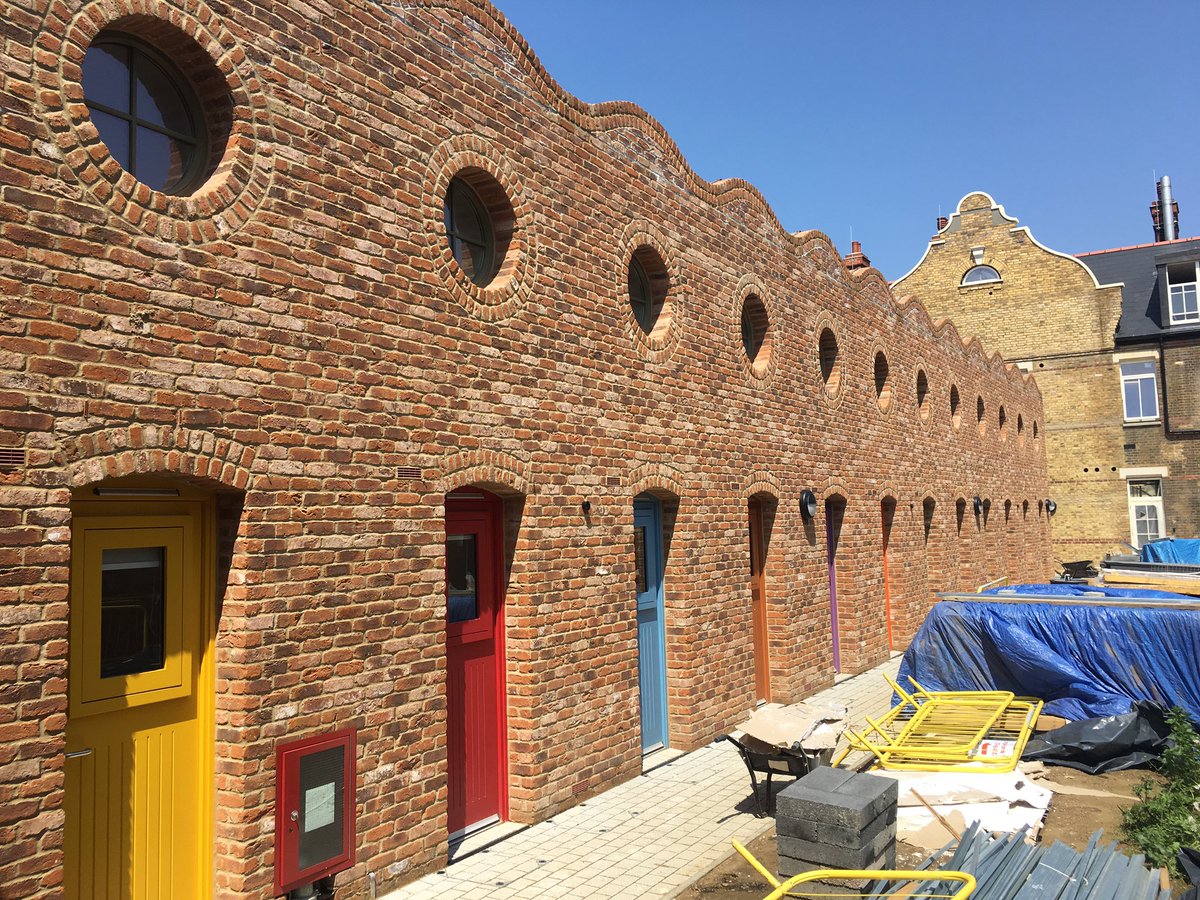 A rather more ambitious unrealised project was his ‘Cold Bath Town’ solution for the undeveloped site at Mount Pleasant in Clerkenwell behind the old sorting office [below]. His proposal re-imagines it as a piece of “dense urbanism” with 700 social housing units built around alleyways and small streets that would open onto intimate public spaces like an Italian city. He said that in his vision, each flat would have a flat roof garden, and a street-facing arcade would be filled with subsidised shops and workshops. 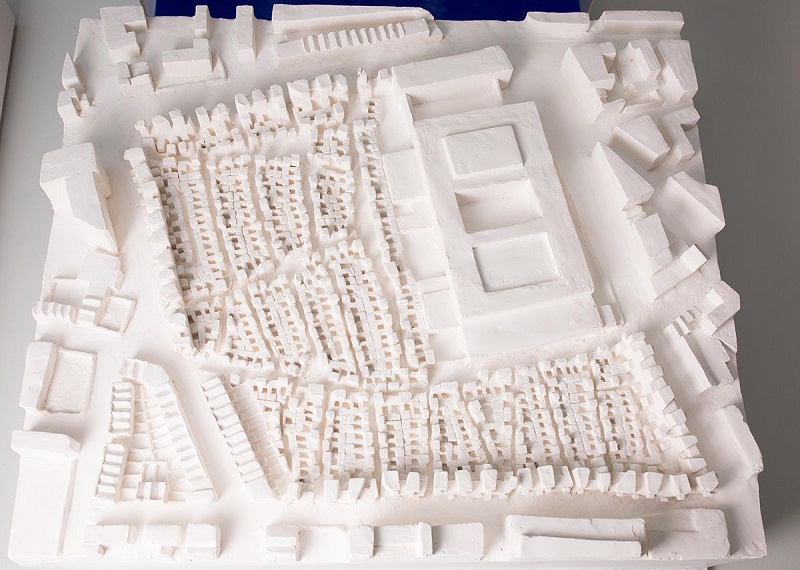 Barber concluded the lecture with his, perhaps even more ambitious, proposal to provide the 2 million affordable houses reported to be needed to meet the need in London. He said that suburbia was one of London’s main problems, as a result of residents’ reliance on cars and the predominantly low density of housing. According to Barber, it makes sense not to knock down ‘heritage’ urban blocks in Soho, but to think about densifying suburbia instead.

‘100-mile city’ [below] is his speculative reimagining of London’s periphery, in which suburbia would be built into by 200 m, to heights of 4 storeys, wrapped around the perimeter where London comes to an end, with intimately scaled streets, purposeful buildings and a monorail connecting suburbia to itself. He labelled this “a linear Barcelonette… Ville Radieuse Blighty-style”. 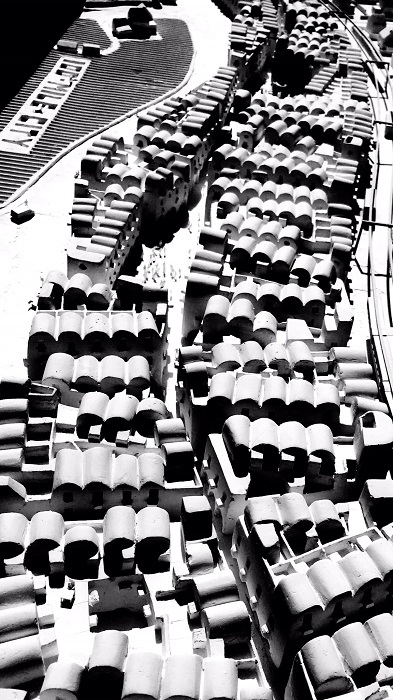 In concluding, he said the only way to tackle the housing crisis was to “start thinking about houses as infrastructure rather than what we’ve become so used to thinking of them as – investments and pension plans.”

It is certainly encouraging, that while some of the ‘starchitects’ occupy themselves with yet more ‘spectacular’ forms of ‘iconic architecture’ which seldom serve the pressing functional needs of the city’s inhabitants, architects like Peter Barber are tackling the hard issues and re-imagining the relationship between the private dwelling and the public realm.

Retrieved from "https://www.designingbuildings.co.uk/wiki/Peter_Barber_lecture"
Create an article