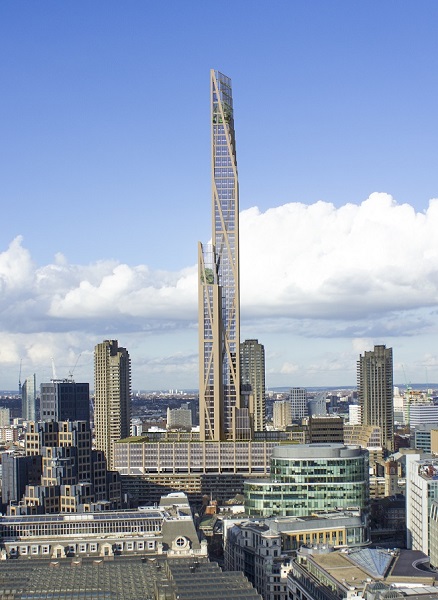 In April 2016, researchers presented the Mayor of London with conceptual plans for the city’s first timber skyscraper, integrated within the Barbican. At 300 metres in height, the tower would be the second tallest building in London after The Shard.

At present, the world’s tallest timber building is a 14-storey apartment block in Bergen, Norway.

The design for the 80-storey structure is the first in a series of timber skyscrapers developed by Cambridge University’s Department of Architecture in association with PLP Architecture and structural engineers Smith and Wallwork with funding from the UK’s Engineering and Physical Sciences Research Council (EPSRC).

The use of timber as a structural material in tall buildings is an area of emerging interest because of a range of potential benefits, the most obvious being that it is a renewable resource. The type of timber these new buildings is regarded as a ‘crop’. The amount of crop forest in the world is currently expanding. Canada alone could produce more than 15billion m³ of crop forest in the next 70 years, enough to house around a billion people. 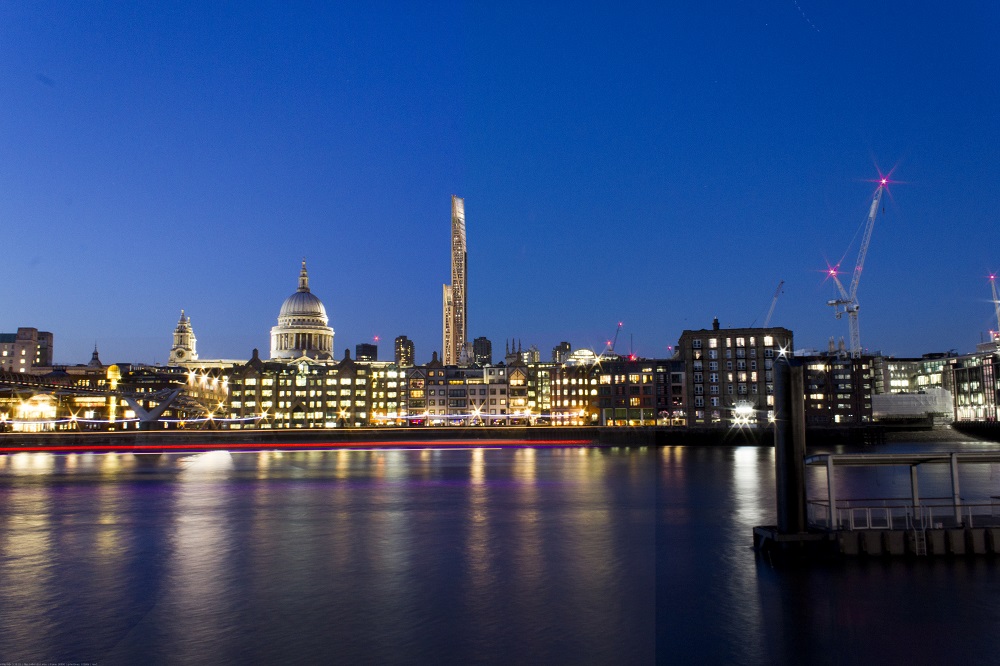 The research is also investigating other potential benefits, such as reduced costs and improved construction timescales, increased fire resistance, and a significant reduction in overall weight.

The conceptual proposals currently being developed would create over 1,000 new residential units in a 1 million sq ft mixed-use tower and mid-rise terraces in central London. In addition, the design team claims that the buildings would:

Perhaps the most obvious concern for potential residents of homes built primarily from timber is fire risk. However, the team involved in the project said the proposed building would eventually meet or exceed every existing fire regulation currently in place for steel and concrete buildings.

Research has shown that timber buildings can have positive effects on their user and occupant’s health. Some recent studies have also shown that children taught in schools with timber structures may perform better than in those made of concrete.

The tall timber buildings research also looks towards creating new designs with timber buildings, rather than simply copying the forms of steel and concrete construction. The transition to timber construction may have a wider positive impact on urban environments and built form, and offers opportunities not only to rethink the aesthetics of buildings, but also the structural methodologies informing their design.

The designers believe that just as major innovations in steel, glass, concrete revolutionised buildings in the 19th and 20th centuries, creating new typologies such as Joseph Paxton’s Crystal Palace and the Parisian arcades described by Walter Benjamin, innovations in timber construction could lead to entirely new experiences of the city in the 21st century. 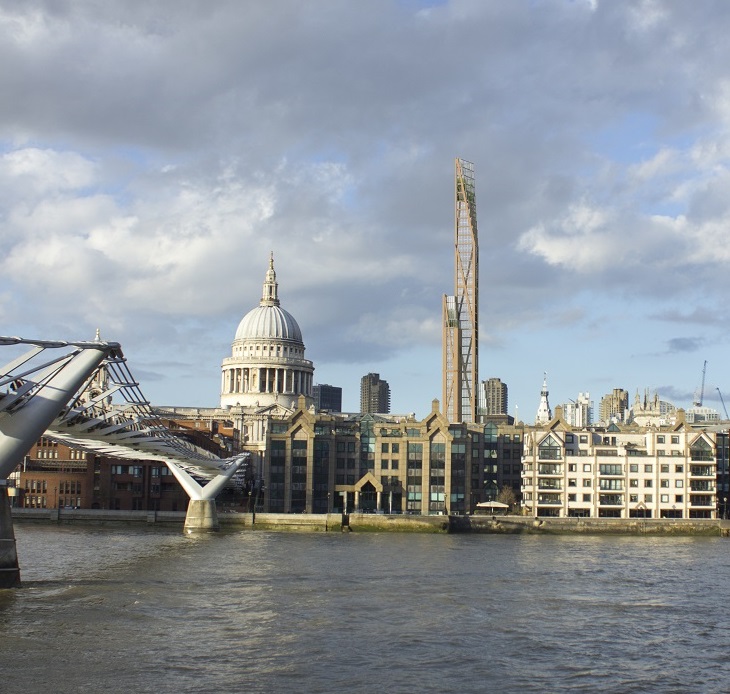 “We now live predominantly in cities and so the proposals have been designed to improve our wellbeing in an urban context. Timber buildings have the potential architecturally to create a more pleasing, relaxed, sociable and creative urban experience. Our firm is currently designing many of London’s tall buildings, and the use of timber could transform the way we build in this city. We are excited to be working with the University and with Smith and Wallwork on this ground breaking design- and engineering-based research.”

“Timber is our only renewable construction material and in its modern engineered form it can work alongside steel and concrete to extend and regenerate our cities. It is only a matter of time until the first timber skyscraper is built”.

“If London is going to survive it needs to increasingly densify. One way is taller buildings. We believe people have a greater affinity for taller buildings in natural materials rather than steel and concrete towers. The fundamental premise is that timber and other natural materials are vastly underused and we don’t give them nearly enough credit. Nearly every historic building, from King’s College Chapel to Westminster Hall, has made extensive use of timber.

“We’ve designed the architecture and engineering and demonstrated it will stand, but this is at a scale no one has attempted to build before. We are developing a new understanding of primary challenges in structure and construction. There is a lot of work ahead, but we are confident of meeting all the challenges before us.”

Great engineering - wonderful to see this technical advance. However, the location seems ill-advised - probably better to put this building in Docklands.