The effects of electromagnetic fields in the workplace 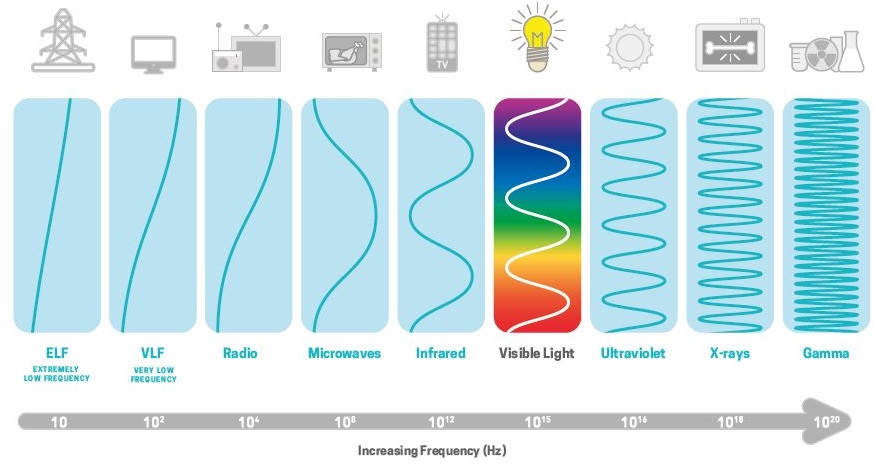 Since the implementation of the Control of Electromagnetic Fields at Work Regulations (CEFWR) in 2016 there has been a lot of talk about electromagnetic fields (EMF). The manager of any workplace must now assess the risk of harm to employees or visitors from EMF. This may include the effect of work equipment and the neighbouring environment on medical implants as well as direct effect on the human body.

The regulations set out a procedure for assessing and controlling risks and include tables of values of electric and magnetic fields at a range of frequencies that should trigger remedial action if exceeded.

The Health and Safety Executive (HSE) have produced useful guidance in their document HSG281 (A Guide to the Control of Electromagnetic Fields at Work Regulations). This includes a list of common home and office electrical equipment that is unlikely to cause any problems. To understand EMF we should also appreciate two related terms used with electrical equipment and the working environment.

Electromagnetic compatibility (EMC) is the branch of electrical engineering concerned with the unintentional generation, propagation and reception of electromagnetic energy which may cause unwanted effects such as electromagnetic interference (EMI) or even physical damage in operational equipment. The goal of EMC is the correct operation of different equipment in a common electromagnetic environment. These are important for equipment manufacturers, but rarely for facilities managers.

All electrical and electronic equipment sold and manufactured in the UK must comply with the EMC Directive 2014/30/EU. There are numerous standards for EMC to help manufacturers and users get electrical equipment to work safely and effectively together, but the most relevant for general facilities management is EN_61000-6-1:2007, Electromagnetic compatibility (EMC) - Part 6-1: Generic standards - Immunity for residential, commercial and light-industrial environments.

Static electric fields such as the static charge built up by walking on synthetic carpets can sometimes be a problem but they are easily solved by including conductive fibres. Work and home environments are pervaded by varying electric and magnetic fields. Some refer to this as 'electrosmog' but that unfairly condemns EMF as undesirable. In fact, EMFs cover the whole world and modern society couldn’t manage without them. Radio, TV, mobile phone, WiFi and Bluetooth are considered essential services.

Electric fields depend on voltage so they are most intense around high voltage electrical equipment such as overhead power lines, which may be at as much as 132 kV. Electric field strength is usually measured in volts per metre, V/m.

Magnetic fields are usually measured in Tesla, but sometimes, particularly in the vicinity of electrical equipment in amps per metre, A/m, which reveals that they depend on current flowing through electrical conductors.

The effects of EMF vary with frequency or wavelength. Radio waves are some of the longest wavelengths transmitted through the air, up to several kilometres; a 3 km wave is 100 kHz, Longwave radio. The 2.4 GHz used by microwave ovens has a wavelength of 125 mm. But EMF generated by power cables represents a much longer wavelength; a 50 Hz power cable generates a wavelength of 6,000 km.

The electromagnetic spectrum shows how the EMF generated by different equipment is related. Field strength tends to decrease with distance from the source because the field covers a wider area at a greater distance. The rate of decrease is rapid for distances less than two wavelengths. For example, a mains cable producing a magnetic field of 1,000 μT at 100 mm would only produce 1.0 μT at 1,000 mm.

In homes and offices, the main sources of EMF that could cause concern are:

In industrial environments there is a wider range of equipment that generates electromagnetic fields and mostly the managers of facilities with such machines are well aware of the health and safety issues. Some research has shown that a few people are sensitive to relatively low levels of EMF, so in some environments, particularly in the USA, specifications may require building managers to limit mains frequency EMF to 0.5 micro-Tesla (μT). However, the general guidelines and the CEFR for the working environment and public places in the UK only recommend taking action to limit exposure if mains frequency EMF exceeds 1,000 μT or 10,000 V/m.

BSRIA has been conducting EMF surveys for over 20 years, at first magnetic fields were interfering with old CRT computer screens but now it has all changed to LCD the fields are not so noticeable. Very few surveys have revealed EMF that require action under UK regulations.

One was the engineers’ mess room in a data centre which had been placed next to the main 5 MVA transformer. There was 1,500 μT in the rest area but moving to the store room next door reduced their exposure to 10 μT. To summarise, everybody responsible for a workplace should be aware of the potential risks from electromagnetic fields, and managers should do a risk assessment, but most workplaces will not require any action. If your workplace contains any unusual electrical equipment it would be worthwhile finding out how much EMF it produces.

This article was originally published here by BSRIA in July 2018. It was written by Colin Pearson.

Retrieved from "https://www.designingbuildings.co.uk/wiki/The_effects_of_electromagnetic_fields_in_the_workplace"
Create an article