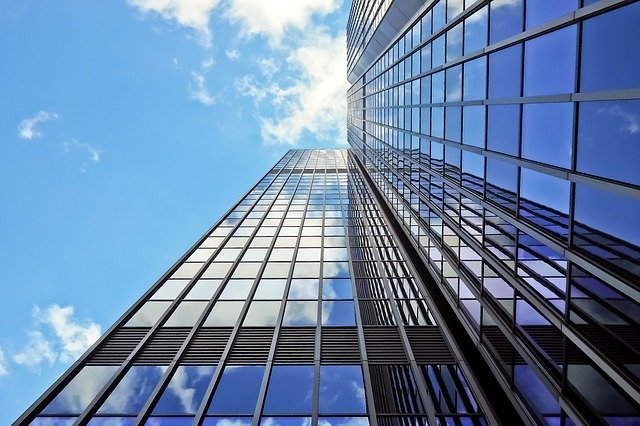 The amount of long wave infra-red radiation which a surface of known temperature (such as the façade of a building) will emit to its surroundings is determined by its emissivity. According to Kirchoff's law, the emissivity of a surface is equal to its radiant absorptivity at a given temperature and wavelength.

All bodies which are hotter than 0°K emit thermal radiation and absorb thermal radiation. The difference in the total amount of radiation emitted and absorbed by a body at any given moment may result in a net heat transfer which will produce a change in the temperature of that body.

Thermal radiation includes all those wavelengths of the electromagnetic spectrum which will heat a body when absorbed by it, ranging from about 100 nm to 100,000 nm. In general, the higher the temperature of a body, the lower the average wavelength of the radiation it emits. The range of terrestrial temperatures experienced within the built environment is comparatively small, and relative to the temperature of the sun this range is ‘cold’ and hence radiating at a much longer wavelength. This anomaly allows us to categorise thermal radiation as solar radiation and terrestrial or long wave infra-red radiation.

The wavelength of terrestrial radiation varies with temperature, however at room temperature approximately 97% of the radiation emanating from a perfect emitter will be within the range 3,000 nm to 50,000 nm. Terrestrial surfaces emit long wave infra-red radiation in all directions within a hemisphere about their azimuth.

This hemisphere can include a wide variety of thermal bodies, ranging from the clear night sky to relatively warmer solid bodies, all of which will be emitting different intensities and wavelengths of thermal radiation themselves. In order to simplify this complex situation terrestrial radiation is generally treated as an average heat transfer based on hemispherical emissivities and average hemispherical surface temperatures.

Emissivity can be an important factor in selecting building materials. For example, glass, can be given a low-e coating to reduce heat loss to the outside. In effect, this coating increases the reflectance of long wave infra-red radiation back into the interior by reducing the emissivity of the glass (its long wave infra-red absorption). Conversely, ‘cool roofs’ benefit from high emissivity, re-radiating absorbed solar radiation to the sky to reduce overheating in the summer.

There is also increasing interest in the urban heat island effect, a term given to localised higher temperatures that are experienced in urban environments compared with the temperatures of surrounding green spaces. This is predominantly a factor of solar absorption, but can be reduced by high emissivity.

Retrieved from "https://www.designingbuildings.co.uk/wiki/Emissivity_in_buildings"
Create an article