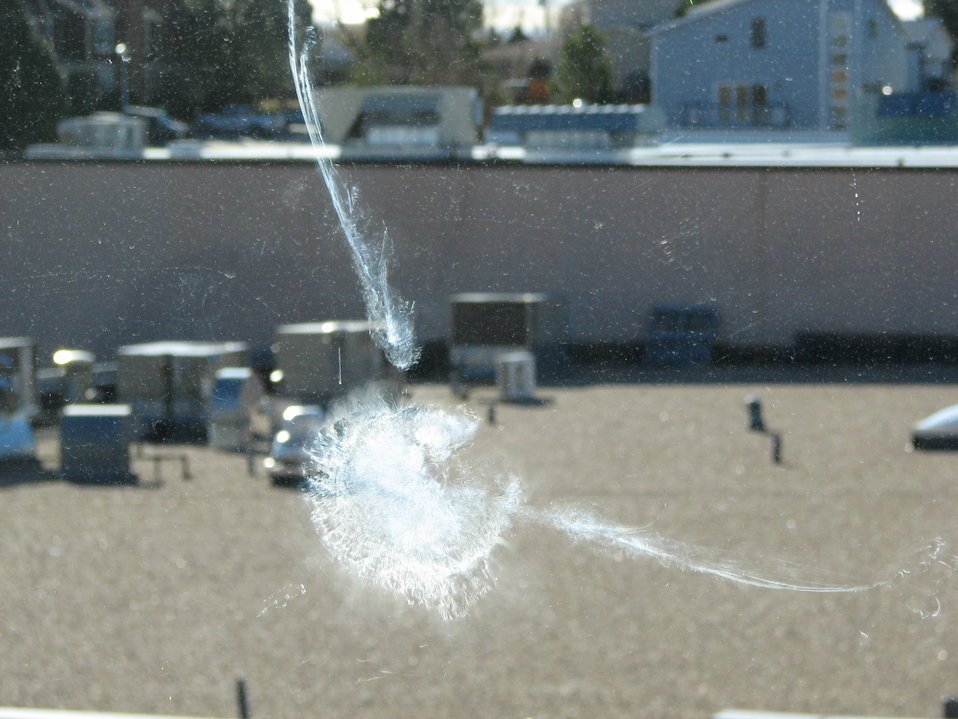 As of 2021, new buildings in New York need to be bird-safe. Dan Piselli of US architecture and planning firm FXCollaborative says simple changes to glazing can prevent millions of unnecessary deaths – as well as save energy.

According to the American Bird Conservancy and the Smithsonian Institution, an estimated 330 million to one billion birds die annually in the USA from window strikes. In the UK, the British Trust for Ornithology estimates up to 30 million birds die this way every year. This scale of loss combines with climate change and other factors to produce an alarming global loss of wildlife and degradation of ecosystems.

In addition, window strikes are distressing for building occupants. Architects often use glass to connect people with nature, but when done incorrectly, that glass can literally kill the nature we seek to connect with.

Window strikes mostly occur near where birds rest and forage - from the ground up to tree canopy level at buildings, highway noise barriers or any glass structure. Birds assume they can fly to greenery, and sky reflected in the glass or, where interior planting is used, behind it. Variables such as siting, lighting, weather and time of day can also make glass appear fully reflective or transparent.

Bird strikes are especially problematic during migratory seasons, when species such as sparrows, buntings and warblers pass through towns and cities. Built environments increasingly occupy or interrupt migratory routes, and artificial lighting can attract birds which migrate at night.

In response, New York City passed new regulations in January 2020 requiring all new buildings and major renovations to use bird-safe construction from early 2021. Specifically, 90% of wall surfaces below 75 feet (23 m) and glass surfaces one storey above green roofs need to be bird-safe, among other requirements. Similar but less stringent legislation has already been adopted in Minnesota, Oakland, Portland, San Francisco and Toronto.

Externally etched or frit surface patterns (a finely porous glass through which gas or liquid may pass) are generally better as they are always visible, even with strong reflection, but patterns on inside glass surfaces can also be effective. New products that are clear but reflect light in the ultra-violet spectrum are available, but currently expensive. Perforated screens and tightly spaced louvres can also be bird-safe. For retrofits, lightweight netting or cut vinyl patterns can be applied to existing windows.

The cost of adding bird-friendly frit to new glass adds only a fraction of a percent to overall building construction costs. Furthermore, louvres, patterned glass and other bird-friendly measures are often used for aesthetic reasons or to reduce energy, such that meeting the new regulations can represent no additional cost.

In 2014, FXCollaborative renovated the Jacob K Javits Convention Centre in New York. At the time, it was the worst bird-killing building in the city. The firm replaced the original tinted and reflective glass with a less-reflective type that had a frit pattern of tiny dots. They also replaced a significant portion of glass with opaque panels.

While adding bird habitat in the form of a 2.7 ha green roof, the changes reduced bird fatalities by more than 90% − and they also helped save energy by reducing air-conditioning loads. In addition, because the glass has a high level of light transmission yet reduces glare, the building now feels more transparent and welcoming.

Retrieved from "https://www.designingbuildings.co.uk/wiki/Birds_and_building_collisions"
Create an article