The causes of false fire alarms in buildings

A false alarm is a fire alarm signal resulting from a cause, or causes, other than a fire, in which a fire detection and alarm system has responded, such as:

A false alarm becomes an unwanted fire signal (UWFS) when the Fire and Rescue Service (FRS) is requested to attend.

In the period 2011-2012 there were 584,500 alarms reported in Britain. 53.4% of these were not fires and therefore considered “False alarms”. This is a drain on the FRS authorities and causes business disruptions leading to a loss of productivity and reducing the confidence of the general public.

It was based on data from Kings College London and Buckinghamshire & Milton Keynes Fire Authority. The data supplied provides a snapshot of the types of false alarms that are observed but is not a comprehensive account of what might be the most common causes in the UK. 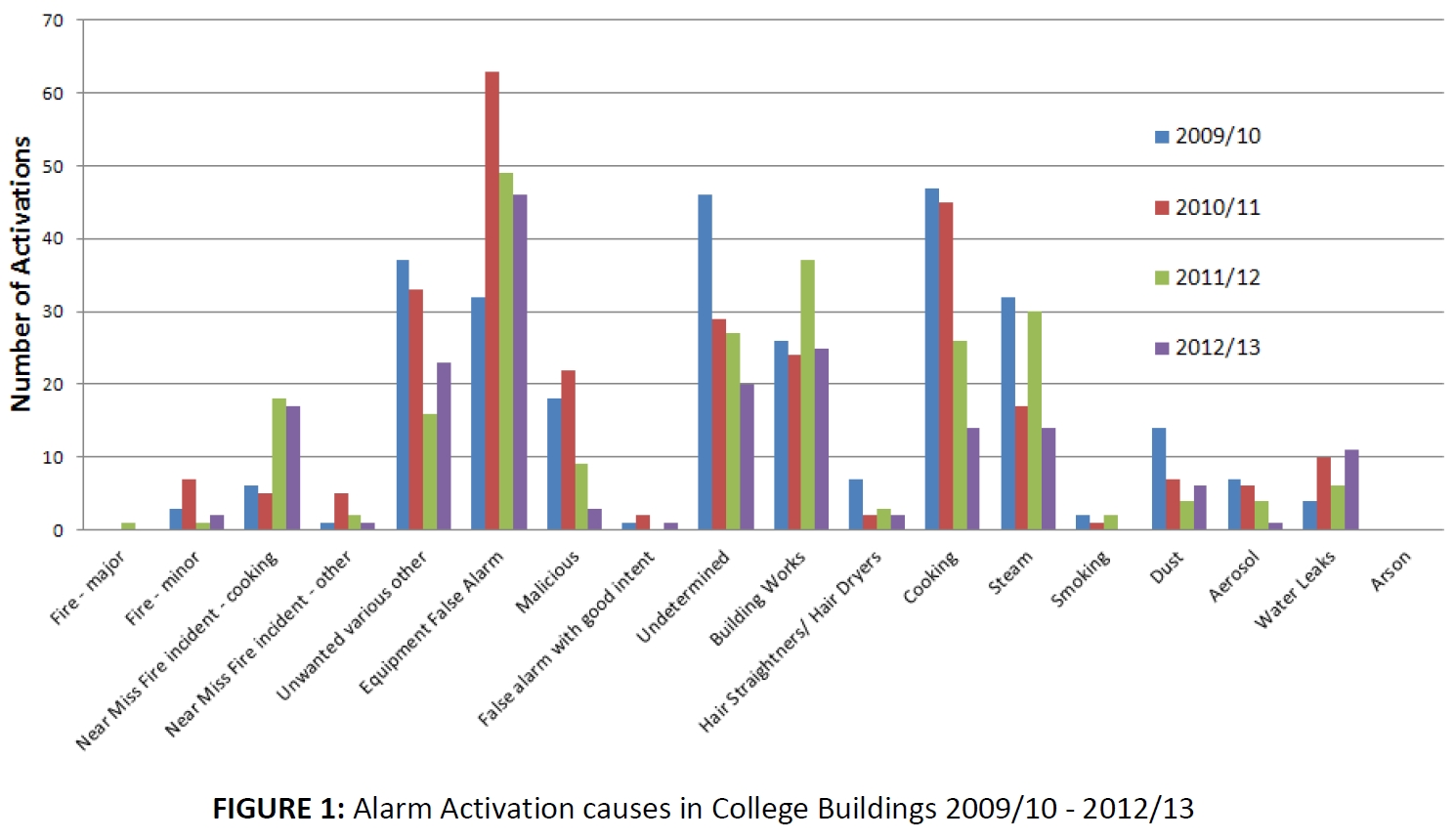 Kings College London provided data from 699 false alarm incidents and following a thorough review of the data, 6 physical interventions were identified that would address all of the false alarms reported. Replacement of the existing detectors with intelligent multi-sensor detectors (that detect more than one fire phenomena) was the solution that could reduce false alarms the most (by 69%).

Discussions with the Unwanted Fire Signals Officer of Buckinghamshire and Milton Keynes Fire Authority and analysis of their false alarm trends revealed that the use of a technical and experienced individual dedicated to investigating false alarms and engaging directly with regular offenders is a very effective means for FRS’s to reduce false alarms.

However, reducing the number of false alarms from domestic premises remains a challenge despite the fact that the vast majority are reportedly related to cooking incidents. Educating homeowners on effective installation and use of detectors in and around kitchens is likely to lead to the greatest reduction in false alarms from the domestic environment.

In addition, the increased use of multi-sensor detectors may avert false alarms from common causes such as cooking fumes, steam and so on.

Retrieved from "https://www.designingbuildings.co.uk/wiki/The_causes_of_false_fire_alarms_in_buildings"
Create an article