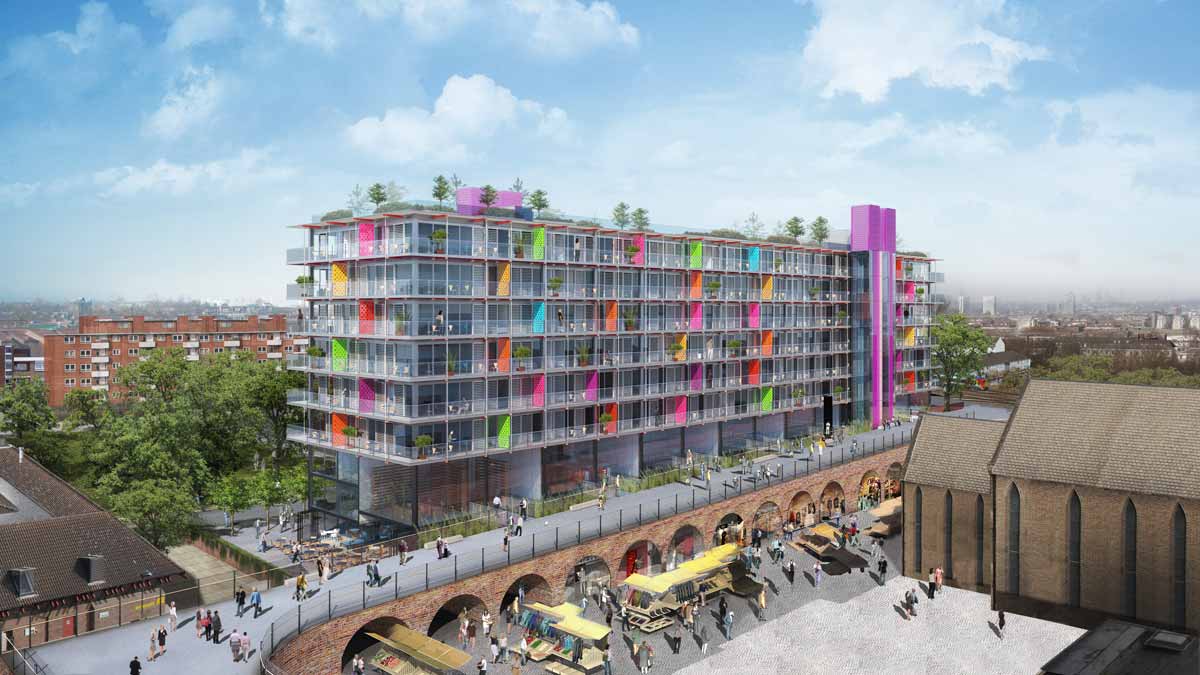 U + I Group transforms areas of towns and cities into thriving communities and neighbourhoods, with an expanding portfolio of mixed use regeneration projects within London, the south-east, Manchester and Dublin.

U+I Group's programme to regenerate the neighbourhood around Deptford High Street Railway station began in 2008 when they shipped in a disused 1960s train carriage and made it into a popular café.

The Deptford Project is a £47 million public private partnership with the London Borough of Lewisham located on a 2 acre site next to Deptford Railway Station. At the heart of the scheme is 'The Tinderbox', a colourful eight-storey apartment building.

It includes the careful restoration of the historic Grade II listed carriage ramp, London's oldest railway structure. Completed in 1835 and opened in 1836, the ramp was built as a means for carriages to reach the station but was never used for that purpose. It did, however, have a number of other uses through it's history, such as a cattle market in the 1870s, and an air raid shelter during the Second World War.

The arches of the carriage ramp will house 14 creative start-up businesses, with space in front for a new market place and public piazza, re-connecting Deptford's current markets and high street with the train station. 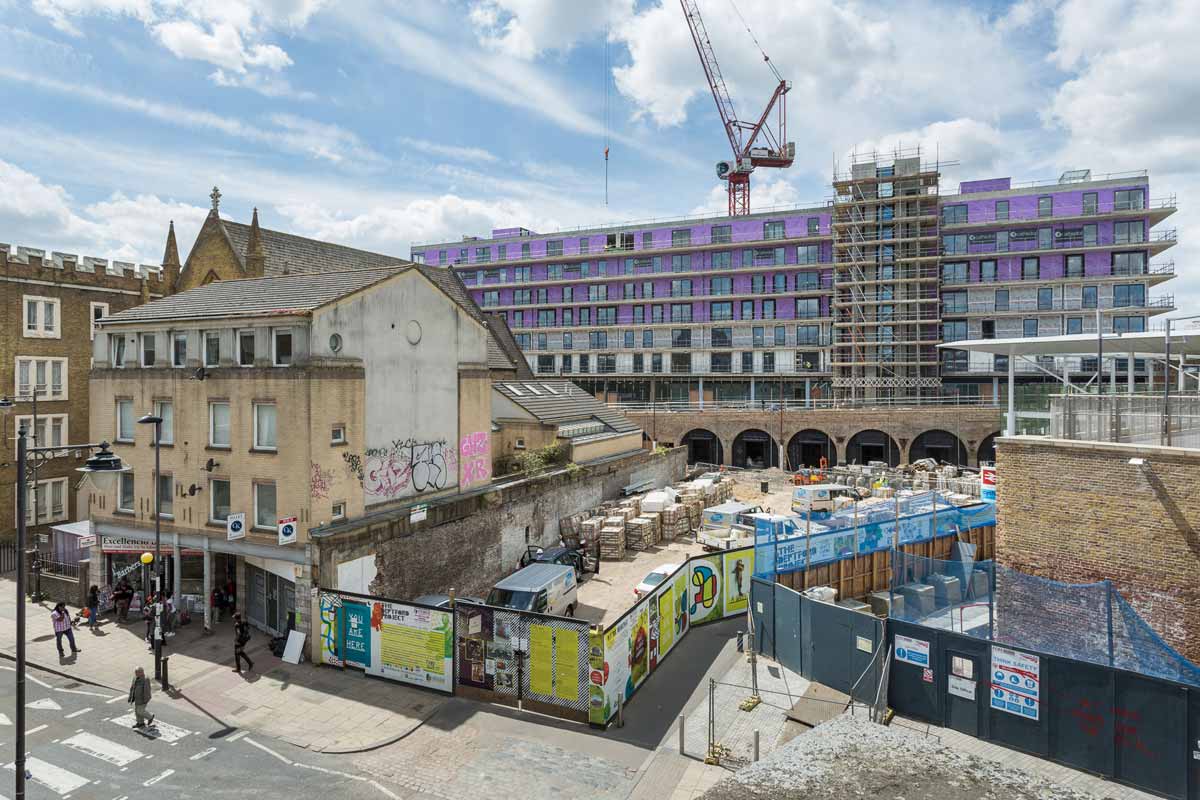 There are 2 new restaurants, 7 commercial units, the refurbishment of nearby St Paul's house into 8 affordable homes managed by Peabody and 3 townhouses. In total there will be 132 new homes and 11,000 sq. ft of commercial and retail space.

After U+I's biggest ever public consultation, creative pop-ups in the arches, a visit from Jamie Oliver and the train carriage, planning permission was granted in March 2012. Construction started in April 2014 and is due to complete in 2016.

In August 2016, U+I announced the line-up of independent businesses for Deptford Market Yard, housed within the renovated historical railway arches. With the aim being to build on the already thriving local market and retail scene, the Market Yard will offer a platform for these local businesses to reach a wider audience. Many of the new businesses are local start-ups for whom Deptford Market Yard is their first permanent, physical space.

As well as the 14 arches, Deptford Market Yard will be home to a regular weekend market and further retail spaces.

On 27 February 2017, The Deptford Project was awarded Best Heritage Led Project at the London Planning Awards. The awards celebrate the outstanding contribution of planners and developers to the capital’s urban regeneration.

On 4 April 2017, the project also won the Placemaking award at the 2017 Property Awards.

Retrieved from "https://www.designingbuildings.co.uk/wiki/The_Deptford_Project"
Create an article