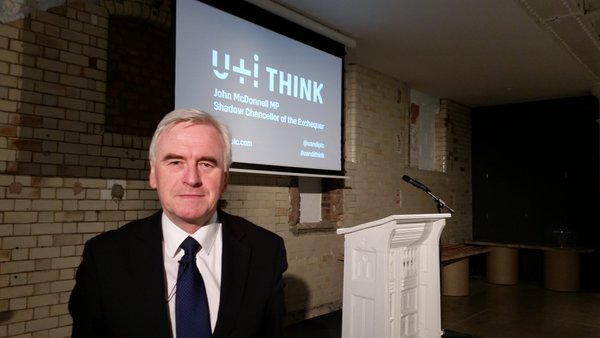 McDonnell began by explaining that Labour are seeking expert advice from economists such as Joseph Stiglitz and Thomas Piketty about how best to develop economic policies for the long-term future. Unlike George Osborne, McDonnell stressed that there should not be a constraint on investment, but that skills, infrastructure and particularly housing should be given investment on a scale “not seen since the 1960s”.

McDonnell addressed the current situation in his constituency of Harlington and Hayes to highlight the “morally indefensible” housing crisis, the worst seen in two or three generations. He was emphatic that this was partly the result of selling off large numbers of council houses while failing to replace them, over a number of years and successive governments. 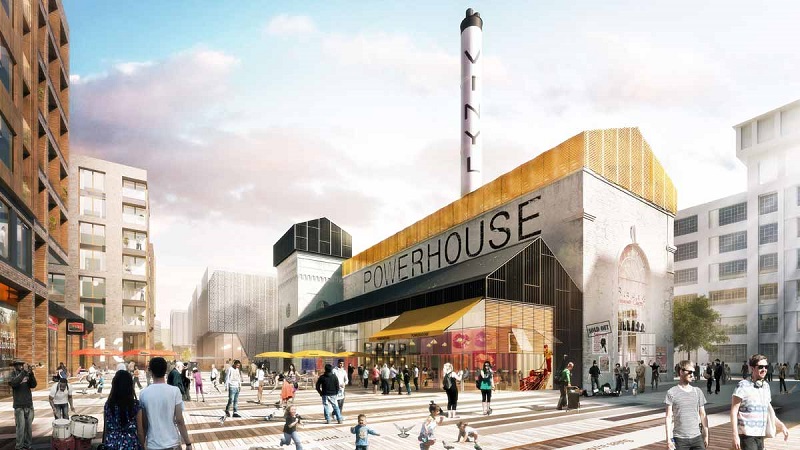 The Old Vinyl Factory in Hayes that U+I are currently redeveloping, was a site McDonnell said he had been campaigning against being left derelict for almost 30 years, and praised U+I's constructive approach to project development - listening to residents' opinions and needs and working towards creative solutions.

The redevelopment of the site, with new homes, jobs and leisure facilities, as well as, in the tradition of EMI, a new broadcasting college for media students, was to be a “…great example of a positive and spectacular mixed-use development”.

This, McDonnell said, stood in stark contrast with a high-rise development on the Hayes canal where not only had a promised arts centre failed to materialise, but where there was a form of “social apartheid” with non-residents being unable to pass by along the canal.

Turning to the future, McDonnell gave his thoughts about the 'entrepreneurial state', where every level of government would work with the private sector to meet the needs of local communities, the regional and national economy as well as developers, with this being needed nowhere more urgently than in the housing sector.

Joking that in the presence of developers this was “usually the point at which you have to lock the doors”, he said he was interested in reviewing land valuation tax, as well as funding for local councils. He also said that, if in power, he would legislate for the provision of more affordable and social housing.

He was keen to stress that aesthetically-speaking, being a socialist in the William Morris tradition, it was important that “people must like the environment they live in”, and that it was possible to make the built environment both more “beautiful and enjoyable.” 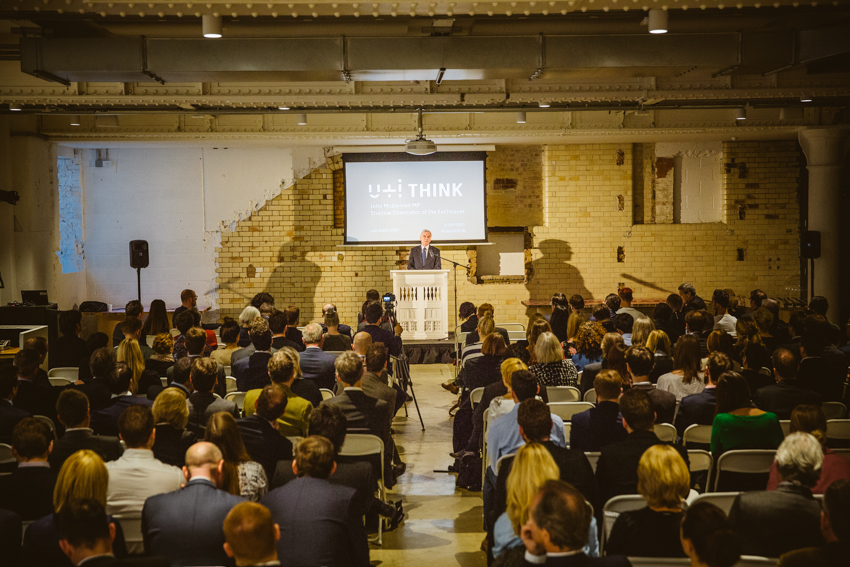 In answer to Designing Buildings Wiki's question about the energy efficiency of the UK's building stock and the need for retrofitting in order to meet emissions targets, he said the Conservative Government was going backwards on the issue, having scrapped the Zero Carbon Homes initiative. But he was also characteristically critical of New Labour's failure to compel landlords of buy-to-let properties to improve energy efficiency standards.

“Some projects go beyond the life of one Parliament”, McDonnell said, with regard to building efficiency as well as flood defences, and that in his view there needed to be cross-party deals done to tackle such long-term risks.

On the question of the upcoming Mayoral elections, McDonnell said he thought Sadiq Khan's Mayoralty would be “transformational for London”, and emphasised how he has been keen to engage with local communities in the city as well as arguing for mixed-use developments, providing both homes and jobs in the upcoming years.

The overriding message from McDonnell was one of seeking further engagement with the land development sector. He said that Labour were “desperate to hear new ideas”, and encouraged interested parties to get in touch through U+I about forming a working group on policy formulation.

Images courtesy of U+I. For more information, visit their website.

Retrieved from "https://www.designingbuildings.co.uk/wiki/UandI_Think_event_with_John_McDonnell_MP"
Create an article