There was plenty of reaction from the construction industry to the Chancellor George Osborne's Budget on 16 March 2016. Here is a selection of what some of the leading figures had to say... 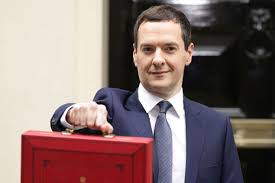 “The Government has set itself a target of a million new homes by 2020. That is rightly ambitious, but the continuing gap between what’s being built and what needs to be built makes hitting that target more difficult by the day. Official statistics show that annual housing completions in England totalled just over 140,000 in 2015.

“We are nearly 12 months into the current Parliament and the Government is already falling a long way short of the 200,000 homes we need every year to hit one million. We recognise that the Government is working on a number of fronts to speed up the planning process and intervene to support first time buyers, and some of the measures in today’s Budget are welcome steps forward. Yet these announcements are limited in scope and won’t signal the step change that we need to see. We cannot afford to lose momentum in the battle to beat the housing crisis.”

"The Chancellor's ambition for the UK to become a world leader in electricity storage systems is a bold and promising step and echoes ICE's view that this innovative technology could play a crucial part in achieving secure, affordable and cleaner energy. We are pleased Government has heeded the advice from ICE and the National Infrastructure Commission.

"The confirmed financial backing for vital transport projects in the North is excellent news. The next step should be to underpin this commitment with an integrated plan embracing a mix of ambitious, transformational projects alongside smaller scale investments. While the headlines are focussed on important large projects, the upkeep of our existing infrastructure – from flood defences to local roads – should not be forgotten.”

“The real set back in today’s announcement is that development in places like the Northern Powerhouse and Midlands’ Engine will now be held back as a result of this out-of-the-blue raid on commercial property transactions. Over a decade ago, the Government of that time decided to decouple the commercial and residential rates of SDLT, recognising that the sectors were driven by very different factors and there was no logic in charging the same rates of SDLT on commercial and residential property. We can only hope that today’s announcement isn’t any unravelling of that logic."

“Industry wanted a steady and balanced Budget, and that’s what we got. The Chancellor has avoided higher business taxes and costs – and indeed lowered them in a number of areas. He has taken action to lessen the burden of business rates, and honed incentives for investment.”

“This is encouraging news for BSRIA SME members and the wider industry since it will allow such companies to bid more easily for more contacts and generally compete with more corporate businesses. In essence, this allows them to make investments with certainty.”

“…changes to the rules on business rates and national insurance contributions will be well received by RIBA architects working on their own or at smaller practices.”

Reacting to other Budget measures, Duncan welcomed investment in infrastructure projects in London and the North of England as a welcome boost to capacity, and said further devolution deals will provide an ideal opportunity for architects to work with communities on housing, planning and transport issues to deliver more high quality affordable homes.

“But, there are too many unanswered questions about how the Government plans to address the housing crisis affecting every part of the country,” Duncan added.

“The Chancellor was dealt a difficult hand with the decision of the statistical authority (ONS) to revise down the size of the economy and the financial turbulence at the start of the year. Despite this, he put up a robust performance in delivering the 2016 Budget highlighting the outperformance of the economy against the UK’s major competitors.

“Inevitably, there were issues surrounding the fiscal numbers with the budget only returning to surplus in 2019-20 and with a lot of goodwill. But in truth, whether this target is met has little real consequence for the real economy and is more of an issue for the credibility of the Chancellor who has put so much emphasis on this.

Much more important for the medium prospects are the latest raft of structural measures designed to enhance economic potential. While there are predictably no game changers here, reforms to the tax system allied with increased infrastructure spend are clearly steps in the right direction.”

“Today the Chancellor delivered a business friendly Budget, particularly for small and medium sized enterprises. Around 600,000 SMEs will benefit from having to pay no business rates at all, while 250,000 SMEs will pay reduced rates. These measures, on top of greater support for the self-employed, make positive reading for the many SMEs and micro-businesses active in the construction sector.

“With output in the construction sector forecast to grow annually at a rate of 2.9% until 2030, employers must be given the confidence to engage with the government’s Apprenticeship Levy and invest in workplace training. We believe the target of delivering three million apprenticeships by 2020 is a tall order for industry and are clear that quality must not be compromised in the interests of numbers. However, it was disappointing to not receive further clarity on the Apprenticeship Levy and how this will work alongside the existing CITB Levy.

“The UK’s infrastructure is comparatively poor for a developed country with expenditure well below what is currently needed. With more people using our transport network and public services than ever before, we welcome the Chancellor’s pledge to increase investment in the sector.

“We are pleased with the government’s commitment to continue to develop the nextdigital standard for the construction sector – BIM Level 3 – to help save owners of built assets billions of pounds a year in unnecessary costs and maintain the UK’s global leadership in digital construction. BIM Level 2 becomes mandatory on central government contracts from 4 April 2016 and CIOB is continuing to inform and educate companies and their workforces on the benefits BIM brings.”

Rebekah Paczek from Snapdragon Consulting gives Designing Buildings Wiki her unique take on the budget and what it means for the construction industry here.

Retrieved from "https://www.designingbuildings.co.uk/wiki/Construction_industry_response_to_Budget_2016"
Create an article