The Autumn Statement 2016 was presented to Parliament by Chancellor Philip Hammond on 23 November. 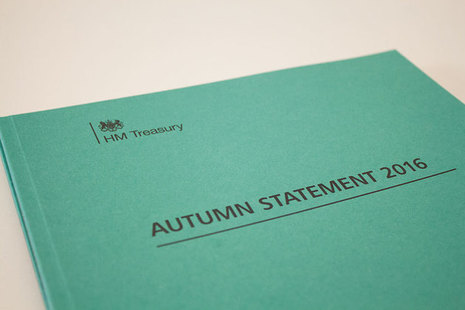 Some of the built environment highlights are set out below:

A proposal to ban letting agents from charging fees to renters. The government will consult on this in due course.

A new National Productivity Investment Fund (NPIF) to provide £23 billion of additional spending on transport, digital communications, research and development, and housing including:

£2.3 billion for a new Housing Infrastructure Fund for projects such as roads and water connections that will support the construction of up to 100,000 new homes.

£1.4 billion to provide 40,000 new affordable homes, including some for shared ownership and some for affordable rent.

£1.7 billion to speed up the construction of new homes on public sector land.

£1 billion to invest in full-fibre broadband and trialling 5G networks.

You can see the full Autumn Statement here.

Retrieved from "https://www.designingbuildings.co.uk/wiki/Autumn_Statement_2016"
Create an article