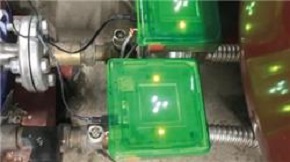 The main advantages of smart technologies most people easily recognise are directed towards making technology more personalised and adaptive towards an individual’s needs. With smart watches and devices that can 'learn' and predict your needs and personalise your environment, the focus on other potential areas has not been as strong.

The improvement of technology performance in terms of energy efficiency is probably the largest focused area outside of an individual’s needs with systems running at times of cheap electricity rates or automatically switching off when not in use. One area that has had little focus is the prevention of failure.

My expertise lies within building services related failures and in this area failures can be costly especially in sensitive areas such as data centres where a failure of a building service like the chilled water system simply cannot be allowed. This has always put emphasis on prevention and prediction which is somewhere technology can help.

One example that technology has been of benefit and is improving is in the monitoring pipe degradation in water systems. Most metallic pipe degradation is caused by corrosion, which is the silent killer of water carrying pipework systems.

In most water-carrying systems, corrosion will always occur to some degree but normally at such slow rates there would be no problems in the near, or even distant future. However, problems occur when the rate of corrosion increases, a problem in the system such as microbiological contamination or a chemical imbalance can dramatically increase corrosion rates causing corrosion deposit blockage or pipe wall failure in a matter of months or even weeks.

Currently, ultrasonic thickness testing of a pipe wall is a commonly used non-destructive technique that is used to assess the remaining pipe wall thickness. Using the commissioning date with comparison to the relevant specification or standard a corrosion rate can be determined and more importantly the likelihood for the system failing in the near future.

On a typical steel system, BSRIA usually recommends with its ultrasonic thickness tests that less than 2 mm of remaining pipe wall regardless of original thickness should be replaced in the near future. Ultrasonic thickness tests are useful in determining the current condition of a system, however, they only give a snapshot into system at that moment and without regularly repetition of these tests it is more luck to find a problem before it develops into a major failure.

Standard maintenance practices will usually test the water quality with a manual sampling technique every few months but sometimes this small snapshot may not provide enough data to understand what is occurring in the system. It is also rare that a full range of factors are looked at in water testing that could affect corrosion rates usually as most system operators have no option but to do the minimum due to cost restraints. At BSRIA, we actively carry out many water tests that cover a wide variety of factors but these are usually requested after a failure has already occurred and not to predict and prevent a failure.

The only way to give a full picture of the system during its use and monitor the development of potential problems is through continuous monitoring. Early warning of excessive levels plus providing an appropriate remedy can be an invaluable tool in preventing a serious corrosion problem developing. This also guides other testing such as ultrasonic thickness at a specific location or key area or advanced water testing to check for possible corrosion condition or to help in determining the cause of the corrosion.

In-line systems for corrosion monitoring have been around for years in the forms corrosion coupons, electrical resistance (ER) and linear polarization resistance (LPR) probes. These have been especially useful in the gas and oil industry but high prices, the collection of the data and sometimes complex interpretation of the results has kept most continuous monitoring devices out of the building services industry. With the advances in technology which includes the affordability of said technology, a lot of these problems are now resolved.

CORROSION COUPONS. Pre-weighed identical metal to system that are installed intrusively into the system at multiple places and removed and analysed at a laboratory at different intervals to determine trends in metal loss/corrosion rates.

CORROSION PROBES (ER & LPR). Continuous monitoring of corrosion rates which (in the case of LPR) plots the polarization rate between two in-line probes (which is inversely proportion to the corrosion rate). The ER method is not used in closed systems as they are only useful for much higher rates of corrosion that would normally be encountered.

A lot of places in a typical water system within a building can be near impossible to access, modern corrosion monitoring sensors now can transmit the data wirelessly and require minimal maintenance, dependent on the system used requiring the change of a battery (if not mains powered in remote location), or the change of the corrosion coupon. The loss of material of corrosion coupons in some devices can now be monitored continuously in-line without the need for removal and laboratory analysis. This method is arguably one of the most reliable as the results aren’t affected by low conductivity of water or probe misalignment which can affect the accuracy of corrosion probes.

With the reduction of costs of systems especially those based on the coupon method, multiple corrosion monitors around the system can be installed each capable of recording data at that point. On a large installations retrieval and use of this data becomes key. Some modern devices are now wifi-enabled, allowing data to be sent to a cloud or BMS for analysis where software analyses the data against certain criteria to determine if the rate of corrosion has become significant or the overall thinning has become dangerously thin, giving a warning if this is the case.

[edit] The future and smart involvement

Currently, to determine the reason for an increased corrosion rate would involve a water specialist taking a sample and analysing at a separate laboratory location. This may then result in remedial action such as topping up the inhibitor levels which would protect the pipework from further corrosion. Therefore, a maintenance engineer would be sent down to the plant room to add inhibitor to the dosing point in a suitable quantity for the size of the system. However, could this process become more autonomous replacing the human factor with an intuitive system? Due to the number of factors to be tested such as nitrate levels, dissolved oxygen and pH, it seems difficult to remove manual water testing and human analysis.

As technology advances some of these factors can be monitored such as dissolved oxygen levels and if more could be tested on site this could lead to all of this data being analysed against pre-set criteria which could adapt to the system size and use. Even to the point of sending a signal to an autonomous dosing point to dosing the system with the correct level of inhibitor.

This idea is currently beyond the scope of the technology available, with some of the tested criteria on a water test probably being beyond what could be achieve by an on-site device. Some of the factors such as temperature, alkalinity, dissolved oxygen and pH could be measured on site and could potentially be built into a system that could recognise and fix basic problems.

One potential component that is currently in a good position to implement water testing technology would be in control valves, which are already linked to the BMS and transmit and process data and most importantly have direct contact with the flowing water. This would require complex programming as there are many factors to take into account and the level of human expertise required to solve these problems should not be underestimated.

Therefore, I do envisage the continual need for human expertise in all the more complex cases. However for routine maintenance and correcting simpler problems a SMART system could definitely have its advantages.

This article was originally published here in August 2018 by BSRIA.

Retrieved from "https://www.designingbuildings.co.uk/wiki/Smarter_systems_predicting_failure"
Create an article