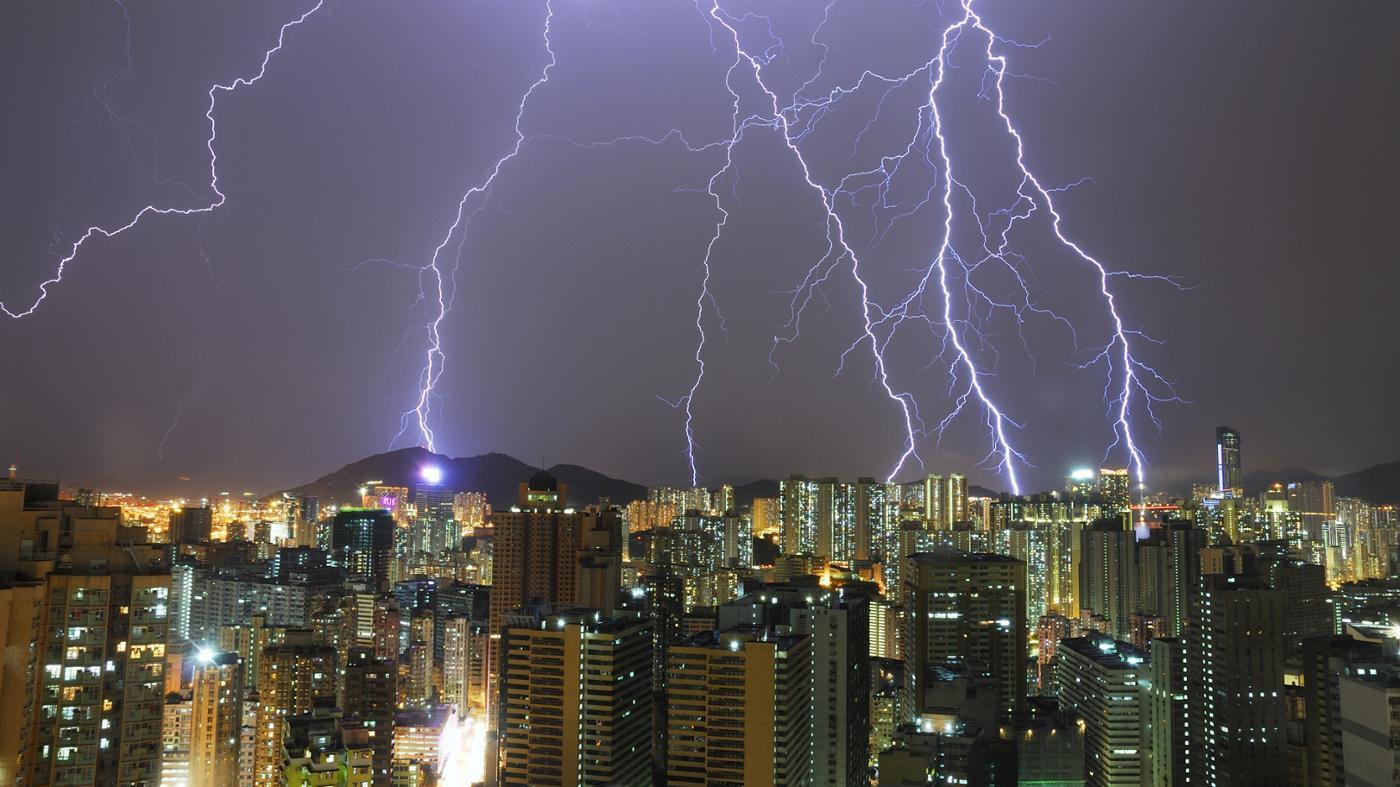 A lightning strike can exceed 100 million Volt Amps. Any grounded object that provides a path to earth will emit upwards ‘positive streamers’ or fingers of electrical charge. These create a channel of plasma air for the huge downward currents of a lightning strike.

The high voltage currents from a lightning strike will always take the path of least resistance to ground. A lightning protection system (LPS) can protect a structure from damage caused by being struck by lightning by providing a low-resistance path to ground for the lightning to follow and disperse.

An LPS does not attract lightning, and cannot dissipate lightning, it simply provides fire and structural damage protection by preventing lightning from passing through building materials themselves.

Buildings most at risk are those at high altitudes, on hilltops or hillsides, in isolated positions and tall towers and chimneys.

[edit] Hazards of a lightning strike

In the absence of an LPS, a lightning strike may use any conductor as a path to reach ground, which could include phone cables, power cables, utilities such as water or gas pipes, or the structure itself if it is a steel frame.

Some of the main hazards presented by a lightning strike to a building include:

A lightning rod is a tall metallic tip, or pointed needle, placed at the top of a building. One or more conductors, often copper strips, are used to earth the rod. Rods are designed to act as the ‘terminal’ for a lightning discharge.

Numerous heavy cables placed around the building in a symmetrical arrangement. This is sometimes referred to as a ‘Faraday cage’. These cables are run along the tops and around the edges of roofs, and down one or more corners of the building to the ground rod(s) which carry the current to the ground. This type of LPS may be used for buildings which are highly exposed or house sensitive installations such as computer rooms.

These are long, thick rods buried deep into the earth around a protected structure. They are normally made of copper or aluminium and are designed to emit positive streamers.

Inclusion of an LPS should taken into consideration during the design stage. The design should ensure that even if lightning strikes the structure first, the large voltage currents will be drawn into the LPS before serious damage can be done.

An LPS should be designed and installed to prevent side flashes between objects. By maintaining the electrical continuity of objects to a bonding conductor, any differences in electric potential can be zeroed, allowing any voltage changes to occur simultaneously.

Failure to design proper grounding will render an LPS ineffective as safe dispersal of the energy from the strike will not be possible. Additional earthing from that provided by a utility supplier is often required.

Retrieved from "https://www.designingbuildings.co.uk/wiki/Lightning_protection_system"
Create an article