Simon Hesketh is the ExCo Director of Regeneration at U+I. He has been responsible for some of U+I’s largest projects to date, including 10 and 12 Hammersmith Grove, Vertium in Dublin and PaddingtonCentral.

Simon now leads the team responsible for the delivery of all of U+I’s regeneration projects, including the over-station mixed-use scheme for Southwark Tube station and Brunel Place, Slough.

Designing Buildings Wiki spoke to Simon about some of the challenges involved in placemaking, land-banking, staying ahead of the curve on office development, and examples of regeneration projects that have succeeded and failed. 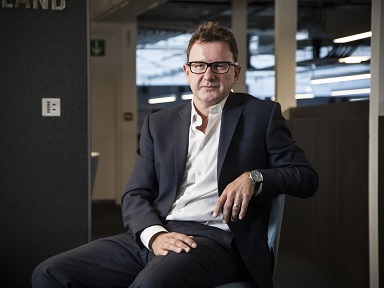 I grew up in Hong Kong where the pace of change in terms of the built environment is pretty unavoidable. You’d see buildings that were not that old being razed to the ground and replaced with something different. So from a pretty young age I was always interested in real estate and what drove it.

My career has been a really interesting journey, especially since Development Securities merged with Cathedral to create U+I - a remarkable mixture of properties, from pure office to mixed use development with a wider geographical base.

What we try and do in terms of making ourselves different is our approach to the partnership - being completely open-book, which is an easy thing to say but a difficult thing to achieve.

Placemaking is a word which is often trotted out, but for U+I it starts with the history of a place and a really local approach. We see this as an area of increasing importance given the amount of develop-able brownfield land in the UK that is owned by public bodies - probably around 40% - which could be a real source of business for us if we can get the partnership, trust and placemaking/design quality right. 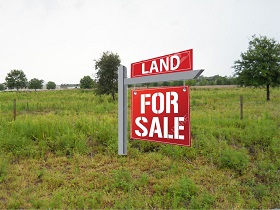 I don’t think it’s getting harder. If you look at the diminishing resources available to public bodies – they are under increased pressure to deliver financial returns, but they also have their preeminent approach to the communities.

U+I want to go to the more complicated, larger projects because that’s where we think we can add the most value. Being public projects, they are obviously advertised, so we watch what’s coming and select what we want to target and then put the best possible team on it to make sure we secure it. It’s a lot of hard work but our success rate is pretty good.

Trust and taking care to understand the nuance of place. Not being afraid to come at it with a really high level of energy and excitement.

Community engagement is terribly important. Too many see it as the process that has to be done to get planning approval, whereas for U+I it's also about getting the scheme right in the first place. 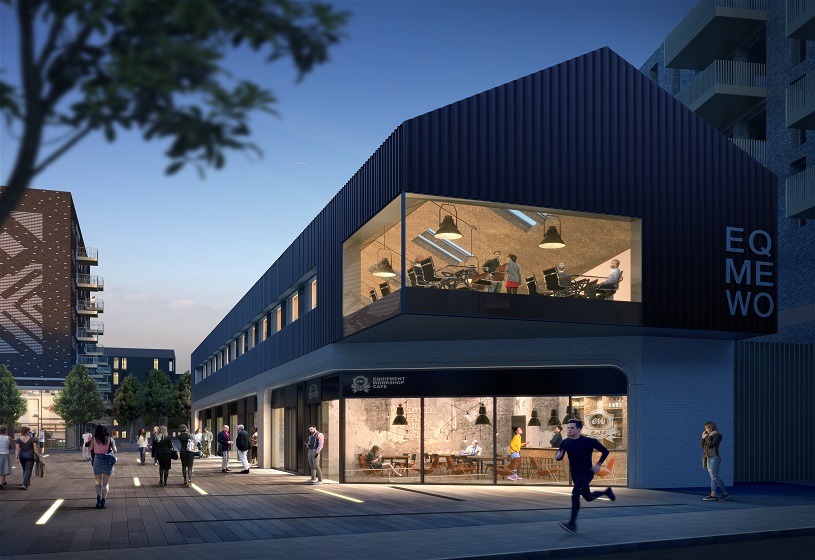 We’re very proud of what we’ve achieved at the Deptford Market Yard [see image below]. It was a joint venture with Lewisham and probably our biggest public consultation to date.

It was an abandoned site right off the high street, we immediately created pop-ups in the railway arches with local traders, put a 1960s disused railway carriage on the site and turned it into a café/community engagement venue.

It was a complicated project, the site was difficult to gain access to for one thing, so we were in ‘planning mode’ for quite some time, which would have been frustrating for some, but for us it was an opportunity to really learn a lot about the site.

We’ve now got 132 new homes on site, 80 of which are affordable, and we asked all the local traders who had had to leave during the redevelopment to come back to the completed scheme, and a number have recently done so.

Where regeneration projects seem to come unstuck is that the economics can be challenging at the beginning, and when there is an economic down-turn it puts the finances of the project very much at risk, often leading to partners parting ways.

There have been a number of projects like that across the country which didn’t continue after the recession, meaning the public body has to start again. These sites tend to get stigmatised, and are deemed really difficult.

We had a project that could have gone that way – a joint venture, public-private partnership – The Heart of Slough. It was an incredibly complicated project which relied on a lot of government support, but it did go through the crash and we re-cut our deal successfully.

When things get into difficulties it's about being open, being selected on merit as the best people to create the most exciting scheme that should be possible to continue even if you have to change some of the rules. I think the schemes that have gone badly are where the public sector have been terrified of the procurement issues, so it’s the lack of flexibility in the procurement which generally lead to bad or failed schemes. 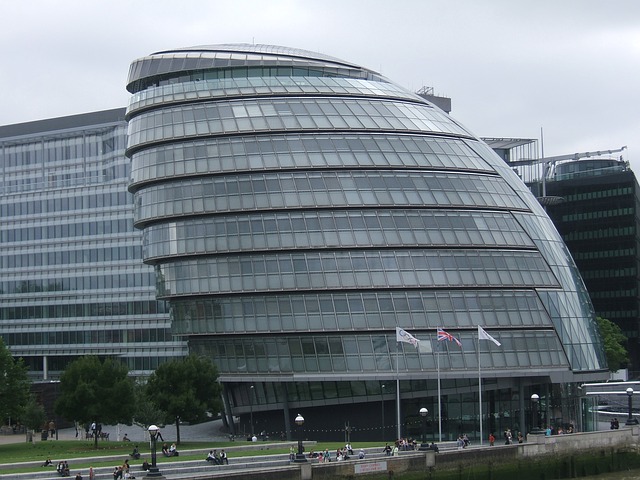 [More London and City Hall on the Southbank]

I don’t think there’s anything wrong with privately owned public space per se, it’s a question of the approach to the management of it. You can certainly get it wrong.

Every time I walk around the King’s Cross regeneration project I’m amazed at what was achieved there by Argent. There are private security guards, private litter pickers, etc., but for me they don’t get in the way, they successfully blend into the background.

The site that we will be developing with the Mayfield Regeneration Project in Manchester will be privately owned but publicly accessible, and we will have quite clearly failed if we suffer accusations of it being an enclave or socially exclusive in any way. The measure of the success of these places is that they are well used by the whole community. It’s about making the management as invisible as possible.

I don’t think developers land-bank. Projects can go into delay for all sorts of reasons, not just planning, and it must be demonstrated to shareholders that when that happens another can be brought forward to replace it.

Because of a demonstrable pipeline, housebuilders in particular are able to bring a very low cost of capital to bear on the provision of housing. To take away their land-bank, the cost of finance would increase considerably and then there’d be a whole bunch of other issues that we’d be complaining about.

I find it hard to think of an example where U+I would look at a site which we could bring forward and decide not to - why would we? 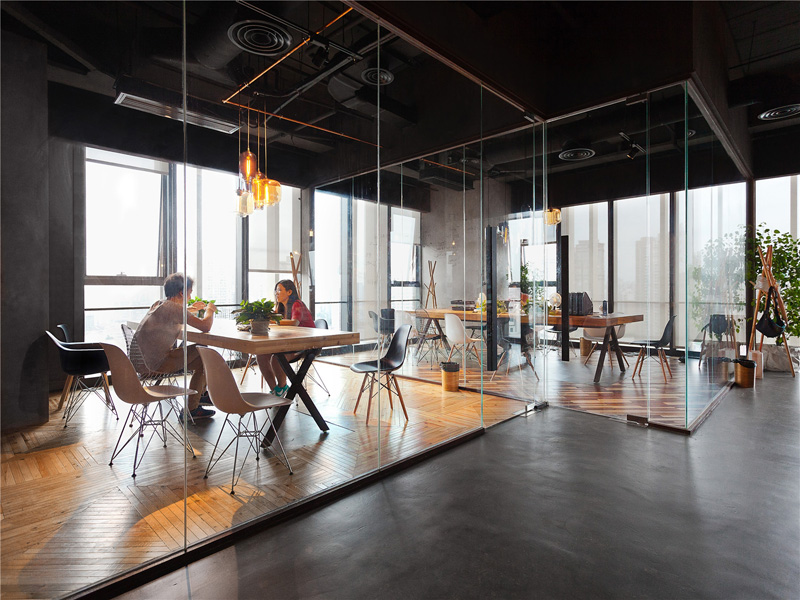 How we stay ahead of the curve is by making sure we have the right funding structures in place. Institutional investors such as pension funds, insurance companies, and so on, aren’t necessarily interested in designing more intensive, but arguably more sustainable, offices which cater to smaller businesses.

What you’re seeing with the rise of companies like WeWork is a growing appetite and a realisation among the investor community that having a building with 150 businesses in it, some of them only occupying a couple of desks, can be just as sustainable as having a very undoubted covenant. The diversification that you get from that should lead to a more sustainable cash flow.

There is a new landscape emerging in the investor community, there is still some dislocation but it won’t last for long. We are able to arbitrage between that by finding the right capital for offices.

Personally, I am really looking forward to achieving with the Mayfield site something very similar to the King’s Cross regeneration project. It won’t look the same, all these schemes are different, but it will have a lot of similarities – a 25-acre site right next door to a main line railway station with a collection of beautiful, but completely derelict, Victorian buildings on it. 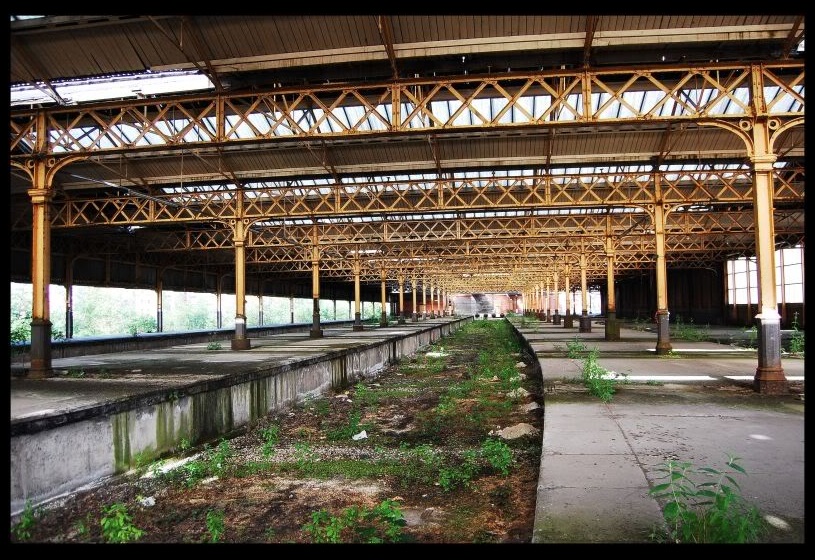 We will be mixing the old with the new, making it an attractive place for creative office occupiers, with some beautiful public realm which may be a bit softer than King’s Cross. We’re going to bring a river which is culverted and runs through the middle of the site back into use. I’ve never blue-skied a river before but that’s what we’re going to do!

We’re currently planning and mining the community for opinions and ideas at the moment, but I’m confident we’ll be delivering our first buildings there within 3 years.

Speaking of Manchester, I was at the dinner at MIPIM, with Gary Neville and Ryan Giggs who had just done the big ‘climb down’ over their St. Michael’s project. They were very contrite, but hats off to them for asking Manchester City Council not to consider their planning application. That's sometimes just what placemaking and regeneration involves, and I thought it was a very honourable thing for them to do.

Retrieved from "https://www.designingbuildings.co.uk/wiki/Interview_with_Simon_Hesketh_-_UandI%27s_Regeneration_Director"
Create an article