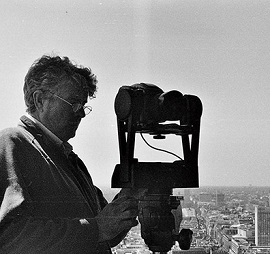 Paul Grundy is an architectural photographer based in London. He works on commercial, cultural, historical, and residential projects for a wide range of creative design agencies, property companies and architectural practices. Some of his recent clients include The Royal Mail, The British Library, Channel 4, Crest Nicholson, Land Securities, Toshiba, and Knight Frank.

Designing Buildings Wiki met with Paul to talk about what being an architectural photographer is all about.

(City of London for Almacantar)

I went to art school at 16 to study sculpture and was there for 5 years. In those days, there were only a couple of places where could you study photography as an art as opposed to a craft. When I came out at 21 though there weren't many opportunities for a sculptor in Manchester, so to do something a bit more relevant I picked up photography and ran with that.

I was an amateur for about 6 years, earning my living as a pipe-fitter. I spent a year in Brazil then got in with a picture library and started shooting all the tourist things in London. There was a great guy there who said to me “unless you're going to take the best picture ever of Big Ben, why bother, there's million pictures of it already”.

(The Bull Ring for Hammerson)

All the photographers I liked had nothing to do with architecture. There was a great book by an American photographer Norman McGrath, on how to light interiors - 'Photographing Buildings: Inside and Out'. It was the first time I'd seen anyone explaining this properly, which was such an important insight.

In a way, the architectural photographers in the 1980s were all trying to do exactly the same thing as each other – the same film stocks, shutter speeds, apertures. I began by trying to learn how to take a photograph like the ones in the Architects Journal, but when you get to that point, you think 'this is kinda boring'!

The first time I saw the Bull Ring, I walked round all the different parts of it and got to a point where I thought 'this is where I'd shoot it from'. I looked down and there was a lens cap from a professional camera right between my feet! It proved there were certain rules everyone in the business seemed to be following. 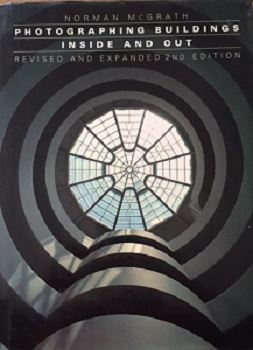 There are a lot of architectural photographers who trained in architecture, and some see that as a plus, but I think if you can't look at a building and see what it's about, through common sense, there's something wrong. 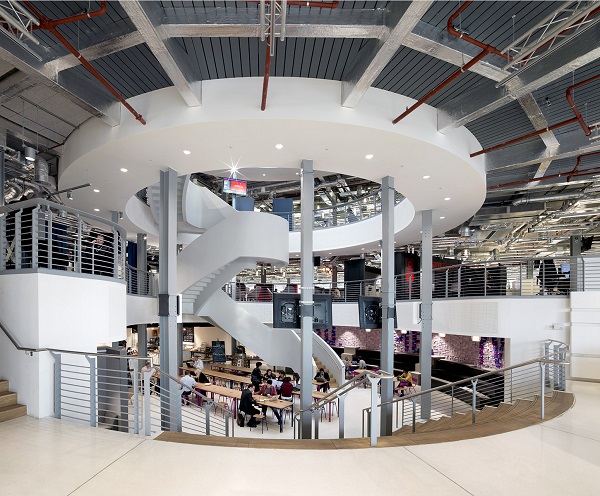 The endless problems with timing. I'd say 80% of my work is from developers, and there's always this need for the photographs just before the building's finished, which is when things like all the windows are filthy. Photoshop can help with some things but not really with problems like that. Working with the weather is also a big challenge.

It varies from client to client. Often with things like topping out, it's a PR story and it's better to have a PR photographer rather than an architectural photographer.

Interiors are easier once you know what you're doing, you're in control of everything. With exteriors, there are things you know will happen; for example, you know the light will hit the middle of a square at a certain time of day or year.

In terms of general competence, I think everyone having such sophisticated technology on their iPhones is brilliant, but the whole secret of being a photographer is to be one step ahead of them. The iPhone is great technically but it hasn't got a brain. I've always thought that to be commissioned, to have people pay for your work, you have to come up with more than just a correctly exposed photograph, so it's not enough just to be technically competent.

I use a Hasselblad, their lenses are just to die for. People will argue that you don't need medium format, but when you look at the images and the colours and sharpness that comes out, nothing really compares.

Often I go on the morning of the shoot and spend half a day walking around the place. Whether you meet with the designer or a graphic designer whose putting together a brochure, it's great just to hear what they have to say about it.

Often architects give you lots of plans with little eyes where they want shots taken from. I think my job is to understand what they want but to do something better. What happens a lot these days is that architects live with the CGIs for a long time and that becomes the building in their minds, it's only natural that it does. 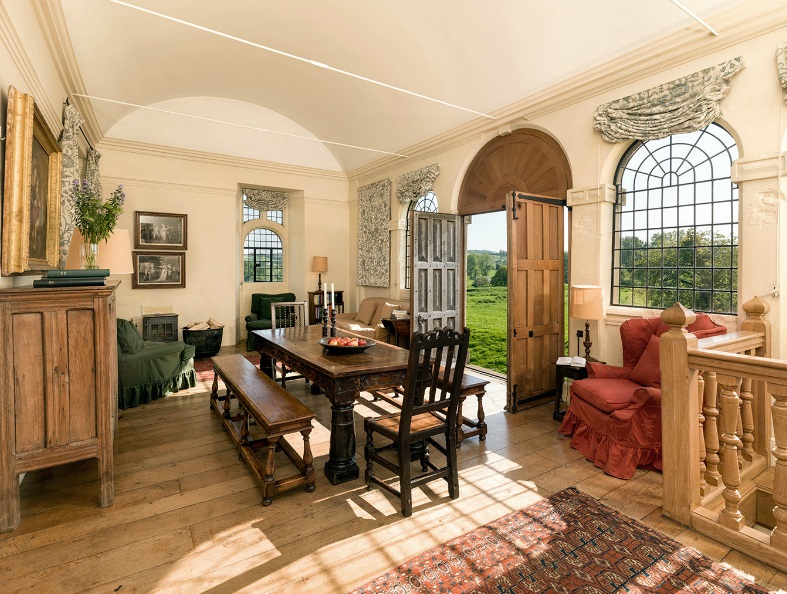 I did a 360 off the roof of Centrepoint recently, over 24 hours and technically it was very tricky because it had to be shot from 12 different points. They were talking about making it into virtual reality, but I thought it was just too good an image. I don't think virtual reality can compete, yet at least, with a really good photographic image. But I'm coming to an age where if people tell me 'the future is virtual reality', well, then fine.

It's difficult to get people to engage in these things, no matter how clever they are, because people are surrounded by it all the time. You're never going to really match what Hollywood puts into a film with your apartment 360 or hoarding images outside a construction site.

Digital definitely. It's just a massive change in every way. My lifestyle has changed, from dropping my film off in a lab in Fulham, an hour later the test prints would arrive on a bike, and then going to collect the film. It was time-consuming but it was also brilliantly sociable.

If you went near that lab on a Friday, you were out for lunch with maybe half a dozen other photographers all afternoon. There'd be photographers who'd shot still-lifes for Harrods, or ski clothes from up in the Alps. I remember there was a travel photographer who used to come in and sit there quaking as 2 months-worth of hotel shots were being processed! So it was a real mix of people who never felt any real competition with one another, and you don't get that same sort of sociability any more. Far more of my time is spent in front of a computer screen editing.

In a really egotistical way it would probably be doing the stamps for the London Olympic Games. They weren't hard to shoot but being chosen for that job was really amazing. None of my friends or family cared about what I did for a living until I shot the stamps and then they were all very impressed! It was the fact that the Royal Mail is such an iconic brand, and the Olympics as well.

I'm doing a job in May for HOK which is The Francis Crick Institute, the largest research centre in Europe, by King's Cross. That's a brilliant commission to get because it's an amazing building; I'm shooting it for the 5 main contributors, and probably some of the subcontractors as well.

A bit of both. The main companies involved, the architects and builders, they will have access to all the shots and can divide it up how they want. The subcontractors may want things shot in a way that highlights their work, so there'll be separate shots taken as well. It's a really exciting job to be doing.

The thing I really notice now is that because people pay a fortune for their education, colleges have had a tendency to make all kinds of promises to photography students. A steady number get in touch with me and I read the prospectuses of these places, and they say something to the effect of 'do our course, give us all this money, and you will come out a professional architectural photographer, able to accept briefs, etc.', and kids believe it.

If you're really lucky you might get a job as an assistant, but it's getting harder and harder. When I started out I couldn't walk down the street with all my gear, so you needed an assistant just from a practical angle. Now I can pretty much carry my camera equipment in my pocket, and there's a massive amount of time spent in front of a computer, which no assistant really wants to do.

The first time you meet a client might be on the shoot, and sometimes students struggle to see things from their point of view at that stage. For a day, a week, or however long, you work for that client, and fundamentally you are on their side, their concerns have got to be yours, otherwise they're not going to use you. You have to listen to them and what they say. It isn't good enough to think 'I'm a great photographer, let me do it my way', that's not what works. A lot of young people assume the secret is to be a wonderful, individual photographer and that people will flock to them. Sadly, it's not like that.

I read a while ago that it takes 10 years of hard work, regardless of what you shoot, to become a professional photographer – where you can secure an income, pay your mortgage, etc. That was about right for me, and I've watched 2 assistants of mine take that long. So the main thing is to have patience, which I think is increasingly hard to exercise when you've paid all that money and been made all those promises.

You can see more of Paul's work here.

Retrieved from "https://www.designingbuildings.co.uk/wiki/Interview_with_Paul_Grundy_-_Architectural_Photographer"
Create an article