Incentives for the protection, restoration and maintenance of historic buildings

This article was created by The Institute of Historic Building Conservation (IHBC). It was written by Donovan Rypkema and originally published in The 2016 IHBC Yearbook.

You think there are heritage buildings out there that need saving, right? So how can that be done? Fortunately, years ago at a symposium in Austria, Mark Schuster and colleagues (see Further Information) made a finite list. They concluded that there were only five tools to save historic resources: ownership and operation, regulation, information, property rights, and incentives. Schuster subsequently told his students at MIT that he'd give them an automatic A in his course if they could come up with a sixth. They never did.

So today in Great Britain (and the rest of the world for that matter) what is the status of those tools? First, ownership. Does anyone imagine that with strained public budgets and growing demand for those scarce resources, parliament is going to decide, 'Oh, let's budget hundreds of millions of additional pounds for the acquisition, restoration and maintenance of thousands more heritage buildings'? Of course not. That doesn't mean public ownership and management of heritage resources is no longer an effective tool, it can be. But it certainly isn't a tool that we can expect to significantly expand in use in the foreseeable future.

Beyond public budget constraints, however, there are two related reasons why the increased use of the ownership tool is unlikely. When as heritage advocates we moved from only focussing on monuments – the palace, the cathedral, the architectural masterpiece – to arguing that more vernacular, background buildings were also a critical component of our heritage, the sheer number of 'heritage buildings' expanded a hundredfold or more. The parallel consequence was that the vast majority of these buildings were in private hands. So the 'ownership and operation' tool would not only require paying the electricity bill and fixing the roof, but acquiring the building. 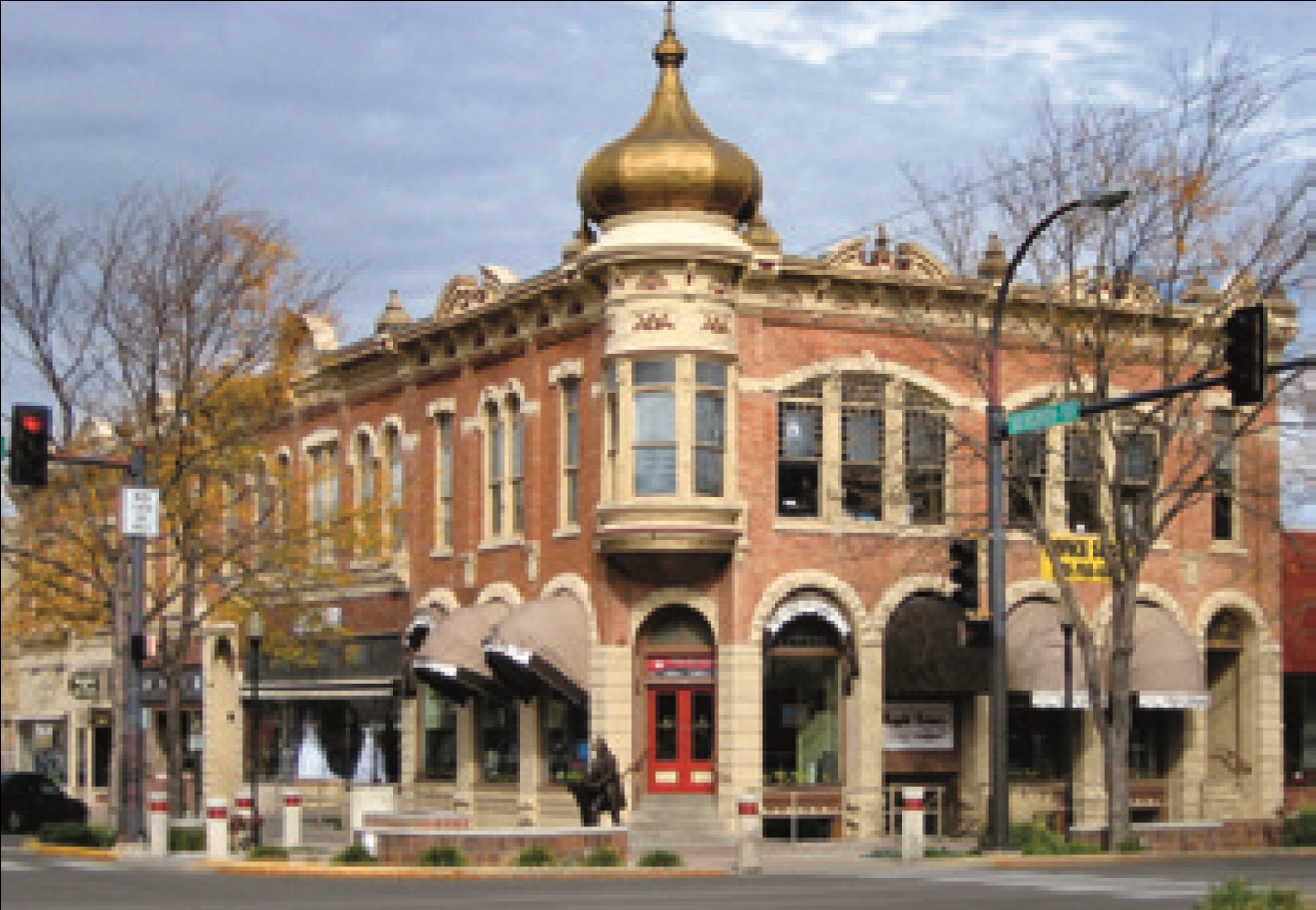 [Image: The Buell Building in Rapid City, South Dakota: a vernacular building of 1888 which was restored with the aid of tax credits.]

Regulations still play a role in the protection of heritage buildings, and more are worthy of listing and regulatory safeguarding. But when heritage buildings are in private hands, having a policy that consists only of the 'sticks' of regulation without the 'carrots' of incentives can mean that investment is often discouraged, especially in those places where there is the greatest need for investment. Further, while regulations can be effective in prohibiting demolition or inappropriate physical changes to a building, they are much less effective in encouraging the periodic reinvestment that is necessary if the future life of the structure is meant to be generations, not just years.

Information (education and advocacy) will continue to be both necessary and ultimately effective as a means to encourage heritage conservation. But the time-frame is often long, successes volatile and the impacts random.

Property rights approaches (such as restrictions within the chain of title that binds not just the present but also future owners to appropriate heritage conservation) can be very effective, but they are time-consuming, often complicated to create and they generally apply to one property at a time.

Which, by default, leaves incentives. First it is important to understand that the purpose of incentives is not to make rich property owners even richer. The underlying public policy purposes of incentives are twofold, one practical and the other more theoretical.

As proponents of heritage conservation we will argue that the 'values' of heritage are multiple – aesthetic, social, symbolic, environmental, historical, political, cultural, educational, etc. And that is certainly the case. But from a property owner's perspective the primary 'value' of a heritage asset is no different than the 'value' of any other piece of real estate – its financial value (or its occupancy value, which has a financial equivalent). This perspective is neither wrong nor selfish, but rather represents rational decision making. It is based only on the financial value that investment can be attracted and, often more importantly, how loans can be secured. 'Social value' or 'educational value' does not generate an income stream that can be used to make a mortgage payment.

This matters particularly when there is an imbalance between two factors – cost and (financial) value. 'Cost' is the sum that will have to be spent between the idea ('I could take that old building, restore it, and rent it out as an office building') and the completed project. 'Value' in financial terms, is what the marketplace is willing to pay in rent or purchase price for that restored building. Capital is neither slow nor stupid. When value exceeds cost, investors will act and will receive their returns in net rents or in sales proceeds. In that case no incentives are necessary. 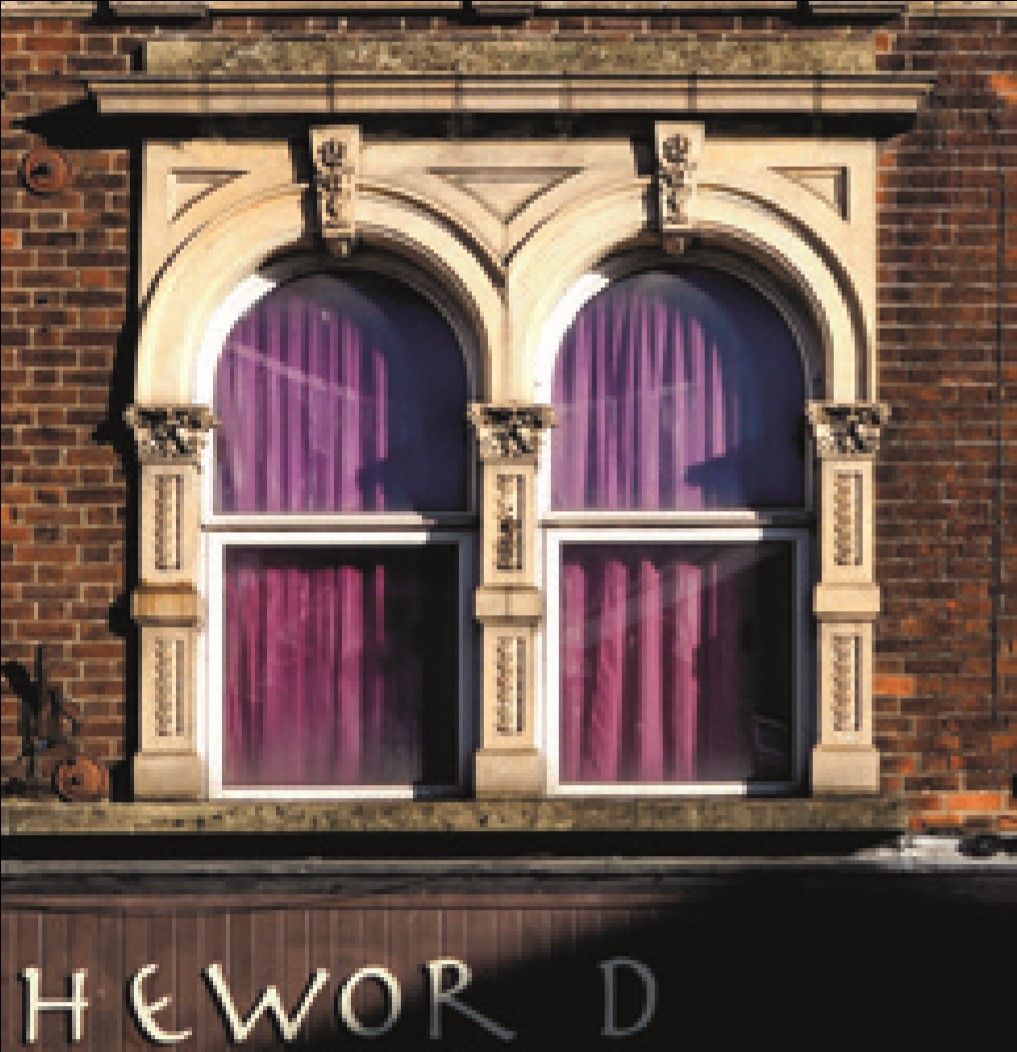 [Image: Replacing these unsightly uPVC windows above a high street shop with sash windows might restore something of the building's historic and aesthetic value, but to whose advantage? The owner would bear all of the cost while the heritage benefit would overwhelmingly be enjoyed by the non-paying public. Photo: Jonathan Taylor]

But frequently with heritage buildings the reverse is true – cost exceeds value. The amount of money required to acquire and restore the heritage building is £1 million and the financial value upon completion is £800,000. For us as heritage advocates to simply say 'We'll do it anyway' is to argue for an economically irrational act. When cost exceeds value the difference is called the 'gap'. And closing the gap (that is making an otherwise irrational act rational) is the primary purpose of incentives. So closing the gap is the practical rationale for incentives.

But there is a second, more abstract but perhaps even more important reason. As noted above, we heritage advocates proclaim that heritage buildings have many more values than just the financial value. But here's the problem: the nonfinancial values – aesthetic, social, environmental, etc – do not flow to the owner of the building but to the rest of us. In economic jargon this is a public good. We the public are the beneficiaries of those additional values, but we are essentially saying to a building owner, 'We want all of those values from your heritage building but we want you, Mr or Ms Property Owner to pay all of the costs on our behalf'. There is something fundamentally unfair about that position. Now if the financial returns are sufficient to justify the investment, the property owner is content to let us be free-riders (another bit of economics jargon). But that is often not the case with heritage buildings. So incentives should be seen as our partial payment for the values that we, not the property owner, receive as a result of his or her investment.

Of course there is a public cost to incentives, whether they are given directly as a grant, for example, or indirectly through a tax savings approach or other method. But in many cases the government level which provides the incentives recoups some or all of the outlay in the intermediate term. Sometimes it even turns a profit. In the United States we have had a historic rehabilitation tax credit for over 30 years. In an oversimplified explanation, if I spend $1 million in the rehabilitation of a listed building and do the work in an appropriate manner, I receive a 20 per cent, or $200,000, credit against my federal income tax liability. More than 1,000 heritage buildings are rehabilitated each year using this incentive, many of which would have stood empty or been demolished without it. But Rutgers University has tracked the implications of the tax credit over three decades. What they have found is that for every $1.00 the federal government provides in the incentive (called a tax expenditure), it ultimately receives $1.26 in taxes from those very projects – money it would not have received if the buildings went without the investment.

That particular incentive may or may not be appropriate in the United Kingdom. But three things are as true in the UK as in the US:

Given those three realities there is one more imperative: incentives will be necessary both to close the frequent gap between cost and value and to pay for part of the public good that the rest of us receive.

Donovan Rypkema is president of Heritage Strategies International, a Washington DC-based consulting firm which works at the nexus of the built heritage and economics. The firm has had public and NGO sector clients in more than 45 countries. He also teaches a graduate course in preservation economics at the University of Pennsylvania and is the author of The Economics of Historic Preservation: A Community Leader's Guide.

Retrieved from "https://www.designingbuildings.co.uk/wiki/Incentives_for_the_protection,_restoration_and_maintenance_of_historic_buildings"
Create an article