Hulhumale - the city of hope 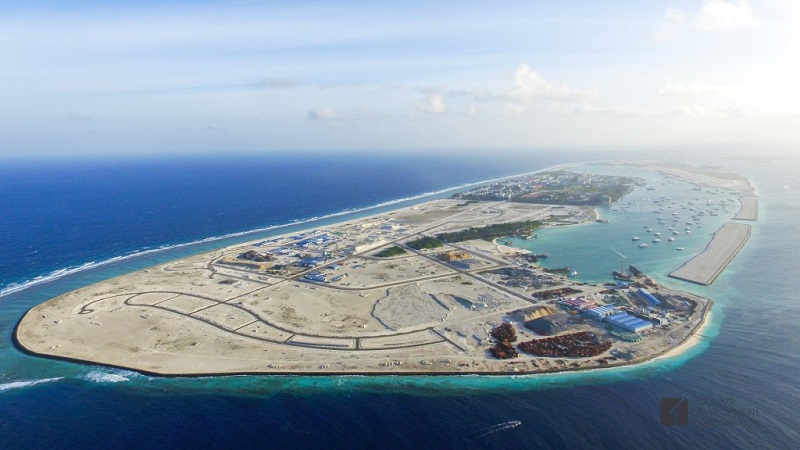 In February 2018, HDC (the Housing Development Corporation of the Maldives, the state-owned master developer of the new island city of Hulhumale) contacted the BRE regarding our potential involvement in assessing future developments there. A small delegation from BREEAM have returned from talks regarding further co-operation with HDC on this ambitious project.

Known mainly as a luxurious holiday destination for its white sands and turquoise waters, the Maldives is an island nation with thousands of years of history. An ancient trading hub between the Middle East, Asia and Africa, it’s culture and language are a blend of the civilisations that have landed on its shores. Beneath the seas, it also boasts one of the most diverse marine ecosystems in the world.

It is also a nation threatened by climate change. Over 80% of the country lies less than a metre above sea level – making it one of the most vulnerable countries in the world to rising sea levels [i], and rising sea temperatures continue to threaten its coral reefs and the rich ecosystems that depend on them.[ii]

Tourism forms the backbone of the economy, but the needs of luxury resorts and their guests puts pressure on a country with very few natural resources and one already dependent on imports. Although resort operators are mandated to provide their own power, sewage treatment and desalination, in a country known for its abundant sun, much of the country is still powered by industrial-scale diesel generators.[iii] 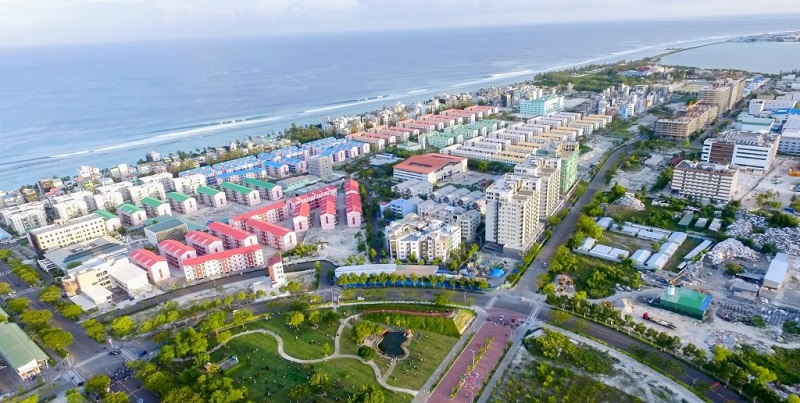 To address some of these issues in 1997 the government began the reclamation of a lagoon adjacent to Male. Deep sea dredgers poured millions of tons of sand onto the volcanic bed rock that would eventually form Hulhumale. Placed 2 m above sea level, it is designed to withstand the threat of rising sea levels.

Unlike the capital Male, where more than 150,000 people are squeezed onto an island less than one square mile, there are green spaces, public parks and room to breathe for the residents here.

Construction of Phase 1 is now nearly complete and will eventually become a community of 80,000 living in a master-planned city. Retail, education, community and leisure facilities are already creating a thriving society. Work on Phase 2 continues apace – with reclamation completed in only 77 days [iv], the first high density housing is now being constructed and this phase is set to become a focus for government, tourism and commerce.

Once complete, the City of Hope will accommodate 240,000 people, easing the significant population pressure in Male, giving two thirds of the country’s population access to new opportunities… and perhaps a sanctuary from the worst effects of climate change. 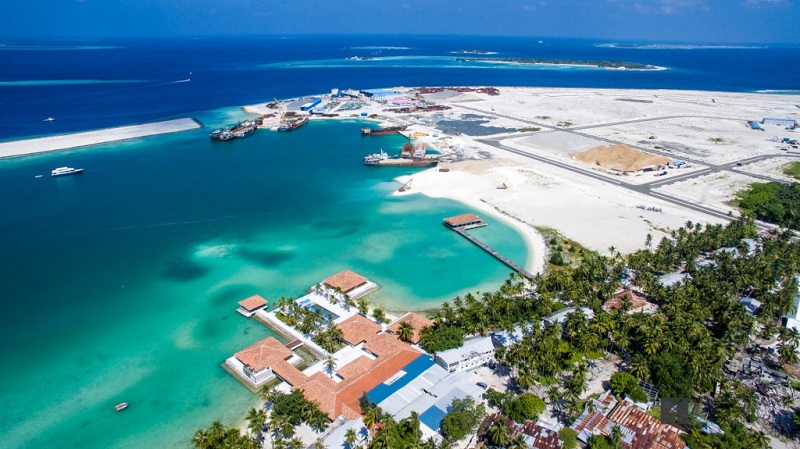 However, balancing the needs of economy, society and sustainability has not been easy:

BRE's conversation with HDC continues. A follow-up tele-conference between HDC and the Strategic Advisory, BREEAM Communities and BREEAM International teams point towards the possibility for several potential solutions that together could address many of the challenges facing the sustainable development of Hulhumale:

It is too early to tell what impact will be made, but BRE's hope is that one day the Maldives will gain international recognition not only for its natural beauty, but also for its sustainable built environment.

This article was originally published here by BRE Buzz on 20 Sept 2018. It was written by Weikai Gong.

Retrieved from "https://www.designingbuildings.co.uk/wiki/Hulhumale_-_the_city_of_hope"
Create an article