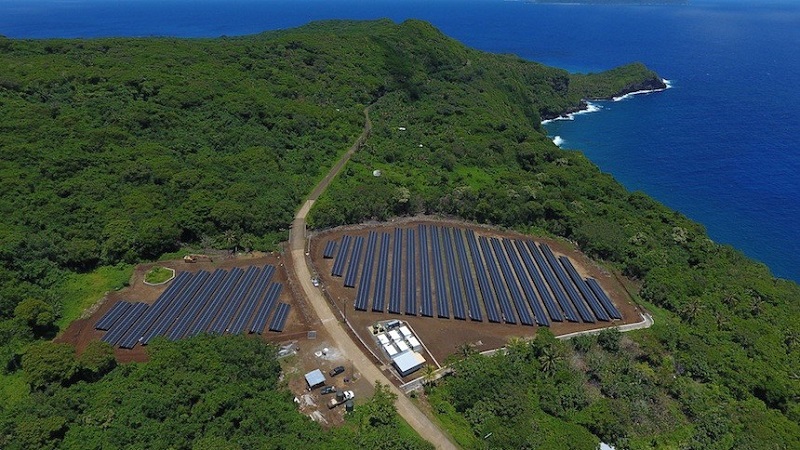 The island of Ta’u is more than 4,000 miles from the West Coast of the United States and has a population of just 600, but it could demonstrate what can be achieved when determination and strong will demand a shift from fossil fuel-dependency to renewable energy.

The island has constructed a solar power and battery storage-enabled microgrid. This supplies nearly all of the island’s power. The microgrid was provided by contractors SolarCity and Tesla, engineers from whom flew to the island from California to oversee the construction process.

The microgrid has a solar generation capacity of 1.4 megawatts, with 6 megawatt hours of battery storage from 60 Tesla Powerpacks. 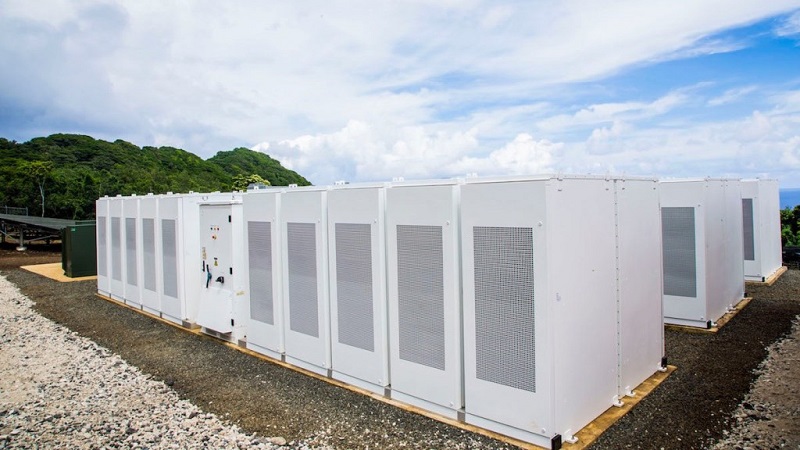 Heretofore, Ta’u had previously been dependent on more than 100,000 gallons of diesel a year, shipped from the main island of Tutuila. This supply had been prone to disruption due to bad weather and rough seas causing power intermittency and frequenet outages.

Microgrid solutions harnessing solar power and energy storage offer cost savings, as well as being a safer and cleaner alternative to diesel. Ta’u’s microgrid is designed to optimise system performance and maximise savings. The batteries allow stored solar energy to be used at night, with residents hoping this will mean energy rationing is a thing of the past.

At around US$80-100 per month, the power bills for an average island household will remain the same, but it is expected that there will be significant financial advantages from being self-sufficient and no longer having to ship diesel to the island. Indeed, neighbouring islands Ofu and Olosega plan to follow T’au’s example.

Retrieved from "https://www.designingbuildings.co.uk/wiki/Tau_-_the_solar_powered_island"
Create an article