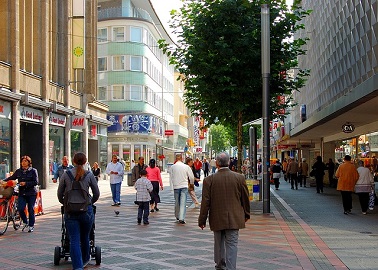 For a number of years, local highways authorities have been encouraged to develop Highways Infrastructure Asset Management Plans (HIAMPs), and the benefits of such an approach are widely acknowledged. However, changes to funding arrangements mean that authorities now have to demonstrate they not only have a HIAMP in place, but that an asset management approach is in operation and delivering benefits.

The whole project was founded on highways asset management principals, which was instrumental in securing government approval.

The main features of the PFI model are:

While it is unlikely that there will be any new highways maintenance PFI projects over the coming years, the current plan has been running for three years. This presents an opportunity to assess whether the projected asset management-related benefits are being realised, and to consider lessons learned to date.

The highways PFI model has a number of advantages over the conventional local authority funding model:

As with any HIAMP implementation there is a need for high-quality data and supporting models to ensure that contractual performance measures can be calculated, reported, audited and achieved. There is also a need to certify that the contractor is able to plan future interventions to reduce cost over the life of the project, and a need to minimise the risk of performance failures.

Ringway and Jean Lefebvre have developed their own sophisticated asset optioneering model (AOM), which can calculate whole life costs of various road construction and rehabilitation options over the network. This helps minimise costs, carbon emissions and energy consumption, while maximising performance, durability and recycling of construction waste.

[edit] Progress and achievements to date

As of July 2015 Hounslow's PFI contract has delivered the following:

While many local authorities faced with implementing a HIAMP regime may not have the luxury of the levels of funding and long-term consistency that highways maintenance PFIs enjoy, there are a number of lessons that can be applied from projects such Hounslow's:

This article originally appeared as Highways Asset Management in Practice – Hounslow Highways PFI, published by the Institution of Civil Engineers on 13 October 2015. It was written by Satbir Gill, Network Manager, Hounslow Highways.

Retrieved from "https://www.designingbuildings.co.uk/wiki/Hounslow_highways_pathfinder_private_finance_initiative_case_study"
Create an article