Construction contracts generally allow the construction period to be extended where there is a delay that is not the contractor's fault. This is described as an extension of time (EOT).

When it becomes reasonably apparent that there is, or that there is likely to be, a delay that could merit an extension of time, the contractor gives written notice to the contract administrator identifying the relevant event that has caused the delay.

If the contract administrator accepts that the delay was caused by a relevant event, then they may grant an extension of time and the completion date is adjusted.

Relevant events may include:

The contractor is required to prevent or mitigate the delay and any resulting loss, even where the fault is not their own.

Assessing claims for an extension of time can be complicated and controversial. There may be multiple or concurrent delays, some of which are the contractor's fault and some not. There are many occasions where contractors contribute to delay themselves by their performance during design periods, when producing drawings, mock ups and samples or in inter-facing with sub-contractors.

Crucial in assessing applications for extension of time is the quality of the information provided and records available.

For more information, see How to prepare a claim for an extension of time.

Claims should be judged against the actual progress of the works, not the programme, and must demonstrate the link between the breach (cause) and the delay.

The contract administrator may review extensions of time after practical completion and further adjust the completion date.

Claims for extension of time can run alongside claims for loss and expense (relevant matters) however, one need not necessarily lead to the other.

It is very important when deducting liquidated damages to ensure that the correct contractual procedures are adhered to. In the case of Octoesse LLP v Trak Special Projects Ltd [2016], Justice Jefford held that Octoesse was not entitled to deduct liquidated damages as they had agreed to an extension of time after a certificate of non completion had been issued. The JCT Intermediate Building Contract is constructed such that:

As Octoesse had not issued a further certificate of non completion, they were not entitled to deduct liquidated damages. 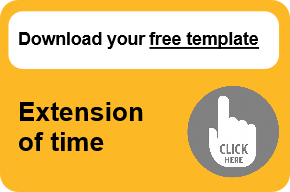 Retrieved from "https://www.designingbuildings.co.uk/wiki/Extension_of_time_EOT_in_construction_contracts"
Create an article