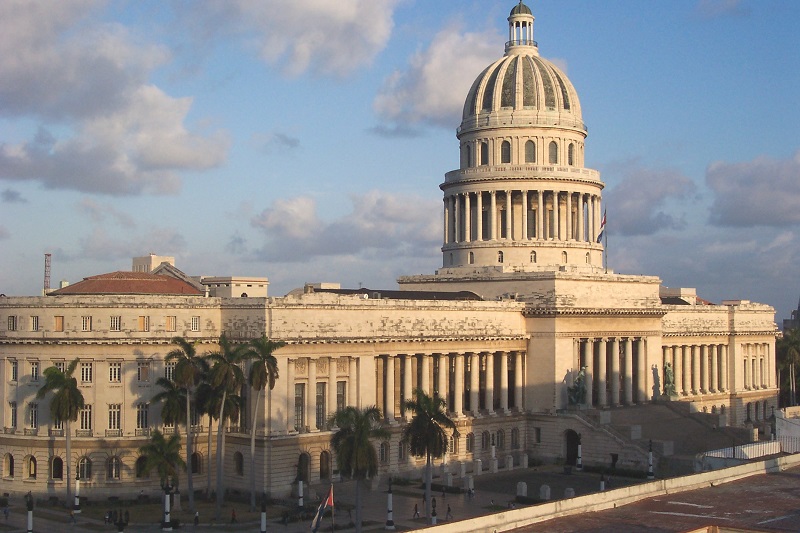 El Capitolio, or the National Capitol Building, is the former seat of government and the most famous landmark in Cuba. Located in Havana, it was completed in 1929 and was the city’s tallest building until the 1950s.

The project was started in 1926, under the administration of President Gerardo Machado y Morales, with construction work managed by the American firm Purdy and Henderson, one of several prestige projects funded by a flurry of credit from US banks.

By 1933, the country was in a depression, and 22 people were shot dead as they protested against the government outside the building. Historians note that, in the wave of destructive aggression that was sparked by Macado’s resignation, the building remained unscathed, save for the former-President’s face on the door bas-relief which was scratched out.

After the 1959 Cuban Revolution, Fidel Castro abolished and disbanded the Congress, and the Capitol building lost its symbolic authority. It became the headquarters of the Ministry of Science, Technology and the Environment, and was opened to the public as a museum and library.

In 2013, a major restoration project was begun, with President Raul Castro surprising many by announcing that upon completion, the Government of Cuba would move back into the building as the home of the National Assembly. 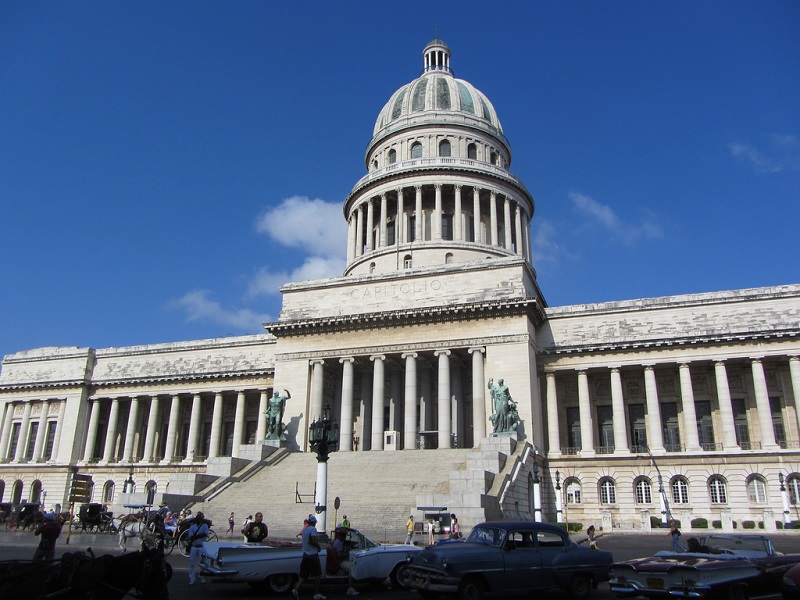 The cupola was the third highest in the world at the time of its completion. It is stone clad around a steel frame and was imported to Cuba from the United States. The stylised palm leaves that were included on the dome’s original design were never executed.

The entrance ‘La Escalinata’, has 55 steps and is flanked on either side by 6.5 m (21 ft) bronze statues by the Italian artist Angelo Zanelli. The central portico measures 36 m (118 ft) wide and more than 16 m (52.5 ft) high, beneath which are two rows of granite Romanesque columns measuring more than 14 m (46 ft) tall.

Inside the building, 60 different types of marble, sourced from Italy, Germany and Cuba, are used for flooring, walls and steps.

In the main hall, under the cupola, Zanelli’s bronze Statue of the Republic is covered with 22 carat gold leaf. The statue was cast in Rome and shipped to Havana in three separate pieces. At 15 m (49 ft) tall, it is the third highest indoor statue in the world. 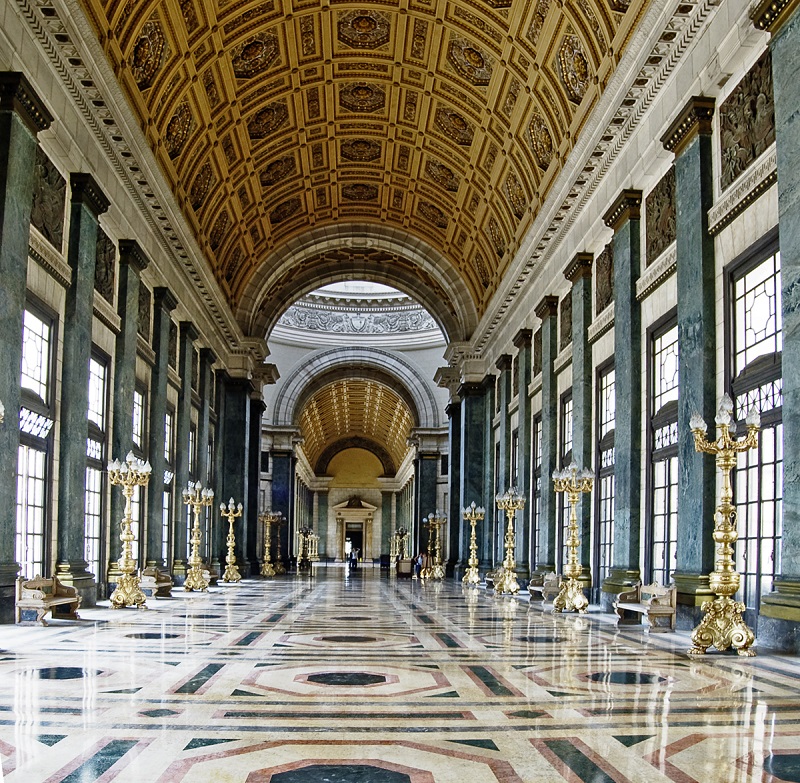 The restoration project is reported to cost over $60 million. Most of the works involve repairing the bronze statues, lamps, lifts, doors, and so on. The building also needs modern utilities, such as new piping, fibre optic cables, new electrical wiring, air-conditioning systems, security systems, fire alarms, and so on. The exterior requires sandblasting, while the cupola is to be structurally repaired.

The project is said to be painstaking in historic detail - for example, the air handling units will be concealed in custom built cabinets to match the original timber wainscot; and the inner mechanisms of the door locks are being rebuilt as opposed to replacing the original faceplates.

Retrieved from "https://www.designingbuildings.co.uk/wiki/El_Capitolio,_Cuba"
Create an article