Changing attitudes to property flood resilience in the UK 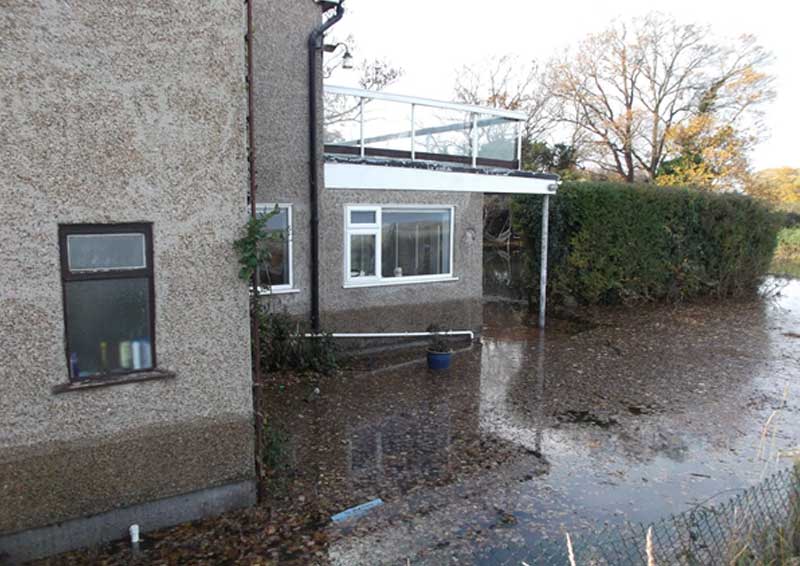 With major flooding events badly affecting the UK during the winters of both 2013/14 and 2015/16, the threat of being flooded has been a major cause of concern for both householders and business owners all around the country.

The Association of British Insurers (ABI) produced an article showing that while the 2013/14 flooding resulted in a typical claim for flood damage to a home of £31,000, these figures had risen significantly by 2015/16 to around £50,000 on average. As a response to these flood events, the recognised approach for protecting homes and businesses within the UK is shifting to focus on the need for a resilient built environment.

The term ‘flood resilience’ has become a commonly used term both by industry and the media in recent years. A flood resilient built environment would be one that can be considered to manage the damage associated with, and quickly recover from, the effects of flooding. This encompasses two key approaches to the management of flooding, a ‘resistance’ approach and a ‘resilience’ (or ‘recovery’) approach.

Ideally, floodwater would be fully kept out of all buildings, however structural risks may be prevalent to some homes due to the weight of water against walls. Consequently, this approach is often only adopted up to a threshold value of 600 mm around a property, although in some cases surveyors will recommend that this is only conducted up to 300 mm. Above the 600 mm threshold height, it is essential that a resilience approach is adopted.

A flood resilience approach will take measures to ensure a home or business can recover from the impact of a flood quickly, and allow occupants to use the building again as soon as possible. This could include features such as waterproof wall coatings and floorings that, following a flood, can be easily wiped clean and allow occupants to return to their homes or businesses. By making additional small changes to the location of services and electrical points in the home – such as raising plug sockets up the wall – can not only improve the safety of the building for the occupants, but can save significant amounts of money on repairing these after a flood.

"In order to achieve the full benefit offered by property flood resilience, we need to ensure that there is a wide-spread adoption by insurers, the construction industry, and property owners. Much research has taken place over the last 20 years and it is now time to use this knowledge to develop the standards and skills required within the industry.” – Dr Stephen Garvin (Director, BRE Centre for Resilience)

In many cases a flood resilient surveyor may recommend a combination of flood resistance and flood resilience measures. A key demonstration of where these measures could be used together can be seen by the BRE Property Flood Resilient Repair House on the BRE Innovation Park in Watford. This collaborative research project highlighted the various approaches and measures that can be implemented in order to reduce the impact of flooding on buildings in the UK.

In areas heavily affected by flooding, returning to your home quickly has a major positive benefit on both personal wellbeing and moral, as well as providing a personal feeling of recovery and damage management. Public Health England (PHE) have published a series of reports and information graphics outlining the impact of flooding on health.

A private sector initiative was established by BRE Chief Executive, Dr Peter Bonfield OBE, which brought together key contacts across industry to recognise the obstacles to flood resilience in the UK and to help produce solutions to overcome these. In September 2016, the formulated Roundtable group published their findings and strategy for the future in the Property Flood Resilience Action Plan. This highlighted 5 key work streams for the group to address these challenges.

Following the launch of the action plan, the Roundtable has also created a sixth group. This group will establish the data required to underpin the work of the initial five task groups; recognising the gaps in these datasets that will be required to help support a shift to a resilient built environment. These groups are essential in changing the attitudes to flood protection in homes and businesses across the UK. With the limitations of a resistance approach, a resilience approach is often much more suitable for homes or businesses regularly affected by surface water flooding.

Additionally, appropriate certification and standards must be in place across the industry in order to facilitate the transition to flood resilient homes. While current standards are in place for many flood resistance products, Task Group four is looking at the possibility of producing product standards for flood resilience measures. A full list of current recognised standards is available in the Property Flood Resilience Action Plan.

In addition to this, there was a major gap in the chain for home and business owners, in that currently there was no official certification scheme for flood risk surveyors. BRE Group announced in February 2017 that they would be officially launching a certification scheme and accompanying training to fill this gap – in partnership with the Royal Institution of Chartered Surveyors (RICS).

This will allow home owners and business owners to be confident that the individual surveyor of their building has demonstrated the appropriate credentials and knowledge required to successfully survey their building and recommend appropriate flood measures. Confidence in the surveyor is an essential part of the protection of a building, especially if these measures are going to require the property owner’s investment in order to protect theirr home from future flood damage.

"The new BRE Academy flood resilience surveyors training programme, which is developed in partnership with RICS, and the BRE Certification Scheme for Independent Flood Resilience Surveyors will support industry in delivering better and more resilient solutions for properties that have been flooded or are at risk from flooding.

"The role of the surveyor is key to the process. They must be able to identify and understand the risks, as well as have the knowledge and expertise to deliver practical solutions to mitigate any potential impacts, and ultimately protect families and businesses from potentially devastating consequences. The surveyor's programme aims to educate, enable and support surveyors – as well as provide a mechanism for them to record their findings and actions taken that can then be shared with wider industries.” – Graeme Hannah, (Programme Director, BRE Centre for Resilience).

Another piece of the jigsaw was the lack of universal recognition by flood insurance providers regarding the installation of flood protection measures to homes and businesses within the UK – and the reduced risk of flood damage that these measures provide. The Property Flood Resilience Database (PFR-d), which concluded in September 2017, was an Innovate UK research project which helped to address this.

The PFR-d required the design of a system that would allow the measures installed by property owners to be recorded in a national database. The database would then be available to insurers and local government, to recognise the level of protection taken by these property owners. This would not only highlight the properties within flood-prone areas that are at the greatest risk, but would also indicate which homes and businesses had not taken appropriate measures to protect themselves from future flood events.

In addition to this, the demonstration of flood resistance and resilience measures are key in showing home and business owners that these alterations do not need to look out of place on homes in the UK and should not be a deterrent. In contrast to this, one of the key goals discussed in the property flood resilience action plan, was the idea to mainstream property flood resilience measures. With an ever-growing industry of flood protection measures, more products are becoming available that can easily fit within the design of a house.

As a result of climate change, flooding is ever-increasingly becoming a major threat for many homes and businesses within the UK. Consequently, we are in the process of observing a shift within our built environment, from one which tries to prevent flooding, to one that is adapting to cope with the impacts of floods and that can ultimately recover quickly from these disruptive events.

This article was originally published here by BRE Buzz on 29 Nov 2017. It was written by Matt Barker.

Retrieved from "https://www.designingbuildings.co.uk/wiki/Changing_attitudes_to_property_flood_resilience_in_the_UK"
Create an article