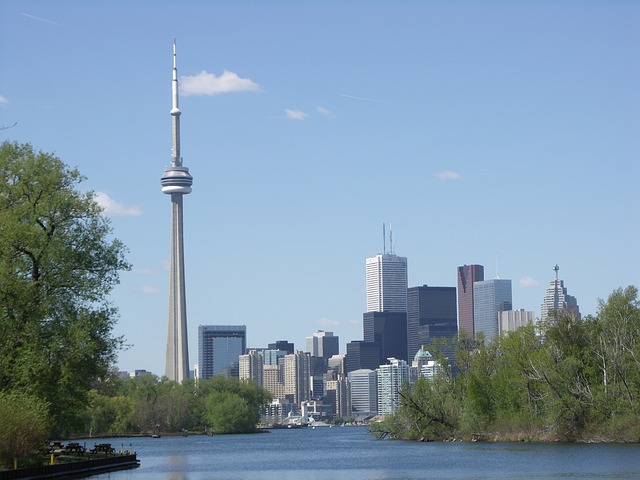 The CN Tower in downtown Toronto is a concrete communications/observation tower and an iconic symbol of Canada. The tower was built by Canadian National in response to the need for uninterrupted communications broadcasting over the skyline of buildings constructed during Toronto’s 1960s boom.

The Council on Tall Buildings and Urban Habitat define a tower as ‘a building in which less than 50% of the construction is usable floor space.’

Being classed as a ‘tower’ as opposed to a ‘building’, the CN Tower has been disqualified from the official list of the world’s tallest buildings in the Guinness World Records. In 2004, Taipei 101 was pronounced the tallest building in the world despite being 44 m shorter than the CN Tower

It remains the third tallest tower in the world and the tallest free-standing structure in the western hemisphere as well as being one of the most popular tourist attractions in Canada, with approximately 1.5 million visitors each year

The construction of the tower was an ambitious project that involved 1,537 workers, employed 24-hours a day for 40 months.

The work to remove more than 56,000 tonnes of earth and shale for the foundation began in 1973. The base foundation incorporated 7,000 m3 of concrete, 450 tonnes of rebar and 36 tonnes of steel cable.

The 335 m (1,100 ft) concrete shaft is made up of a hexagonal core with three curved support arms. Concrete was poured into a huge ‘slipform’ mould supported by a ring of climbing jacks powered by hydraulic pressure. As the concrete set, the slipform was raised upwards and gradually decreased in size to produce the tower’s tapered contour. Six elevators, two per angle, are located in the three inverted angles created by the hexagonal shape of the tower. The elevators are lined with glass allowing for spectacular views across the city.

The tower was completed in 1975, as ‘Olga’ the giant Sikorsky helicopter lifted the 44 pieces of antenna into place. 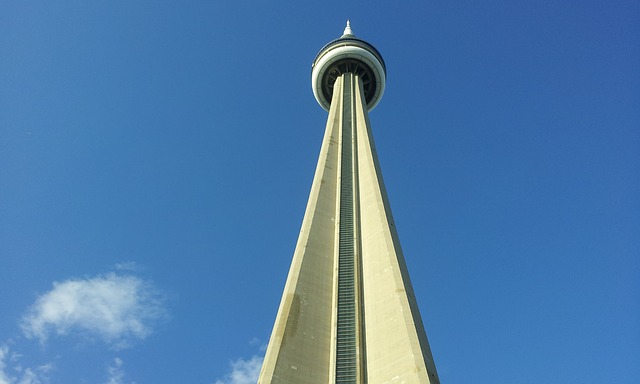 Once it was opened to the public in 1976, the tower became a popular tourist attraction, as well as being the centre for telecommunications for Toronto, serving more than 16 TV and radio stations. The main seven-storey SkyPod deck was the highest public observation deck in the world until the completion of the Shanghai World Financial Center in 2008.

In the 1990s, a 9,000 bottle wine cellar was opened in the tower, which at 351 m, made it the highest in the world. The tower also boasts the 360 Restaurant, a revolving restaurant that completes a full rotation once every 72 minutes.

In 1995, the American Society of Civil Engineers classified the CN Tower as one of the Seven Wonders of the Modern World.

In 2007, innovative programmable LED exterior lighting was installed on the tower, allowing it to illuminate the sky on special occasions of the year.

In 2011, the EdgeWalk was opened, the world’s highest full circle walk on a 1.5 m (5 ft) wide ledge encircling the top of the SkyPod.

Retrieved from "https://www.designingbuildings.co.uk/wiki/CN_Tower"
Create an article