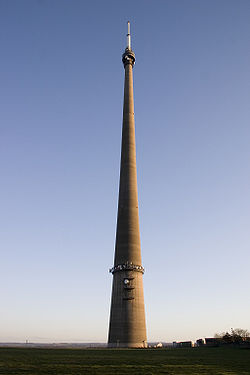 Emley Moor transmitting station, officially known as The Arqiva Tower, is a telecommunications and broadcasting facility on Emley Moor, in Kirklees, West Yorkshire.

In March 1969, the structure collapsed as a result of strong winds and the weight of ice that had formed around the top of the mast and on the guy wires. The subsequent committee of inquiry blamed the collapse on a form of oscillation which occurred at a low but steady wind speed.

The construction of the current tower was begun in 1969 and was completed in 1971. It is built on foundations which extend 6 m (20 ft) into the ground. A control room at 274 m (900 ft) can be reached by a lift that takes around 7 minutes to ascend.

In recent years, the tower has had supporting structures attached to accommodate more dishes and aerials, reflecting the changing nature of communications and technology. 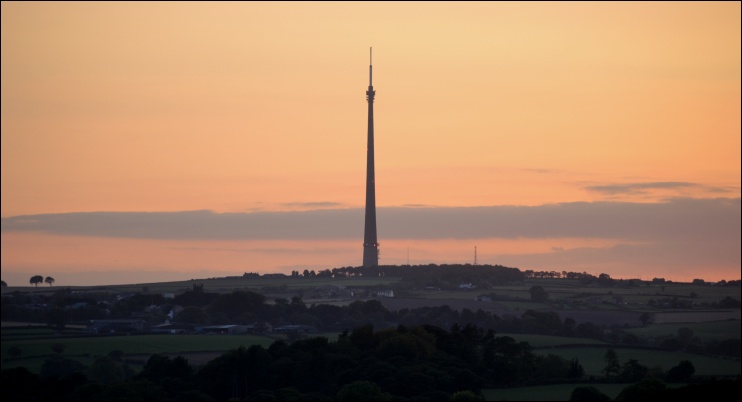 Retrieved from "https://www.designingbuildings.co.uk/wiki/Emley_Moor_transmitting_station"
Create an article