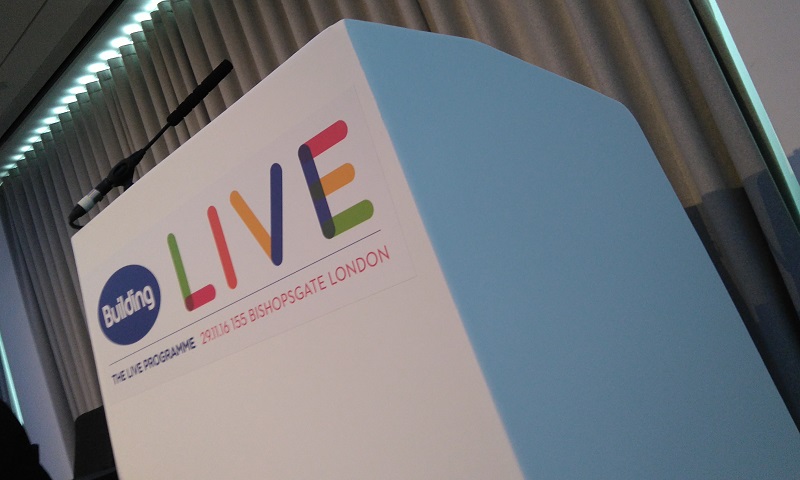 With temperatures plummeting outside, the day began on a gloomy note, as Building’s Editor Sarah Richardson described some of the pressures currently facing the UK built environment. These include; housing a rising population, rebalancing the economy through regional development and securing an infrastructure network capable of connecting cities in a way that drives future growth - not to mention the uncertainty created by the Brexit vote and the knock-on effect this may have on the skills shortage. 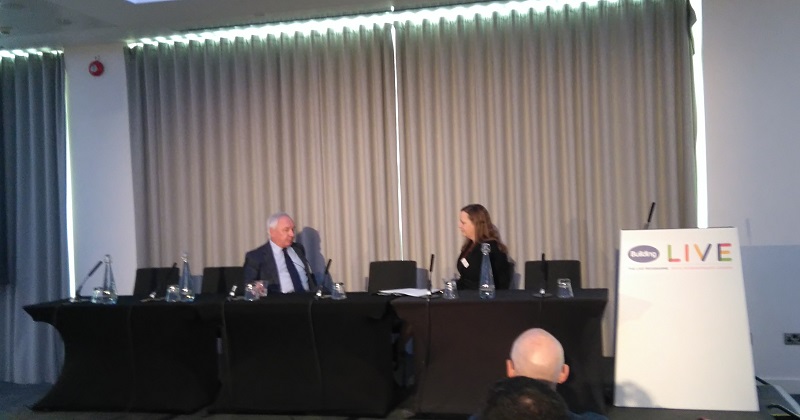 The keynote interview was with Stephen Stone, chief executive of Crest Nicholson for 11 years, who steered them through the tumultuous period following the credit crunch when it was feared the company might close.

He initially tried to inject some optimism by claiming that “the housing market has never been as positive as it is today”. However, this was quickly tempered by asserting that “without doubt there is a housing crisis… Affordable housing is seriously down. Housebuilders have become very good at negotiating down the percentage of affordable housing on a site. London is in a dire condition on that front.”

He expressed his suspicion that “government, or previous governments, haven’t been really serious about sorting out the housing problem.” He claimed the government’s delayed White Paper on housing strategy, in reopening debate about Section 106 agreements, “will create chaos again when we need to getting on with building.”

His response to a question about whether the government will meet its target of 200,000 new homes a year was simply, “no chance”. Expanding on this, Stone said “there’s been a lot of talk about land banking, but if you want to solve the crisis you need to unlock the planning system. There just isn’t a joined-up, 30-40 year view on housebuilding and infrastructure. I don’t see how you can tackle the crisis with a neighbourhood planning, bottom-up approach.”

Sadie Morgan, founding director of dRMM suggested there was be a pressing need to “densify, rethink the Green Belt and our reliance on cars.” She warned that it was not enough to simply focus on “connecting the cities… the housing and economic stimulation cannot rely solely on the transport links [of major projects such as HS2].”

Janet Miller, sector director of cities and development at Atkins, argued that the skills gap was the central factor affecting performance discrepancies between the north and south. She said it was imperative to decide “what the north is going to sell to the world? We need to understand what its competitive edge on the world stage is.”

Paul Beardmore, director of housing at Manchester City Council, and executive director of Manchester Place, spoke about the ‘Strategic Together’ plan that Manchester has launched, with growth and reform its twin themes. He pointed to the Metrolink tram system connecting Greater Manchester, as a great example of successful reform of public services rather than simply focusing on growth.

He said that the council’s plan was to build 11,500 new homes a year, more than double the current output. “We are moving in the right direction” he said, “but we need to harness the momentum that schemes like the Northern Powerhouse have generated.”

Sadie Morgan agreed about the recent successes of Manchester but argued that “transformation needs to be shared across the wider region.”

On the question of the impact of Brexit and whether a change in government leadership might shift the impetus of the Northern Powerhouse, there was general agreement that while the buzzword itself was synonymous with Osborne, the political will towards appeared to be intact.

Morgan said “the reality is there needs to be huge investment in the north, we need to kickstart High Speed 3, it’s incumbent on any government to make that happen.”

Beardmore said that the Northern Powerhouse was “embedded”, with united leaders behind it, and that a properly devolved process that encouraged local people to get more engaged on issues that matter to them, could redress the sense of alienation with national politics revealed by the EU vote. The Manchester mayoral elections in 2017, he said will be a “golden opportunity” in that direction. 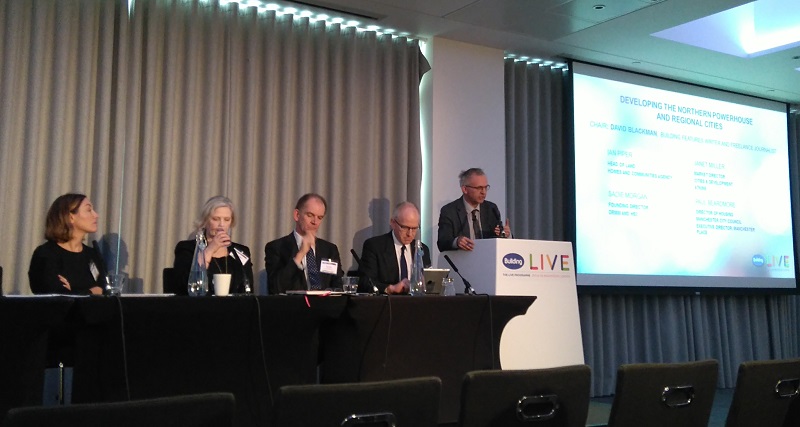 The next panel discussion looked at how the housing crisis could be averted. David Montague, chief executive of L&Q, began by quoting recent figures that to buy a home in London requires a £100,000 salary and a £100,000 deposit, however, the average London salary is £36,000. “There is definitely a crisis”, he said.

Duncan Cumberland, residential director at Muse Developments (who deliver an average of 800 homes a year, almost exclusively on brownfield sites), reiterated that “the burden of planning is the bugbear.” He claimed that major projects such as Hinkley Point threaten to drain yet more workers from the available pool, with the skills gap currently reducing the number of competitive tenders from main contractors south of Bristol.

Mark Dickinson, managing director of relatively new developer Anthology, argued that “to hit anywhere near the government’s target would require more effective land releases, not just in the public sector. There’s no incentive to be the ‘first mover’ in an area of regeneration.” He said that in the debt market, stability was difficult as an SME, but that it was positive to see the Autumn Statement focus on supply. “The government need to choose a plan and stick to it”, he said.

In terms of immediate concerns, Cumberland pointed out that deep cuts to the Homes and Communities Agency (HCA) may result in too much centralisation and a loss of real community contact that allows for joined-up thinking on planning and development.

Dickinson expressed positivity about the return of the Help to Buy scheme. He suggested the “innovative stretching” of the pre-purchase time from 6 to 12 or 18 months before completion as a means of helping fund developments.

There was also some support for Jeremy Corbyn’s Labour, as the panel were broadly enthusiastic about the policy of stimulating building by lifting the borrowing cap on councils, enabling them to borrow against their housing stock. “In the 1998 Housing Act, housing associations were allowed to borrow and approach the City, build business plans, and the rate of building went up dramatically. I don’t see why housing associations and councils shouldn’t be allowed to borrow”, said Montague.

Retrieved from "https://www.designingbuildings.co.uk/wiki/Building_Live_2016"
Create an article