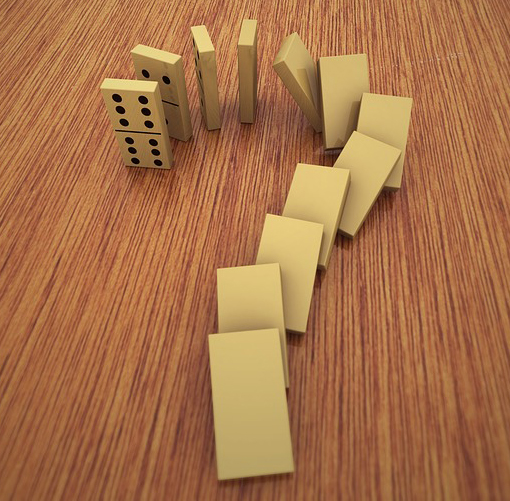 Knock-on effect is a phrase that has become increasingly more common in English, for a variety of uses. It refers to a secondary change, indirect, or a cumulative response to an initial adjustment or input. This may be known, unknown or unintended.

As a phrase it is likely to have originated in the sciences, in particular physics, where an example of its use is “Ejected, produced, or caused as a result of the collision of an atomic or sub-atomic particle with an atom.” (“Knock-on protons produced by 3MeV neutrons would not..produce visible flashes.” Nature, 1971.) Its use today can be found in relation to various types of both human-made and natural systems engineering.

In construction projects it may arise in project management and programming discussions. For example the knock on effect of the windows being the wrong size, was that the second fix was delayed by 6 weeks, which impacted the overall programme, costs and delivery date.

Retrieved from "https://www.designingbuildings.co.uk/wiki/Knock-on_effect"
Create an article