The transport revolution of Hyperloop

A team of over 50 students at Edinburgh University is building a 1,150 km/h ‘Hyperloop’ pod for evaluation by SpaceX in June 2017. Adam Anyszewski and Carolina Toczycka of HypEd say it could revolutionise transport. 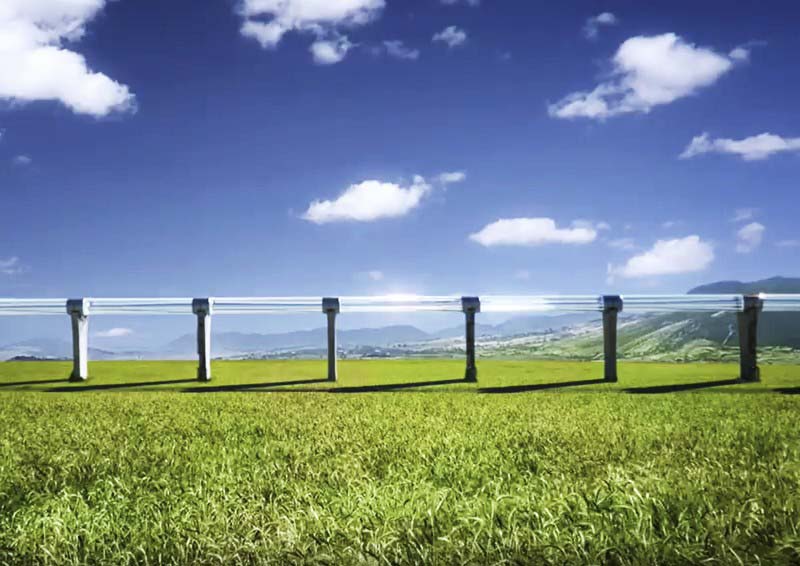 Megacities like London or Tokyo are facing a commuting time crisis. Journeys often take 70 minutes for a one-way trip on a good day, more if something goes wrong. Overcrowding of services at peak-times prevents commuters from using their time for work, learning or relaxation and results in an intrinsic loss of productivity.

The 'Hyperloop' ultra-rapid transit system proposed by Elon Musk of SpaceX in 2012 and now being independently developed around the world on an 'open source' basis offers the prospect of a pivotal change to patterns of working and living in the regions around stations.

Travelling at speeds of over 1,150 km/h, it represents an opportunity to unify densely populated and yet stratified territories from the point of view of socio- economic development. Reducing travel times has the potential to address regional unemployment by allowing for a greater coalescence of core competencies between various regions.

[edit] Best of all modes

Hyperloop has emerged as a fifth way of transport, combining the best features of all modes. It exceeds the speed of an airplane, has the convenience of a train and a lower environmental footprint than either.

The pods, which can travel at 10-second intervals, will levitate in a long, low-pressure tube on an air or magnetic cushion and will be propelled by linear induction motors. The lack of air drag allows the pod to reach close to the speed of sound, which would reduce the journey from Edinburgh to London for example to just 35 minutes.

Pylons supporting the low-pressure tube can follow existing rights of way, running along existing road and rail routes. The same way as motorways shifted demand from rail to car, Hyperloop would reduce pressure on domestic flights and runway capacity.

Additionally, because the tubes can be stacked vertically, Hyperloop offers a land-use advantage, especially in densely populated areas. Hyperloop is paradoxical because it relaxes the traditional trade-off between economic growth and environmental protection.

Furthermore, the system has the potential to be partially powered with energy generated by solar panels on top of the tube, which implies its net greenhouse gas emissions could be practically zero.

Standard economic urban theory predicts a population movement away from city centres when commuting costs, whether monetary or temporal, are reduced. If we think of Britain's south east as the 'city centre', Hyperloop will enable a redistribution of population density and economic activity to the new 'suburban areas', in this case the north of England and beyond.

Given that construction and operational costs increase within central business districts because of physical constraints, ever-increasing demand will drive expansion to geographically remote but temporally close locations, and this should be a natural process.

Increased time–space convergence with inherent physical limitations of large cities creates a basis for more equal distribution of economic activity across cities and regions with multiple, interconnected city-centres. Future cities will be defined by proximity to a high-speed transport link rather than by the geographic location of the central business district.

Hyperloop's advantage to users lies in decreased access time and greater frequency of service. It can also be can also be integrated with autonomous shuttle vehicles for the 'last mile' of passenger journeys.

Intra-city transport is moving away from the traditional schedule-based public transport or privately owned vehicles. On-demand services, like Uber or Next (modular self-driving vehicles), mean that urban journeys can take place without conscious participation of the traveller. In turn this allows for greater flexibility in infrastructure since it no longer has to be 'driver-friendly'.

Through transport innovations such as Hyperloop, core cities will not lose their importance: they will gain a vastly expanded population reach and a host of other socio-economic benefits.

This article was originally published here by ICE on 16 Dec 2016. It was written by Adam Anyszewski and Carolina Toczycka.

Retrieved from "https://www.designingbuildings.co.uk/wiki/The_transport_revolution_of_Hyperloop"
Create an article