Humans have long been fascinated with travel. Wherever we are, we want to get somewhere else, and when we’ve got there, we want to be able to get there faster.

Now there is the Hyperloop, a high-speed ground travel system that is tipped to be the world’s next fastest mode of transport.

And cities are taking it seriously. A new project led by US-based company Hyperloop One aims to take people from Dubai to Abu Dhabi in just 12 minutes, a trip that currently takes about two hours. 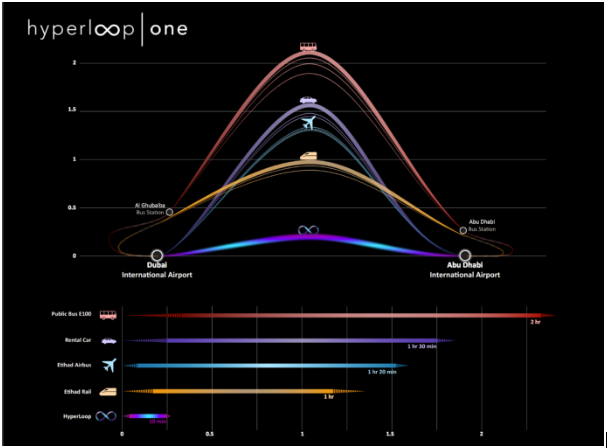 [edit] The future of fast travel

On 8 November 2016, Hyperloop One signed an agreement with Dubai’s Roads and Transport Authority (RTA) to explore high-speed routes in the United Arab Emirates “to figure out where and how to build what would likely be a hybrid passenger-freight system in Emirates.”

In other words, it’s going to work out how to turn the theory of Hyperloop into a reality.

“Dubai makes perfect sense for Hyperloop One because this is the 21st century’s global transport hub and its leaders understand that Hyperloop One is ushering in the next era of transportation,” said Shervin Pishevar, Executive Chairman.

Hyperloop One is exploring the idea first floated by SpaceX founder Elon Musk. This is what Hyperloop One thinks its revolutionary transportation system will look like:

In the future, Hyperloop One passengers would board a capsule that travels through giant tubes at 1,200 km/h, using electric propulsion.

'Hyperpods' would seat anywhere from six to 100 people. Businesses could use meeting pods as a moving conference room, and there would even be a critical-care pod to whisk patients to the hospital, according to the company. 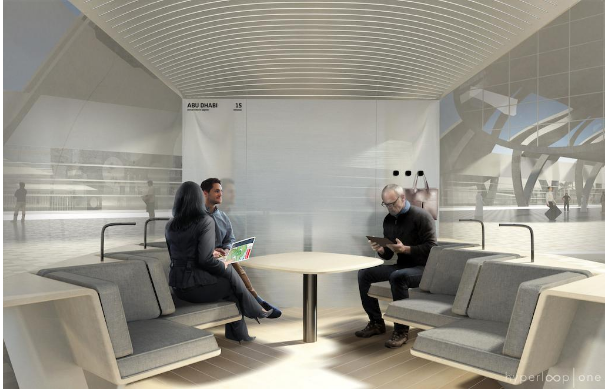 The Hyperloop system would have minimal impact on the environment, and because the vehicle floats slightly above the track, it would be able to travel faster than an airplane. “We eliminate direct emissions, noise, delay, weather concerns and pilot error. It’s the next mode of transportation,” says the company.

Here’s what Hyperloop One’s Marvin Ammori had to say when interviewed on the concept at this year’s Annual Meeting of the Global Future Councils in Dubai.

[edit] Will it happen?

It’s a giant leap in terms of technology, and even the founders of Hyperloop One admit that “some engineers knew how to build rockets and cars. Our technology stack doesn’t even exist.” There are also financial and regulatory hurdles ahead, they add.

This recent agreement, however, puts Hyperloop firmly on track.

This article was written by Alex Gray, Senior Writer, Formative Content. It was originally published on the Future of Construction Knowledge Sharing Platform and the WEF Agenda Blog.

[edit] Have you read?

Retrieved from "https://www.designingbuildings.co.uk/wiki/Hyperloop_in_Dubai"
Create an article