State of the Nation 2018: Infrastructure Investment 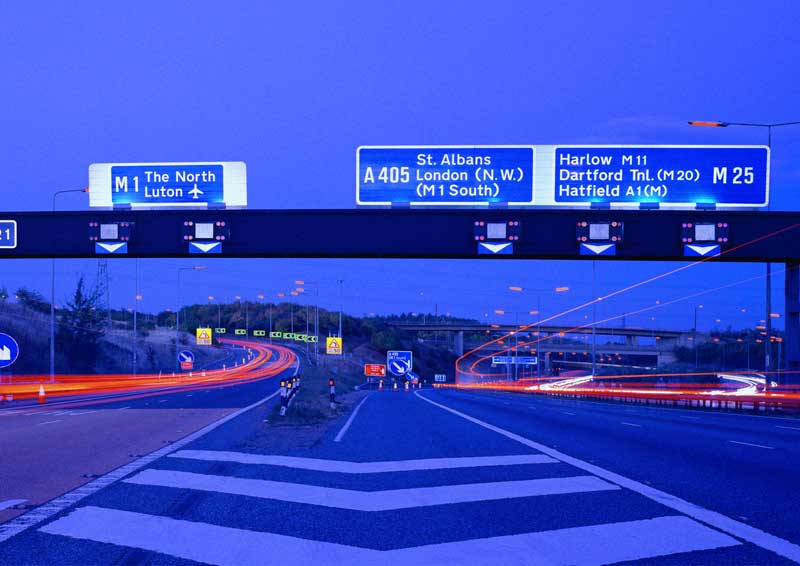 A range of future finance options, from pay as you go road schemes to a UK investment bank, should be considered by the government and industry to ensure a strong future for the sector, according to a new report 'State of the Nation 2018: Infrastructure Investment (SoN)' published in October 2018 from the Institution of Civil Engineers (ICE).

The report explores opportunities for future investment and opens a conversation about how the nation’s infrastructure can be better funded and financed.

Some of the report’s key recommendations include:

“It’s important that we recognise the changing societal landscape and adapt accordingly – moving towards an electric vehicle fleet will require a change in the way taxes are charged and collected, just asa change in emerging technologies will require variation in how energy is stored.This report makes recommendations to government as we work together to create a sustainable future for infrastructure.”

“We face a time when the demands on infrastructure services are changing and increasing, with pressures from population growth, ageing demographics, increasing urbanisation,and resilience issues due to climate change.

"To respond to these in the long-term, and remain globally competitive, we must have an open and robust debate about how to fund our future infrastructure needs – and encouraging private investment must be considered.”

The need for debate about future infrastructure spending is particularly timely as we look at the UK’s future spending trends.

The OECD recommendation is that by 2030,global infrastructure spending should be 3.5% of world annual GDP.

However, the budget for public investment in UK infrastructure between 2020 and 2050 sits at 1.0%-1.2%, with any further investment to come from the private sector.

The report states that it's important there's a healthy mix of public and private investment to ensure a diverse range of financing streams and enable the benefits of delivering socially important infrastructure.

One of the report's key recommendations is that government should consider a pay-as-you-go model of road taxation, to replace the likely loss of income from the existing model as the country moves towards a largely electric car fleet.

Almost half the population (47%) would support the introduction of a pay-as-you-go model, if it were to replace Vehicle Tax and Fuel Duty, according to a YouGov survey commissioned by ICE.

This compares to less than a quarter (23%) who opposed the idea, and 30% who were either undecided or didn't have an opinion either way.

[edit] Industry response to the report

Andy Matthews, Greenfield Director at Infracapital, spoke on behalf of the investment community at the launch.

He welcomed the conversation the report was starting about the need for private investment in infrastructure and how best this could be achieved.

He supported the recommendation encouraging the government to include more details in the National Infrastructure and Construction Pipeline, saying investors needed to have a clear idea about where the investment opportunities in infrastructure are.

“There is a part for private capital to play in the creation of key national infrastructure, but we’d like to see a succession of projects with more detail included in the pipeline," he said.

He also agreed with the recommendation to place the National Infrastructure Commission on statutory footing in the long-term.

This would, he said, enable it to have more clout with government in planning infrastructure long-term, which in turn would provide the investment community with more certainty around where and when to invest.

Hala Audi, Director of Strategy and Policy at the Infrastructure and Projects Authority, responded to the report on behalf of the government.

"The more we have these good quality publications to better inform the public, the more we can keep the infrastructure conversation going with government,” she said.

She also welcomed the recommendation calling for active steps to be taken to facilitate the use of alternative funding types, such as asset recycling: “It’s good to see ICE and the industry having these types of conversations, which are also happening within government.”

[edit] Government 'must improve the framework'

David Barwell, UK&I Chief Executive, AECOM, welcomed the recommendations and said AECOM strongly agreed with backing better models for funding of infrastructure where it makes sense to do so for the benefit of the user.

“As partners and investors on the Heathrow Southern Railway proposal, we’re extremely pleased to see the recommendation for the government to reform the way it deals with market-led proposals.

“In order for the government to demonstrate it truly understands and values the importance of such proposals, it must improve the framework, making it easier for the private sector to deliver public infrastructure - with intellectual property protected and a clearly defined path for delivery.

“Despite the complications of doing so, we agree with the ICE that the feasibility of a dedicated UKI infrastructure finance institution needs to be explored.

“The EU’s European Investment Bank has worked for decades to bring private capital into infrastructure projects – but the UK’s membership of the bank could end post-Brexit. The need for new ways to mobilise private capital is even more pressing as Britain prepares to leave the European Union.”

“ICE’s excellent State of the Nation report explores how government and the private sector must work together in partnership to address the funding, financing and delivery models to deliver the high-quality infrastructure needed for future generations," he said.

The report’s findings and recommendations are based on discussions, conversations and workshops with over 150 organisations and professionals.

As well as civil engineers, the panel consulted with experts from the wider infrastructure sector, and the investment community.

You can download the report and read more about the recommendations here.

This article was originally published here by ICE on 18 Oct 2018. It was written by Emma Beer.

Retrieved from "https://www.designingbuildings.co.uk/wiki/State_of_the_Nation_2018:_Infrastructure_Investment"
Create an article