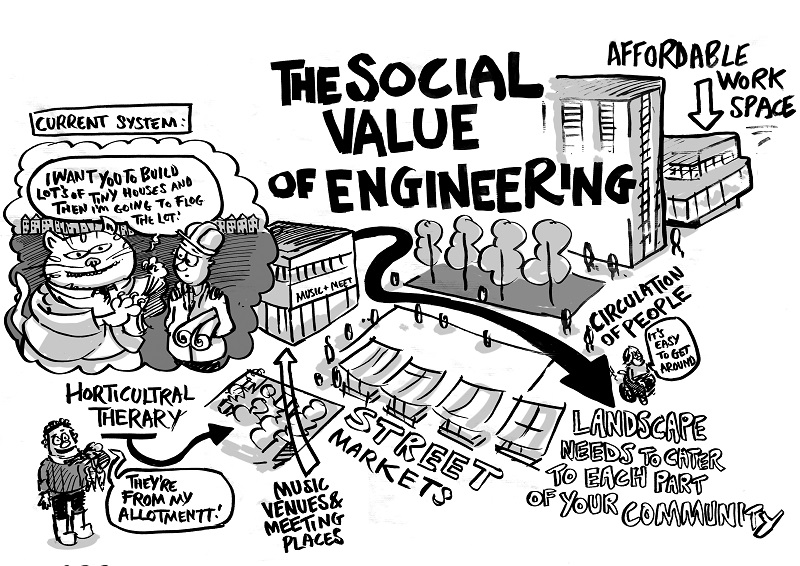 In November 2018, ICE responded to a transport consultation launched by the Department for Transport (DfT), advising the government to make decisions that will enable cities to be more inclusive.

The response focused on the consultation questions regarding people and place, examining issues identified through ICE Thinks' urbanisation strand, ensuring that we have more inclusive cities.

The submission’s core recommendations are:

‘Investment decisions made by government should seek to better reflect the practical, everyday needs of all people, as well as the experiences of those with differing requirements.’

The government currently places too much of an emphasis on the economic case for infrastructure, taking a quantitative approach to qualitative questions.

For example, deciding to lay a new section of track purely on the needs of commuters would often downplay the requirements of people with disabilities, who tend to travel less or at different times, or for different purposes.

Investment decisions need to ensure that all users are considered beyond the more easily measurable economic impact.

Ensuring that investment decisions go beyond financial measures means adopting an attitude that paid work isn't the only economically valuable form of contribution.

Informal social care provides £57 billion worth of ‘in kind’ contributions to the economy – yet this work goes largely unremunerated and where it is recognised, through carer’s allowance, this support in no way meets the carer’s costs.

Such unpaid work doesn't feature as part of the Web Based Transport Analysis Guidance, which sets objectives and creates transport models for projects that require government approval. This guidance focuses instead on the travel patterns of business users and commuters.

By focusing on data which yields a financial impact, measurable through wages, the emphasis is explicitly on formally employed transport users, judging the time of others as less valuable as a result.

This could have the effect of favouring decisions on quicker point-to-point outcomes rather than flexibility of destination, frequency of service or variation of timetable.

The government should consider working with digital services, such as Citymapper and Google Maps, and making better use of a wider dataset. This could help inform future investment decisions that better serve a wider group of people and ensure transport provision better meets inclusive needs.

[edit] Planning for all outcomes

New transport infrastructure can have a transformative impact on lives and neighbourhoods, but it can also fail to hit the mark.

Sometimes, new infrastructure simply doesn't deliver the hoped-for benefits because of reasons outside of the control of the designer.

External factors, such as private investment in housing or business which don't materialise, can mean that the ideal outcome is not reached.

One example of this is Ebbsfleet, where the planned garden city development – promoted as a benefit of constructing the Channel Tunnel Rail Link – had only delivered 65 of the proposed 15,000 homes by 2016.

While socio-economic benefits are included in a scheme’s evaluation, more robust measures that explore a range of outcomes would better inform decision-making. This should include making a measure of probability as to likelihood of occurrence to help facilitate contingency planning.

This is preferable to relying on one idealised measure or preferred outcome. It's important to harness expertise within the construction supply chain in order to offer project-by-project assessments.

It's important that the government improves its decision-making to ensure inclusive outcomes for all.

Evaluating people’s needs by their individuality, valuing the contribution – economic and social – they make to society and planning for a wider range of outcomes are three concrete ways this can be achieved.

The full consultation response can be found here.

This article was originally published here by ICE on 12 Nov 2018. It was written by Zoe Henderson, Penny Gilg and Joseph Marner.

Retrieved from "https://www.designingbuildings.co.uk/wiki/Inclusive_cities_and_transport_investment"
Create an article