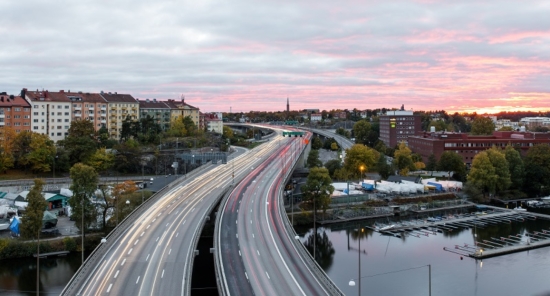 On 20 March 2019, ICE published a new policy paper, Pay as You Go – Achieving Sustainable Roads Funding in England. It follows on from ICE’s State of the Nation 2018: Infrastructure Investment report in October 2018, which recommended replacing fuel duty and Vehicle Excise Duty (VED) with a pay-as-you-go model of road funding.

The paper examines the practical, technological, social and regulatory challenges that different pay-as-you-go models for England’s busiest roads would face, while outlining the steps required to address these.

Taxes on fuel and vehicle ownership will raise nearly £35bn this year. This pays far beyond our road maintenance and expansion needs – raising more than the government spends on all infrastructure in a year.

Yet, as fossil fuels are replaced by zero-emission energy alternatives and if a communal, rather than private, model of personal mobility prevails, revenue from these sources will dwindle in years to come.

The need is pressing. ICE estimates that the government has 10 years to implement a fair, reliable and sustainable system which replaces fuel duty and VED. By the end of 2030, the possibility of increased numbers of electric vehicles exempt from fuel duty and the adoption of driverless cars and other vehicles would see the viability of both taxes plummet.

[edit] Pay as you go could be fairer

A change is supported by the public. YouGov polling for ICE found that 47% of GB adults would support a pay-as-you-go model, if it replaced both VED and fuel duty – with just 23% opposed.

As the National Infrastructure Commission starts to consult on the future of road funding, it's vital that the public are consulted and see the merits of change.

Pay as you go could also, crucially, be fairer.

The richer a driver is, the more likely they are to have a newer car, which uses fuel more efficiently or is exempt from fuel duty or VED because it uses the latest Ultra Low (or nil) emission technologies. That car pays less tax per mile and might even be exempt from VED.

It's also crucial that the government starts this process immediately. By examining the tax revenue implications for different scenarios and looking at alternative ways of raising revenue.

A pay-as-you-go model would need to adhere to several principles. It would need to consider vehicle weight, emissions, noise, efficiency and intensity of use. This would allow for some measure of road pricing to reflect maintenance or promote zero-emission alternatives.

ICE also strongly believes that any model shouldn't raise more than the current generation of taxes. It's important that road users see value for the money they pay for excellent road infrastructure, and that accessibility is maintained for all drivers, rich or poor.

The government could also consider giving direct control of fundraising to Highways England, or another government or private company, as happens in France. This could create a regulated revenue stream; potentially enabling private investment and boosting innovation.

Finally, any pay-as-you-go model should be simple to understand, transparent in its cost and protect the privacy of drivers.

The technology is in place to base road taxation on use, rather than fuel, and it would be more sustainable and fairer for drivers. It's time to rethink how we pay for our roads in a way which supports the ambitious, carbon fuel-free future we deserve and need.

This article was originally published on the ICE Infrastructure Blog on 20 March 2019. It was written by uk Martin Shapland, ICE Policy Manager.

Retrieved from "https://www.designingbuildings.co.uk/wiki/Achieving_sustainable_roads_funding_in_England"
Create an article