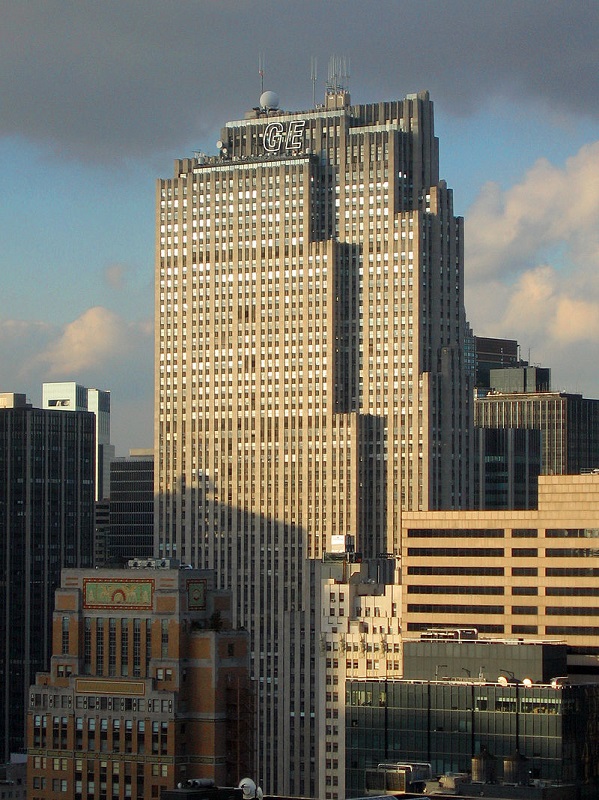 The Rockefeller Feller is a complex of high-rise buildings in Midtown Manhattan, New York City. It was developed in the 1930s by John Rockefeller Jr. The most prominent building of the complex is 30 Rockefeller Plaza, now officially called the Comcast Building but originally known as the RCA Building, then the GE Building, and more popularly referred to as ’30 Rock’.

The Rockefeller Centre is considered an excellent example of the vertical city integrating with the horizontal city. Indeed, the planners and architects, led by Raymond Hood, envisioned the development as being a ‘city within a city’. Multiple circulation layers provide for pedestrian and vehicular traffic, while an underground concourse links every building in the complex to a subterranean retail centre and the subway system.

The tallest building (30 Rock) anchors the middle of the complex, fronted by a plaza and flanked by shorter buildings around the periphery.

30 Rock, built in the Art Deco style, was completed in 1933. At 260 m (850 ft) tall, and 70 storeys, it is currently (2016) the 14th tallest building in New York and the 39th tallest in the United States. It houses the headquarters of the NBC television network and is backdrop to the plaza’s ice rink as well as perhaps the best-known Christmas tree in the world. 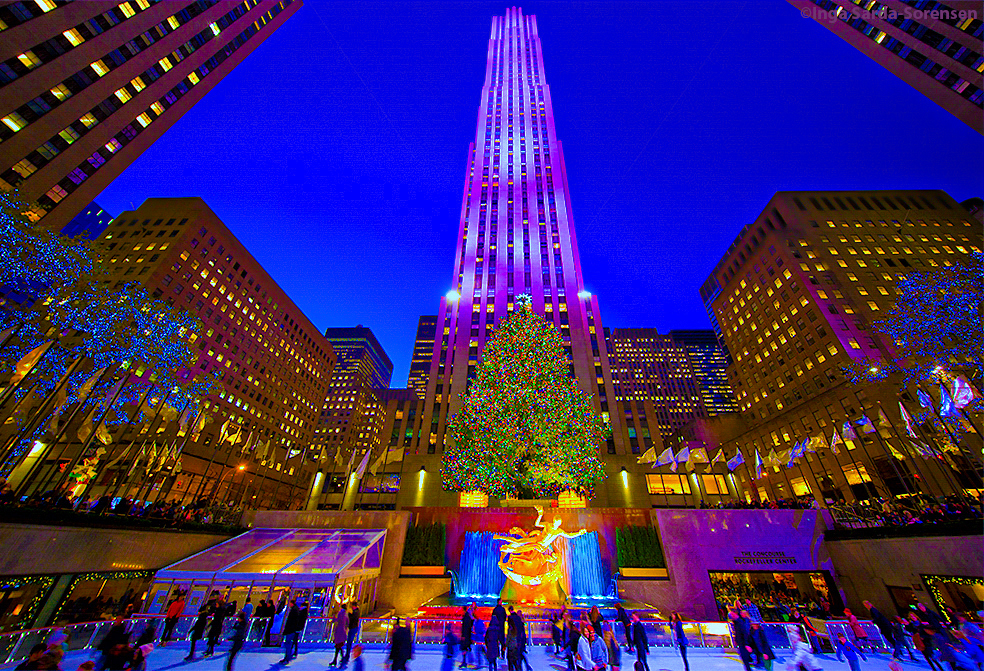 Designed by Raymond Hood, the skyscraper is characterised by its slim, functionally expressive form. It is simple and minimalist rather than avant garde, and relies on its massing and proportion for impressive effect.

Built in the Streamlined Moderne style, in accordance with the city’s zoning regulations, the limestone façade rises in a series of stepped verticals. The building’s height is emphasised by a vertical pattern of lines created by aluminium spandrels. The north and south facades stretch wide, while the east and west ends present slender frontages to the street, allowing the building’s profile to shift with the perspective of the viewer. 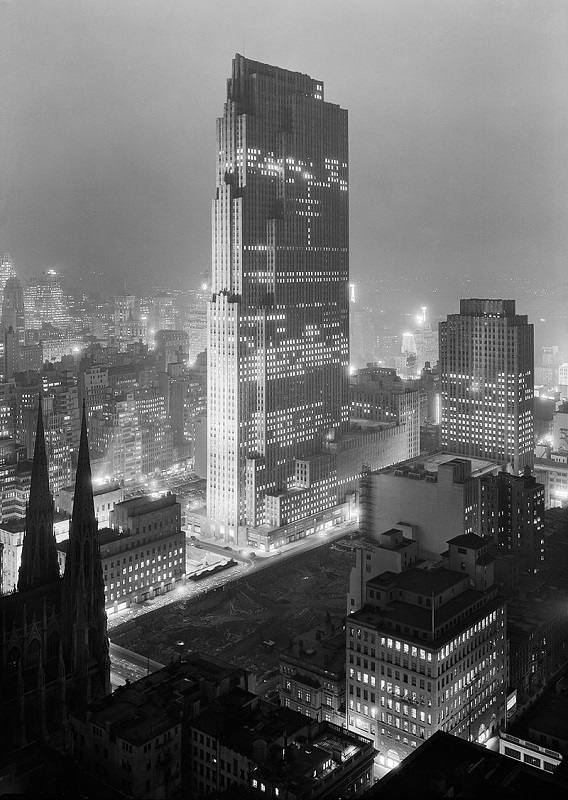 The floor plans of the building were designed to maximise rental values, and provide optimal proximity to windows for inhabitants. Accordingly, it was the first building to be constructed with lifts grouped in the central core as a means of conserving floor space around the perimeter.

Several decorative features were provided by artists and sculptors, most notably Lee Laurie’s rich Art Deco panels depicting allegorical figures of light and sound, and Paul Manship’s golden ‘Prometheus’ overlooking the sunken plaza at the base of the building.

[edit] Lunch atop a skyscraper

During the construction of 30 Rock, a photographer captured the image of a group of ironworkers taking a break sitting on a girder, perilously high above Manhattan, on the 69th floor. ‘Lunch atop a skyscraper’ was first published in the New York Herald Tribune in October 1932 and has become one of the most iconic images of all time.

However, archivists have subsequently theorised that the photograph was not as spontaneous as it might seem, and was in fact pre-arranged by Rockefeller as a means of promoting the new building. 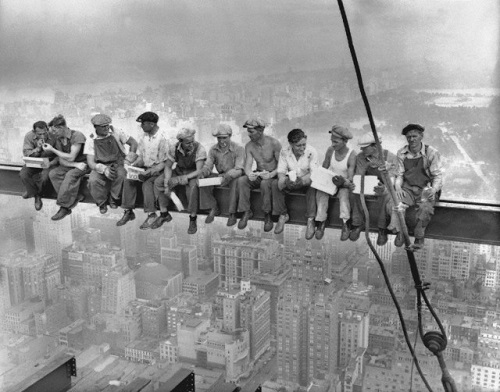 30 Rock is particularly popular with tourists, not only during the winter for its famous ice rink and Christmas tree, but also for the observation deck ‘Top of the Rock’. The deck was built to resemble that of a 1930s ocean liner, with gooseneck fixtures and large air-conditioning vents mimicking ship’s stacks. The deck is widely considered to offer the best panoramic view of Manhattan, and in particular, of the Empire State Building.

The building is also the location of the popular NBC sitcom, also titled ’30 Rock’.

In 2014, the building underwent a $170 million interior renovation, which also instated the NBC Peacock logo on the exterior.

Retrieved from "https://www.designingbuildings.co.uk/wiki/Rockefeller_Center"
Create an article