The Salk Institute for Biological Studies is a scientific research institute in San Diego, USA, established in 1960 by Dr. Jonas Salk as a means for improving health. Designed by architect Louis Kahn it is now considered one of the world’s best buildings.

The Institute is set in a dramatic location, resting 350 ft above the Pacific Ocean on coastal bluffs in La Jolla, San Diego. Evolving out of the International Style, Khan’s approach was to create a building that would be both monumental and spiritually inspiring. He tackled the project as though it were an ‘intellectual retreat’, and drew inspiration from the design of monasteries.

Khan’s design has a symmetrical plan, with two buildings mirroring each other as they flank an open travertine-paved courtyard with a central stream of flowing water. The buildings have 6-storeys, although due to local zoning codes, the first two storeys are underground. Protruding towers of study space jut into the courtyard, connected to the main buildings by bridges. 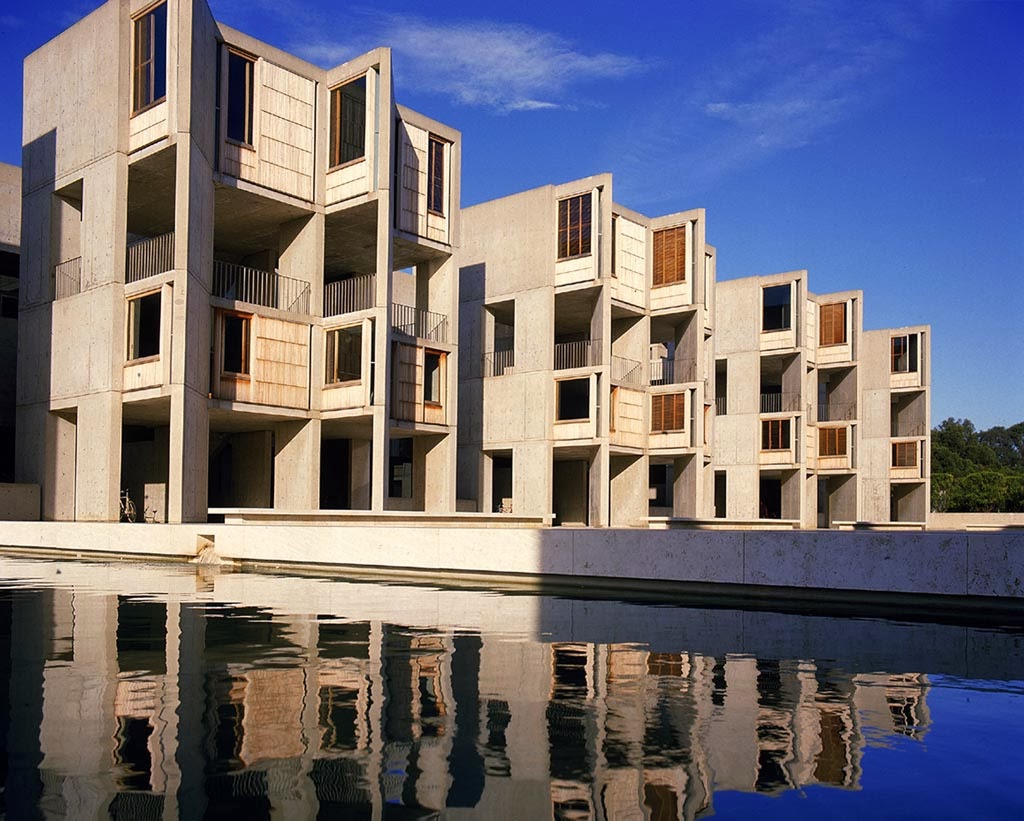 Salk instructed Kahn to create a welcoming and inspiring environment for scientific research, with laboratory spaces capable of adapting to changing needs. Kahn designed open-plan laboratories that they would be flooded with natural light, taking advantage of the coastal location. A series of lightwells on both sides of each building that measure 40 ft long and 25 ft wide bring natural light to the underground levels.

Kahn used materials that would be strong and durable while requiring only minimal maintenance; concrete, teak, lead, glass and steel. He examined the type of concrete used by the ancient Romans to achieve high durability and waterproofing. This involved the use of ‘pozzolanic’ concrete made with volcanic ash that achieves a warm, pinkish glow.

Other than the deterioration of the teak elements, the building’s exterior looks very much the same today as when construction was completed in 1965.

In 1991, the Institute was designated as a historical landmark, and has been deemed eligible for listing on the National Register of Historic Places.

Retrieved from "https://www.designingbuildings.co.uk/wiki/Salk_Institute"
Create an article