Reporting from the Front: Saving the City 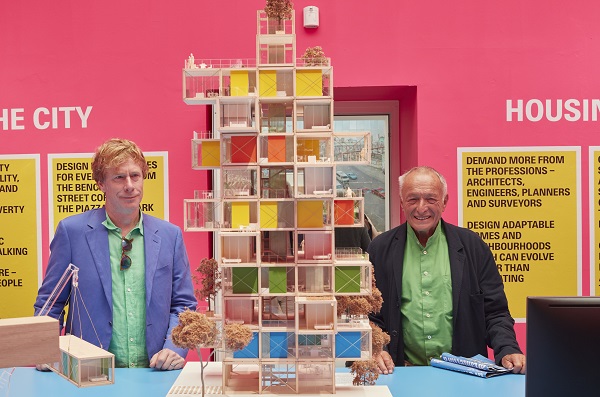 In February 2018, the installation opened at the Bristol Architecture Centre, where it will run until 7th April 2018.

The ideas behind ‘Saving the City’ are based around the fact that one in four people across the world are homeless, or live in slums or other substandard housing. The housing crisis, not only in the UK, but around the world, is threatening to destroy the mix and viability of our cities. RSHP suggest that ‘decent housing should be seen as a human right, like food and healthcare, and as an essential element of the compact city’. 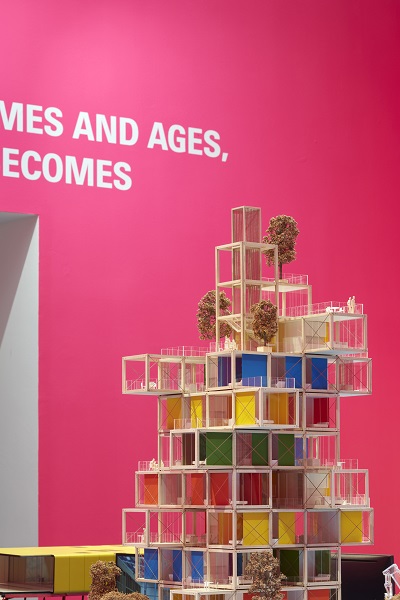 By 2050, it is estimated that two-thirds of the global population will live in cities. RSHP argue that compact cities, which re-use urban land, built around public transport hubs and a mixture of uses, are the only sustainable form of urban development that can meet the demands of the growing city.

The installation exhibits 30 years of factory-built housing designed by RSHP and highlights the need for a revolution in housing supply, with well-designed, factory-produced, fast-build, high-performance, affordable homes.

The ZipUp house was designed for a 1969 competition and was the first of the practice’s schemes for prefabricated housing. Made from insulated panels used for refrigerated trucks and supported on steel jacks, the house was designed to be assembled, extended and adapted more quickly and cheaply than conventional buildings. The eight-inch thick panels are self-supporting and highly insulated – one 3 kw heater would generate sufficient warmth for the standard unit.

The Industrialised Housing System responded to the client’s brief to produce 100,000 studio units at a fifth of the cost of conventional homes, and, combined with the practice’s interest in affordable housing, was the driving force behind this design for modular prefabricated housing. The 43 sq. m units were to be fitted out in the factory, craned into place and plugged into a core in configurations ranging from a low-rise to a 25-storey apartment block.

These are two current schemes which provide accommodation for those requiring emergency housing in London, with the ethos based on short construction times and high quality. Both use precision cutting with standard materials to create high-quality volumetric units which are fully fitted out in the factory and craned into place on site. The speed of construction and sustainable design make them an economic proposition for both the client and the user.

Tree House uses a timber structure that can be assembled in low-tech factories from locally-sourced timber, and stacked up to ten storeys. Each 75 sq. m unit has a highly-flexible internal layout, and access to private or communal garden spaces on the roof of the unit below. The ground floor is given over to open space and cafes, to encourage interaction and community building. 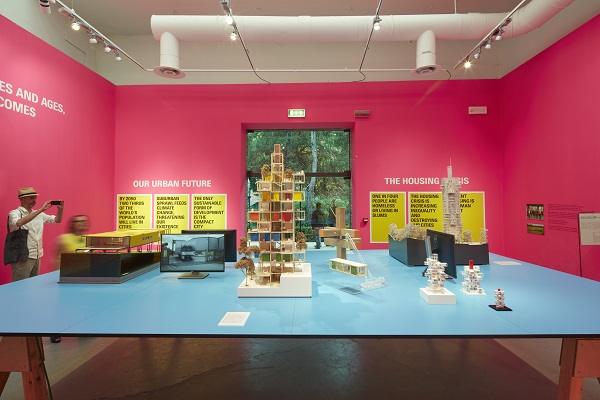 “The growth of urban populations and the rising threat of climate change makes building compact sustainable cities all the more important for the future of civilisation. We need to reinvent our cities, investing in transport and public spaces, and finding new ways to adapt and retrofit old neighbourhoods. Ideas like Tree House will help to build the cities of the future, but the fight to save our cities is a battle that everyone should join.”

“Housing affordability is fundamental to a broad and cosmopolitan society.Our focus has been on developing an approach that delivers more space, more quality, more performance and more flexibility for less cost, less time and less fuss. We believe that if our research and the examples we have pioneered can help precipitate a shift in traditional attitudes to construction, such that society’s housing needs are met, then we will have helped save our cities.”

Retrieved from "https://www.designingbuildings.co.uk/wiki/Reporting_from_the_Front:_Saving_the_City"
Create an article