“In architectural terms they designed a wonderful building that makes an impact on everybody and created a truly functional and efficient airport that facilitates the flow of passengers through the building.” Jose Manuel Hesse Martin, Plan Barajas Director.

The terminal, which is the biggest in Spain, was commissioned to enable Barajas International Airport to compete with major hub airports within Europe. The core building comprises a sequence of parallel spaces separated by a linear block allowing daylight to penetrate deep into the interior. The same form is applied to the satellite, which is composed of two linear blocks, one for passport control and the other containing the gates.

The bamboo linear roof structure is connected above by a chain of roof lights, permitting maximum flexibility in the arrangement of accommodation on each of the floors. This enables the building to be expanded in phases. The new terminal has a metro, rail station and landside transit link to the existing terminals as well as a transit system linking the core terminal with the satellite.

Pedestrian circulation to and from the parking area is concentrated along the face of the parking structure, creating an animated façade opposite the terminal. The layout of the arrivals hall creates clear and separate routes to the various modes of ground transportation, giving equal weight to public and private transport. The arrivals and departures forecourts as well as the train and metro station are covered by a standard module of the roof, which encompasses the entire sequence of activities from drop-off to departure gate.

Environmental measures, aimed at significantly reducing energy consumption, include a stratified cooling system, displacement ventilation supply to the piers, low level air supply to all other passenger areas, extensive shading to the facades and roof lights, zoned lighting and the collection of rainwater to irrigate the landscape. 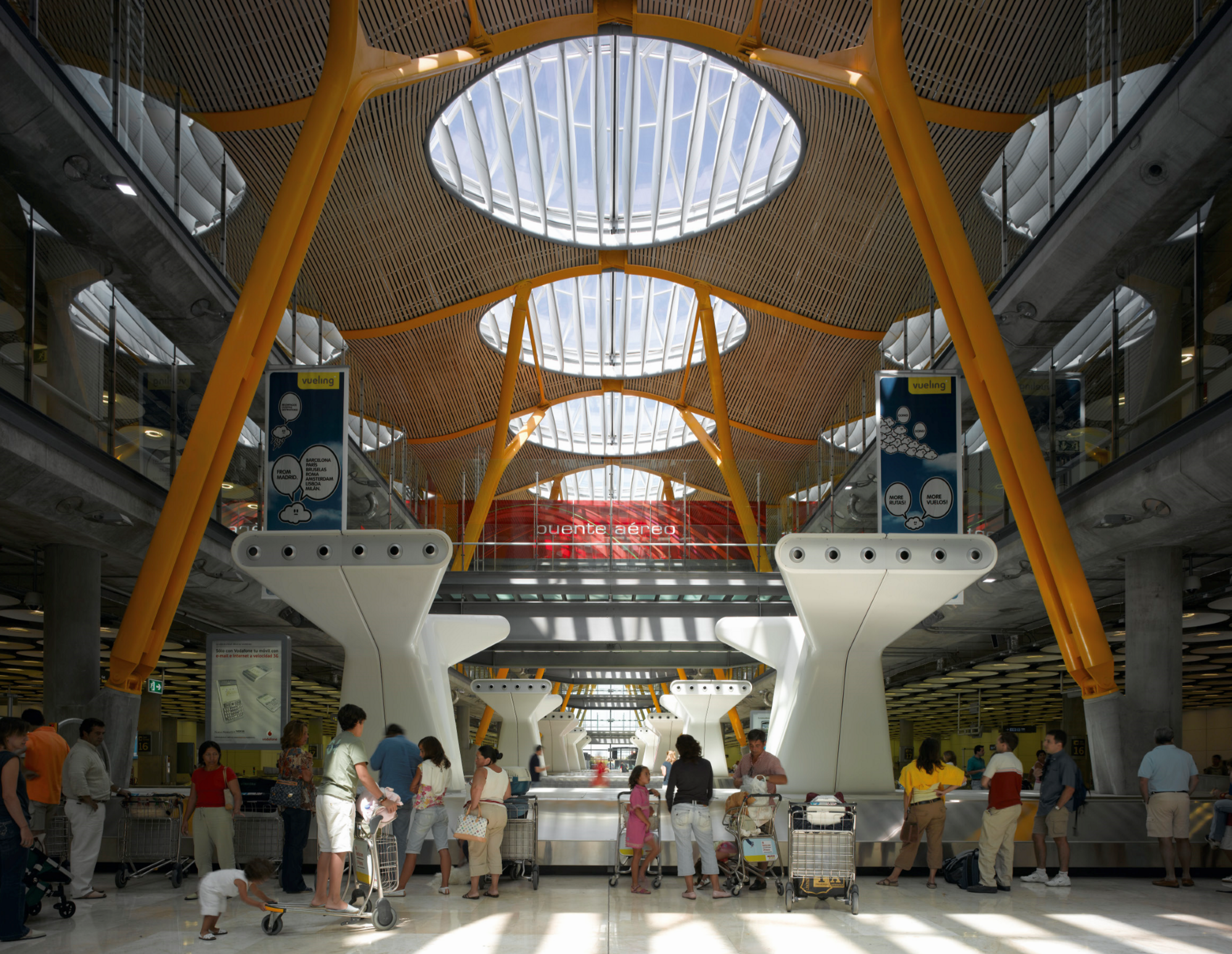 Retrieved from "https://www.designingbuildings.co.uk/wiki/Madrid_Barajas_Airport"
Create an article