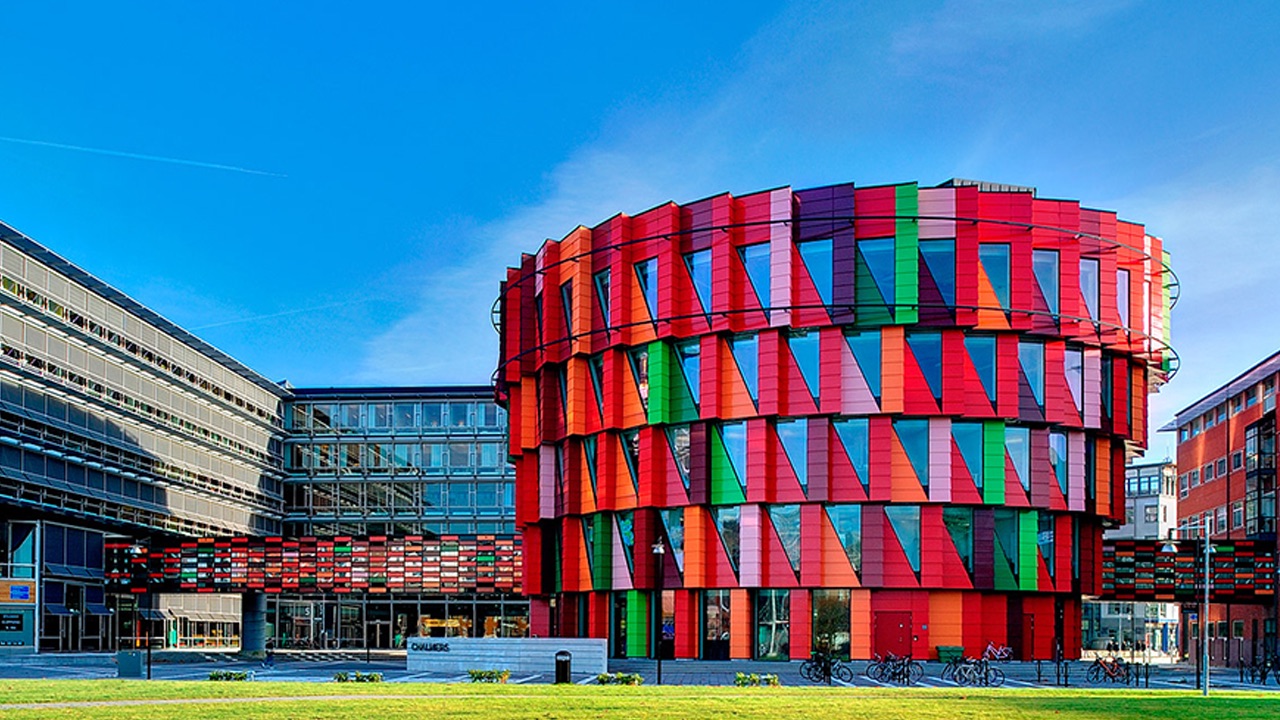 Chalmers Real Estate is the property company of Chalmers Technical University. Its main objective is to make the Chalmers campus a world leading science campus, with the smallest possible ecological footprint. The goal is to create a globally attractive, sustainable site for people and meetings. The company has two campus sites, Johanneberg and Linholmen, both situated in Gothenburg on the west coast of Sweden. The buildings in the two campus sites are mainly modern offices, lecture theatres and workshops.

The company has more than 300,000 square metres of complex buildings, with a wide array of different activities going on inside. The varied use of the buildings for activities such as material testing labs with climate chambers and gymnastic halls for student leisure, makes for a challenging task in the daily routine of the operations team. It also makes installing technical systems a very complex procedure, since indoor climate requirements can differ substantially within and across the portfolio.

Chalmers Real Estate works with the explicit aim of being a pioneer in developing, building and managing a sustainable future. Although Chalmers is a real estate company, they are also a form of testing lab, in which they use their own properties to try out new technologies that could contribute to improving energy efficiency.

This pioneering approach led Chalmers Real Estate to install Ecopilot in their Kuggen building in 2014. Kuggen, which is a new landmark property at the Lindholmen campus in Gothenburg harbour, was an energy efficient building prior to the installation of Ecopilot, with a Green Building classification. The building had a modern building management system which controlled the heating, cooling and ventilation equipment. The original BMS did not take the building’s thermal mass into account, which is a considerable asset in a modern concrete structure such as this.

In buildings, internal heat from people and equipment is constantly being added. Part of this heat is stored in the structure, and this can be utilised when controlling the systems used for ventilation, heating and cooling. The theoretical principles for this type of control were established at the Royal Institute of Technology at the beginning of the 1990s and resulted in the report "Power and energy savings through simplified control and operation of installed systems in buildings."

Ecopilot was installed as an energy optimising module, to enhance the existing BMS. Ecopilot gives the existing BMS new set points for heating, cooling and ventilation based on Kuggen’s thermal mass signature, variable internal load and weather conditions, both present and future.

Ecopilot takes into account the specific structure's thermal inertia, internal heat sources and local weather forecasts. The system also allows for large variations in indoor temperatures and the energy balance is continuously calculated in order to minimise the energy needs of the building. The reduction derives from more efficient utilisation of the internal structure heat and the fact that the superior control system avoids both heating and cooling the structure simultaneously.

"We use Ecopilot in properties that are already energy efficient, but we still see very clear results” commented Bengt Bergsten, Energy Strategist at Chalmers Real Estate

As part of the verification process, Chalmers used the independent consulting firm CIT Energy Management to verify the expected savings from Ecopilot. The measured and verified results by CIT confirmed savings of 50% on heating, 67% on cooling and 26% on electricity for operations. The indoor climate was surveyed before and after the installation and despite the enviable energy reductions Kuggen personnel could feel no negative difference in the indoor climate.

CIT’s conclusion from their assessment of Kuggen, was that using the buildings thermal mass trough systems that optimises, heating, cooling and ventilation is a "technical solution with verifiable and positive results. The solution, implemented on a larger scale, has the potential to substantially lower energy use in the built environment".

We chose to try Ecopilot for two main reasons.

The possibilities of effectively using a building’s own capacity to store and utilise heat in the joists, felt particularly interesting. Given that our premises need both heating and cooling, we found that Ecopilot matched our needs very well. It is the only comprehensive system that controls both heating and cooling in this way. Historically, heating control has often been very primitive, but today there are far better solutions, of which Ecopilot is a clear example” concluded Bengt Bergsten, Energy Strategist at Chalmers Real Estate

A very important aspect of the project was for the energy savings to never be achieved to the detriment of the internal environment. The control system supplier states that the internal environment is not adversely affected, and indeed is often improved by the use of their control system. This claim was evaluated by both a questionnaire survey before and after commissioning of the new superior control system, and also by analysing logged data concerning room temperature and air flow from the control and monitoring system. In addition, supplementary carbon dioxide measurements were taken in two selected rooms, one being an office space and the other a large refreshment/lunch room.

Retrieved from "https://www.designingbuildings.co.uk/wiki/Ecopilot"
Create an article