Designing and building appropriate infrastructure for cycle traffic is needed to increase levels of cycle use and reduce congestion in towns and cities. Professor John Parkin, UWE Bristol, discusses a new ICE publication advising how engineers can create conditions where anyone and everyone can cycle. 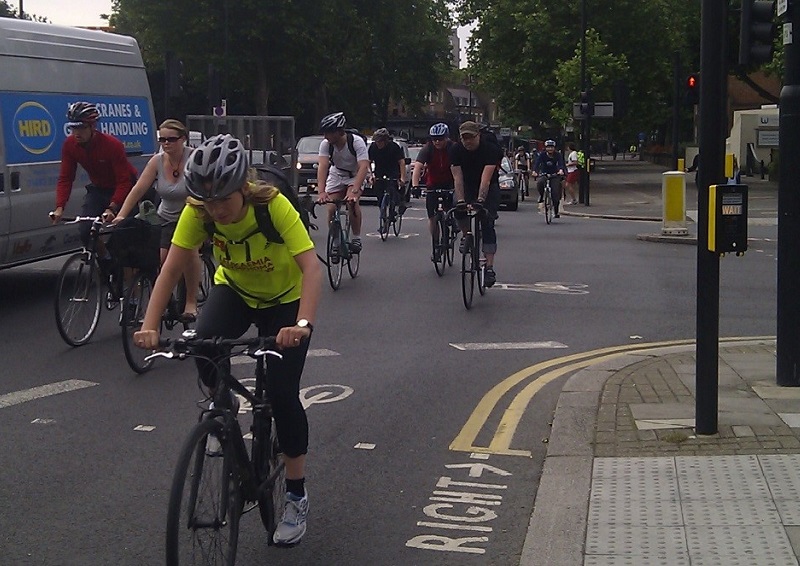 ICE has published 'Designing for cycle traffic', a book that explains the principles of good design, and exemplifies them through good international practice.

The book is timely because significant developments have taken place in recent years in both design guidance and practice. If we had no motorways, we’d have no motorway traffic, similarly, if we have no suitable cycleways, we’ll have no cycle traffic. We need the infrastructure to allow cycling to flourish.

Language is important because it’s generally value-laden and affects the way we think.

Therefore, just as the Dutch, the Danes and the Germans do, the book talks about cycle traffic, and avoids the false dichotomy of ‘motor traffic and cyclists’.

[edit] Standards and ‘custom and practice’

Highway and traffic engineering are highly regulated by standards, but there’s also a good deal of ‘custom and practice’ that’s built up over the years. This custom and practice often results in extremely poor outcomes for cycle traffic.

The worst examples arguably are when weak attempts are made to reduce actual or perceived risk, but with no regard to the efficiency of movement still needed for cycle traffic.

Shared use footways are perhaps the classic example: they create problems of their own and have no regard for cycle design speed.

The most important principle any designer should recognise is that ‘the bicycle is a vehicle capable of speed’. This should be etched onto the desk of every designer because its implications are huge.

Being a vehicle, a cycle should be afforded the full usual traffic engineering specifications of control, warning and guidance everywhere along a route.

Every designer knows that the design speed flows through into every single aspect of the design including: horizontal and vertical curves, widths, and stopping sight distances.

[The design speed influences every aspect of design for cycle traffic.]

At just over 20 km/hr, the mean speed of cycle traffic is significantly higher than that of pedestrians at 4 km/hr.

Cycle traffic should, therefore, never be mixed with pedestrians. Exemptions to this basic rule might be at destinations, for example, central squares, or rural routes where pedestrian volumes are very low.

Again, this is too different from the speed of cycle traffic for comfortable mixing at anything other than very low motor traffic flows.

These speed differentials are a clear signal that cycle traffic should be provide with its own separated networks, as has been done for many years in The Netherlands.

The cycle rider is exposed to the environment through which they travel.

This means that the environment has to be designed to be comfortable and attractive, and this can be achieved by careful alignment planning, and appropriate treatments. 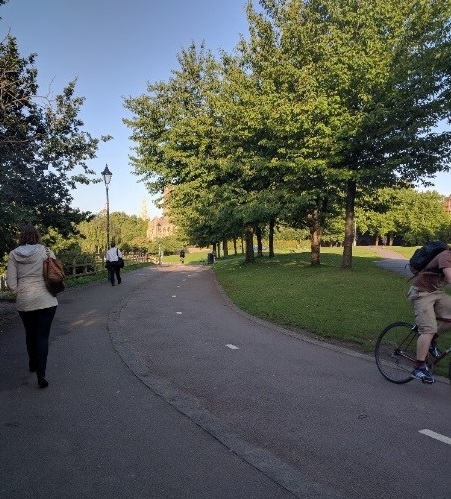 [Routes need to be comfortable and attractive.]

A recognised significant reason limiting cycling uptake is the dominating presence of motor traffic, and motor traffic also has other negative impacts on the liveability of cities generally, such as land take, noise and pollution.

Cycle routes themselves need to be part of a comprehensive network of routes. 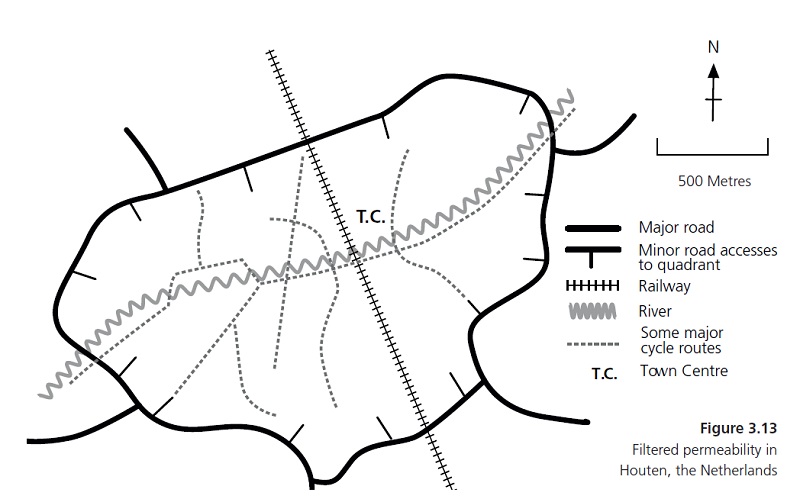 [A hierarchy of routes needs to be developed.]

[edit] Cycling for all

By focusing on the design speed, a designer will be able to accommodate all types of cyclist. There are however very many different types of cycle, and they all need to be catered for.

Effective designs that allow anyone and everyone to cycle on all types of cycle will create efficient transport systems that support economic vibrancy, social activity, and environmental sustainability.

We’ll have achieved ‘cycling for all’, with all its benefits.

This article was originally published here by ICE on 4 Oct 2018. It was written by Professor John Parkin, UWE Bristol.

Retrieved from "https://www.designingbuildings.co.uk/wiki/Designing_for_cycle_traffic"
Create an article