Are electric bikes the future? 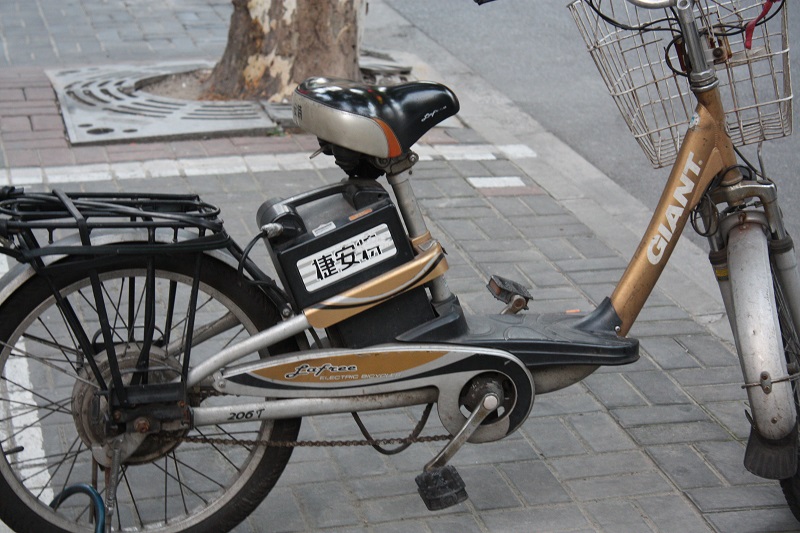 Cars offers great freedom and convenience, but have many fundamental problems.

Most cars still burn fossil fuels, in an internal combustion engine (ICE), and whilst car manufacturers have tried to make them as efficient as possible, even combining ICE with electric power in hybrids, all cars with an ICE emit carbon dioxide (CO2) and pollution. CO2 is a contributor to climate change, and pollution can have a big impact on air quality.

In December 2016, the Mayor of London, Sadiq Khan, launched a campaign urging people not to drive. He announced plans to spend £770m on cycling schemes over five years. This level of spending will take London near to the per capita levels of cycle-friendly countries such as Denmark and the Netherlands.

He also drew attention to the air quality in London, with parents being advised to 'take care' when taking babies outside because of the levels of pollution.

Tesla think they have found the solution; an electric car that has no tail pipe emissions, with integrated solar and battery storage. While currently out of economic reach for most, Tesla promise that they will be more affordable in the future. But even £100,000 Tesla’s will still have to sit in traffic and, according to the RAC, commuting adds more than 700 calories to an individual's diet. Pollution also comes from tyres and brake pads.

Owners of financed electric cars such as Nissan LEAFs and Renault ZOEs are reported to be going over their contracted mileage limits, presumably because owners are not thinking about fuel costs. In 2015, traffic in the UK grew by 2.2% and the rise looks set to continue.

So what is the solution? Simply put, there isn’t one solution.

It is encouraging to see some housebuilders trying to think outside the box; for example, Curo is planning a cable car to link its new development with the centre of Bath.

In addition, cycling has really taken off in many places in the UK. Cyclists now make up 70% of traffic on London's Blackfriars Bridge.

There are a great variety of e-bikes available worldwide, from e-bikes that have a small motor to assist the rider's pedal-power, to more powerful e-bikes which offer closer to moped-style functionality. Regardless of motor-size, all e-bikes retain the ability to be pedalled by the rider, which distinguishes them from electric motorcycles.

E-bikes use rechargeable batteries and the lighter varieties can travel up to 25 - 32 km/h (16 - 20 mph), depending on the laws of the country in which they are sold, while the more high-powered varieties can do in excess of 45 km/h (28 mph).

In the Autumn statement, the Chancellor announced £2.3bn for new housing infrastructure. To ensure that we don’t have continued pollution events, traffic jams and poor health we need to ensure that where this money is spent on transport, it should favour sustainable options.

Home Quality Mark, and BREEAM Communities (master planning scheme) both encourage sustainable transport options in new housing developments. This includes better provisions for walking, cycling and public transport and also the installation of electric vehicle charging facilities. In Home Quality Mark this makes up part of the indicator scoring with impacts upon costs, health and wellbeing and environmental footprint.

This text is based on an article originally published on 5 Dec 2016 by BRE Buzz, written by Gwyn Roberts.

In the UK the electric motor needs to stop assisting at 15.5 mph, otherwise the vehicle is classed as an electric motorbike, and not allowed to use bike lanes etc. You can still go faster, but you'll need to propel yourself or ride down hill.