With Tesla Autopilot, Google Waymo, and even driverless Uber taxis hitting the roads in 2016, it seems the autonomous era of robot cars is well on the way. At the same time, the 'sharing economy' grows consistently worldwide with a projected growth rate of 22% in the US alone.

It seems one sector is all about people, and the other taking responsibility away from people, so how do the two fit together? 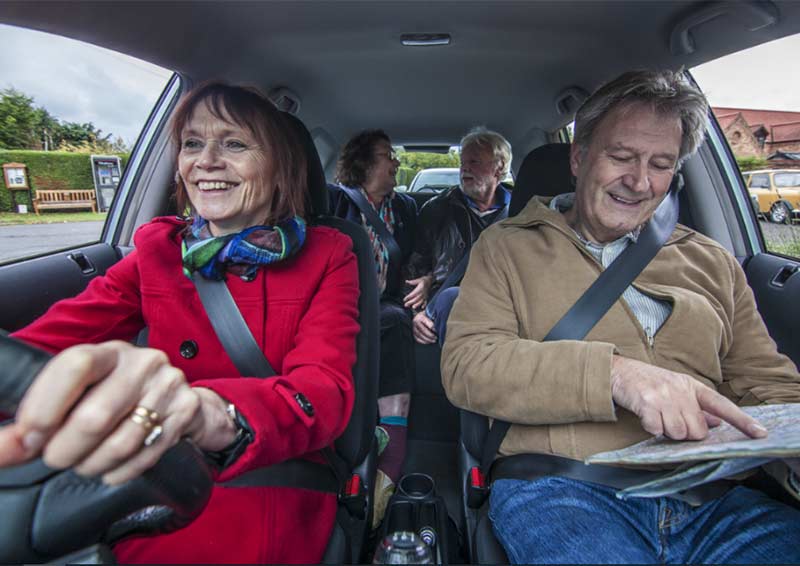 More people already commute to work by car sharing than by train. Over 100,000 people already share trips every day on Liftshare but this is still just scratching at the surface of huge potential – there are still 38 million empty car seats every rush hour across the UK.

Assuming car sharing and car clubs continue to grow in popularity, as they have been in line with wider sharing economy growth: what happens to the lift-sharer when neither person needs to drive?

A major factor to consider is the licensing implications around a car that doesn't require a human driver. If laws stay similar to those at present, it could be that at least one fully licensed person will need to be in the car at all times, regardless of intervention into the autonomous system.

In this case, those who can't drive would still need to share with someone who could. In 2016, this was around 28% of the British population within driving age - in the region of 13 million people who may still need a lift.

This, of course, is reliant on legislation requiring some kind of qualification - whether that’s a full UK driving licence, an 'intervention licence' of sorts, or a whole new training programme based specifically on autonomous technology. If this isn't required, then the choice as to whether or not you want to share your journey may be taken out of your hands.

The most common is to save money. As current insurance rules stand someone offering out their spare seats cannot make a profit without impacting on a hire and reward clause. Therefore, any money exchanged must be stringently calculated and be no more than a contribution towards petrol and general wear and tear.

This margin of pricing means that for most taking a lift works out cheaper than public transport, particularly when booking at short notice before a trip. To help ensure members stay on the right side of the rules, systems like Liftshare calculate the chargeable price based on mileage and the number of seats available.

The second reason is to 'do their bit for the environment'. Given the ongoing accusation that ridesharing companies such as Uber are actually increasing the number of cars on the road, and therefore traffic, we want to be eco-friendly wherever we can. Two people getting into one petrol-fuelled car is still better than one in a petrol car and one in a hybrid.

Unless autonomous vehicles are entirely electric - and more energy-efficient than current models - then anyone eco-minded would likely still consider shared trips as a more sustainable option.

The final but important factor is socialising. Whether it’s networking with a colleague, singing along to the radio 'carpool karaoke'-style, or learning something new, the social aspect of shared travel is often underestimated.

Some find comfort in having someone else with them for safety and others just like to talk and meet new people. Whatever the level and topic of discussion or interaction connecting with another human being can, as technology stands, not be beaten.

While autonomous vehicles will likely include a lot of features that aren't purely based on the ability to drive without a human will they include something as interactive, unpredictable, and in some cases, heart-warming as a person?

If not, then our cravings for sharing human interaction will still stand and sharing will remain safe as an opportunity for not just some saved pennies and a warm feeling as your carbon footprint reduces but as a chance for synergy with another one of 'us'.

This article was originally published here by ICE on 13 February 2017. It was written by Lex Barber, Liftshare.

NB Emissions Gap Report 2019 published by the UN Environment Programme defines ride sharing/car sharing as: ‘Two forms of arrangements in which two or more people share a vehicle for transportation. In ride sharing, also known as carpooling, the driver takes a passenger along for a ride that the driver gains utility from as well, often for commutes or long distance trips. This arrangement is distinguishable from ride hailing or ride sourcing, both of which are a form of taxi service. In car sharing, a person hires a car from another for a limited duration of time without the owner to undertake the desired trip.’

Retrieved from "https://www.designingbuildings.co.uk/wiki/Car_sharing"
Create an article